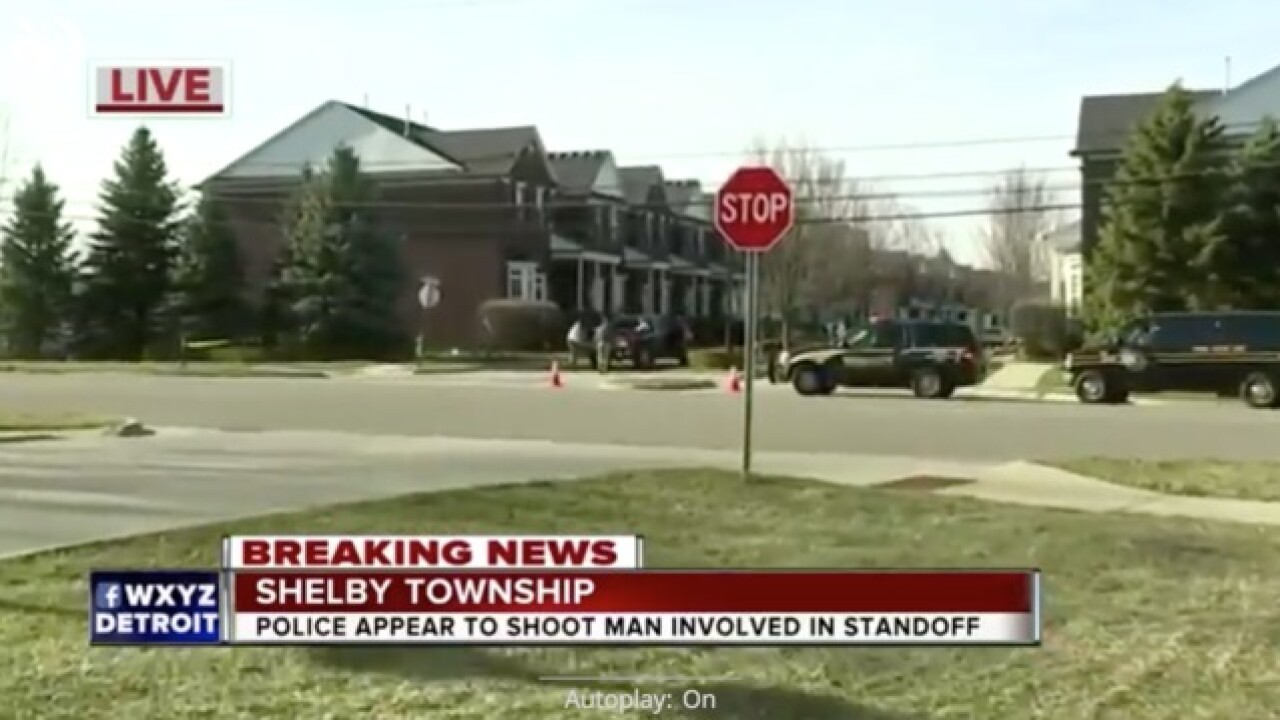 A man was shot by Shelby Township police after he barricaded himself in his home on Thursday, police say.

A woman contacted police and said her boyfriend, 35, had a gun in his mouth and fired a shot inside the private residence in the 53000 block of Providence Drive.

Officers heard gunshots within a short time frame and attempted to draw out the suspect peacefully.

Police say after repeated attempts, the suspect threatened that he was coming out to shoot police officers. Immediately after, police say the suspect came out of the apartment and engaged officers.

Officers fired shots in self-defense, police say, resulting in the suspect being shot multiple times. He was immediately given emergency medical aid and was transported to a trauma facility.