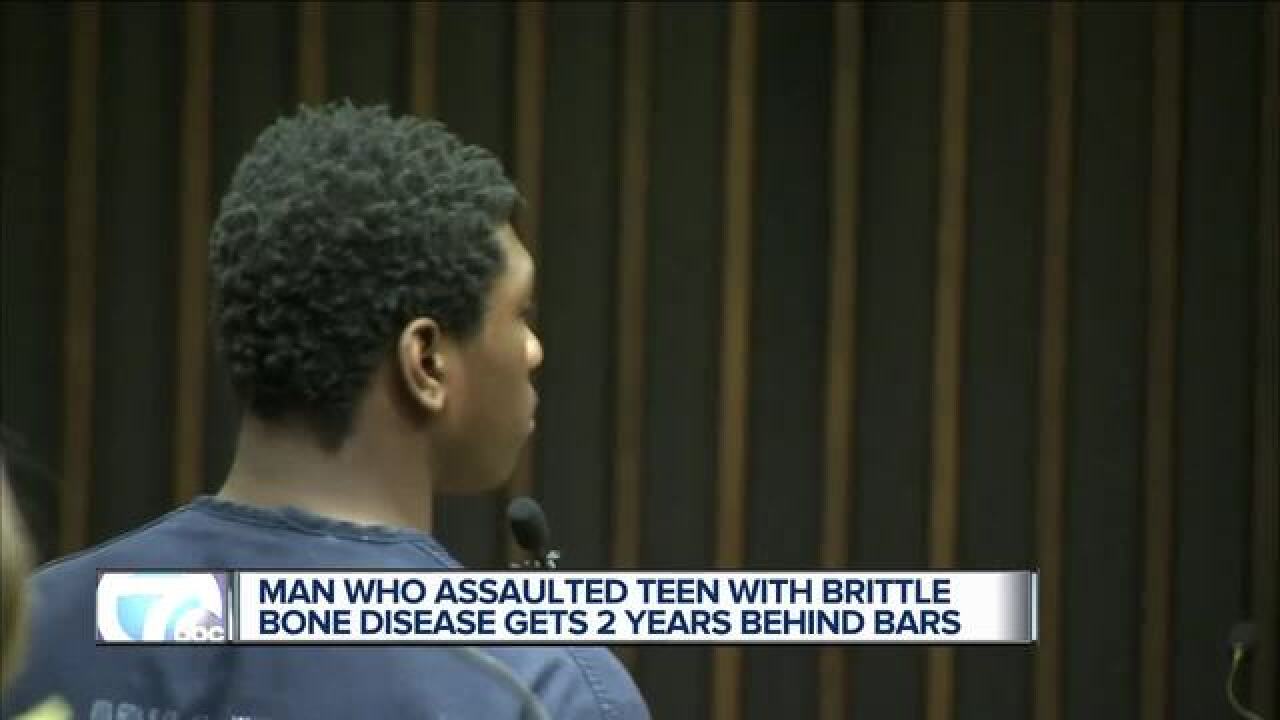 A suspect accused of brutally attacking a teen who suffers from Brittle Bone Disease was sentenced on Thursday.

Stewart struck her multiple times with a brick, breaking seven bones in her face and one in her hand.

Despite his apology, the judge said Stewart never took full responsibility for his actions and gave him two years behind bars for assault.

Jenkins' mother said she disagreed with the punishment.

"I feel like it's wrong," she said. "You cannot get two years for pre-meditated beating of a handicapped child. I'm sorry to be mean to the judge but I feel that he was very, very wrong today because he got two years out of 20 and I'm not understanding this. Justice was not served."

Jenkins' mother says her daughter will always have scarring and numbness on one side of her face, and that her daughter's hand will never be the same.

The second suspect in the case, Lazariea Dejanea Bacon, is expected to be sentenced Monday.