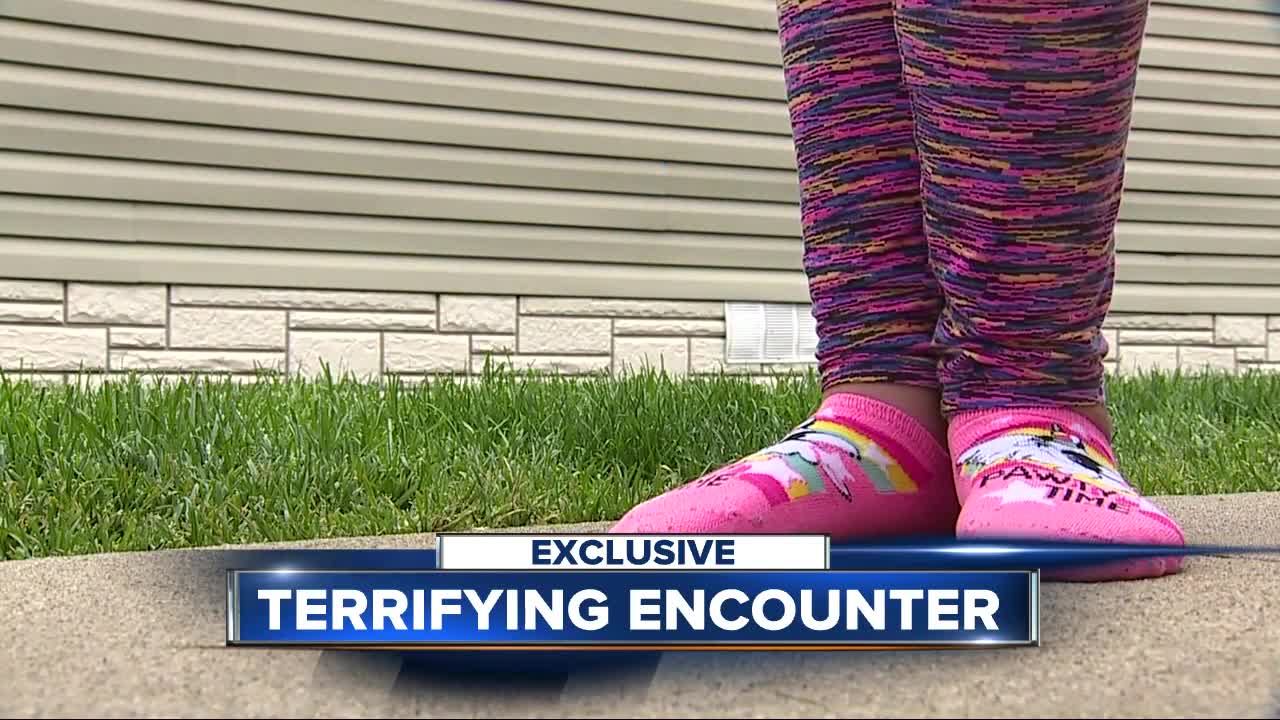 In an exclusive interview with Action News, a mother and daughter in Macomb Township talk about a terrifying stranger danger incident that happened Wednesday morning, and why other families should incorporate password safety.

MACOMB TOWNSHIP, Mich. (WXYZ) — In an exclusive interview with Action News, a mother and daughter in Macomb Township talk about a terrifying stranger danger incident that happened Wednesday morning, and why other families should incorporate password safety.

"I just froze for a second and then in my mind I said, 'run, run, run,'" said 12-year-old Macomb Township girl who will remain anonymous.

Police say a man told the girl to get in his newer model, black Chevy sedan as she was walking to her bus stop. Fortunately, it was something the girl did that prevented her from getting into the car with the suspect.

The 12-year-old asked the suspect what the "secret password" was. When the man didn’t know, the little girl did the right thing and ran off.

The mother of a 12-year-old girl says it was terrifying, the whole ordeal.

"I actually got a call from school and it was very frightening," said the mother, who also chose to stay anonymous out of concern the suspect will return.

The Macomb Township mother and daughter came up with the password idea from something they saw earlier.

"I don’t remember if I saw it in Facebook or in the news, somewhere I saw it was important to have some type of a password so that when you have to send somebody else to get (your child) they know that it is you who’s sending them," the Mother said.

Deputies say the little girl was on her way to the bus stop when a man in a black, four-door Chevy sedan with heavily tinted windows approached. The suspect is a white male, believed to be in his 20’s.

"In my mind, I said you don’t want to get in the car because something bad is going to happen and you’re never going to see your family again," the 12-year-old said.

It’s another reminder about the importance of parents teaching their children to always be vigilant and alert when out in public. You just never know when or where something can happen.

"Even though you know somebody, sometimes bad things happen with people you know," the mother added.

The 12-year-old also has a message for other kids to hear.

"Stay safe and put a password with your family and don’t ever talk to strangers, or ever get in their cars," she said.

If you have any information tonight about this stranger danger incident that happened in the area of Bolingbrook and Camelot, give the Macomb County Sheriff's Office a call.