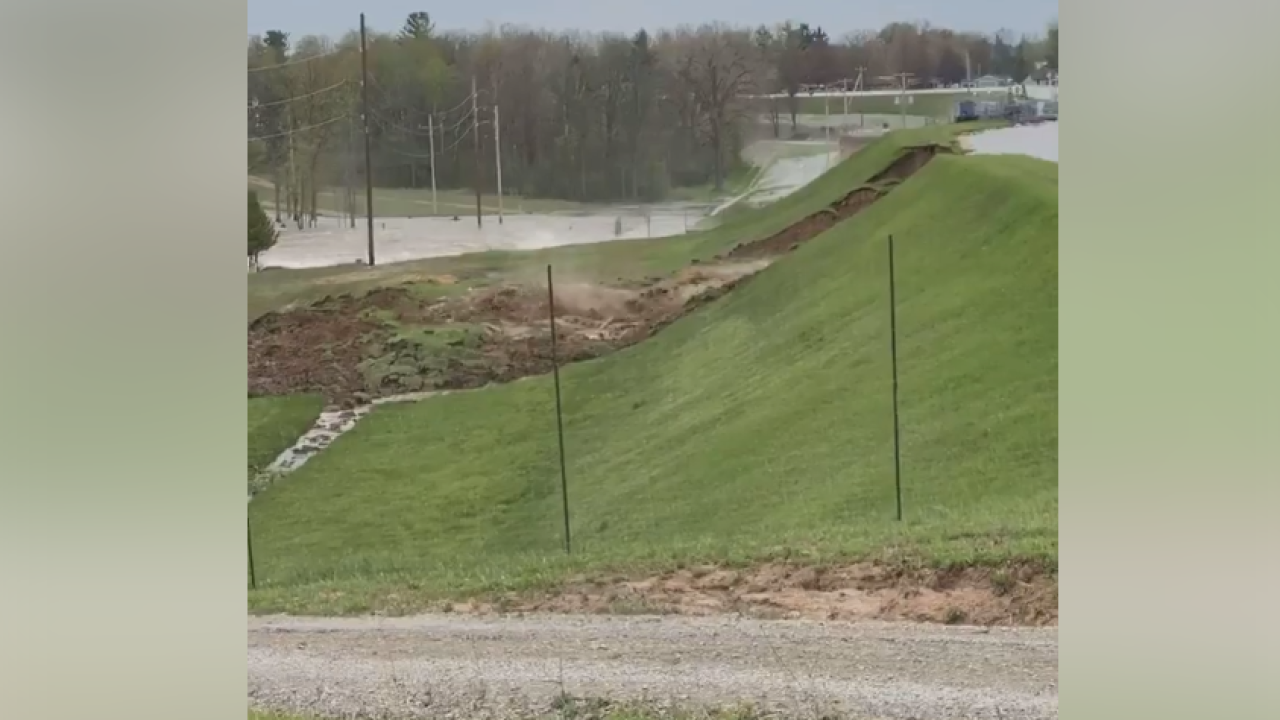 (WXYZ) — A video captured by a viewer shows the moment the Edenville Dam breached, causing historic flooding in Midland County on Tuesday.

According to Midland City officials on Thursday, the water is receding, but it may take four to five days, just to get "down close to normal river levels."

Gov. Whitmer announced a state of emergency in Michigan on Tuesday, May 19, as two dams breached following days of record rain in the region.

The funding makes it possible for FEMA to provide needed equipment and resources as needed. This emergency assistance will be provided at 75 percent federal funding.