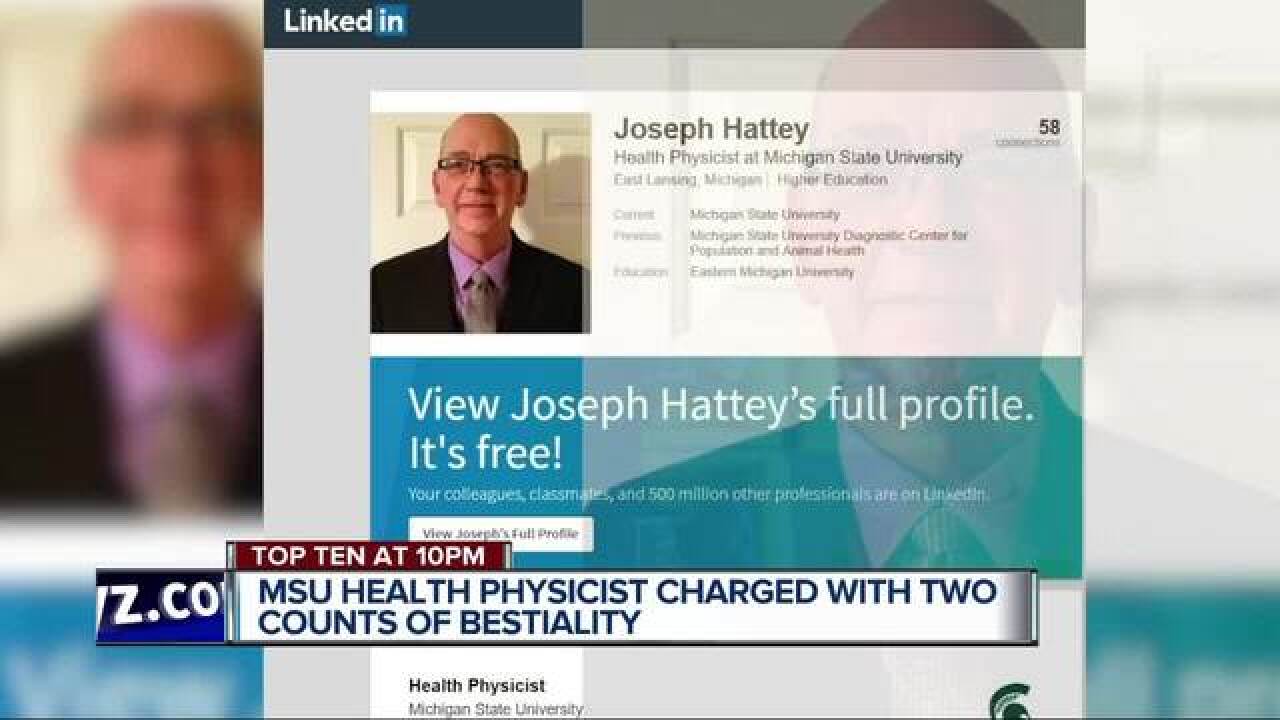 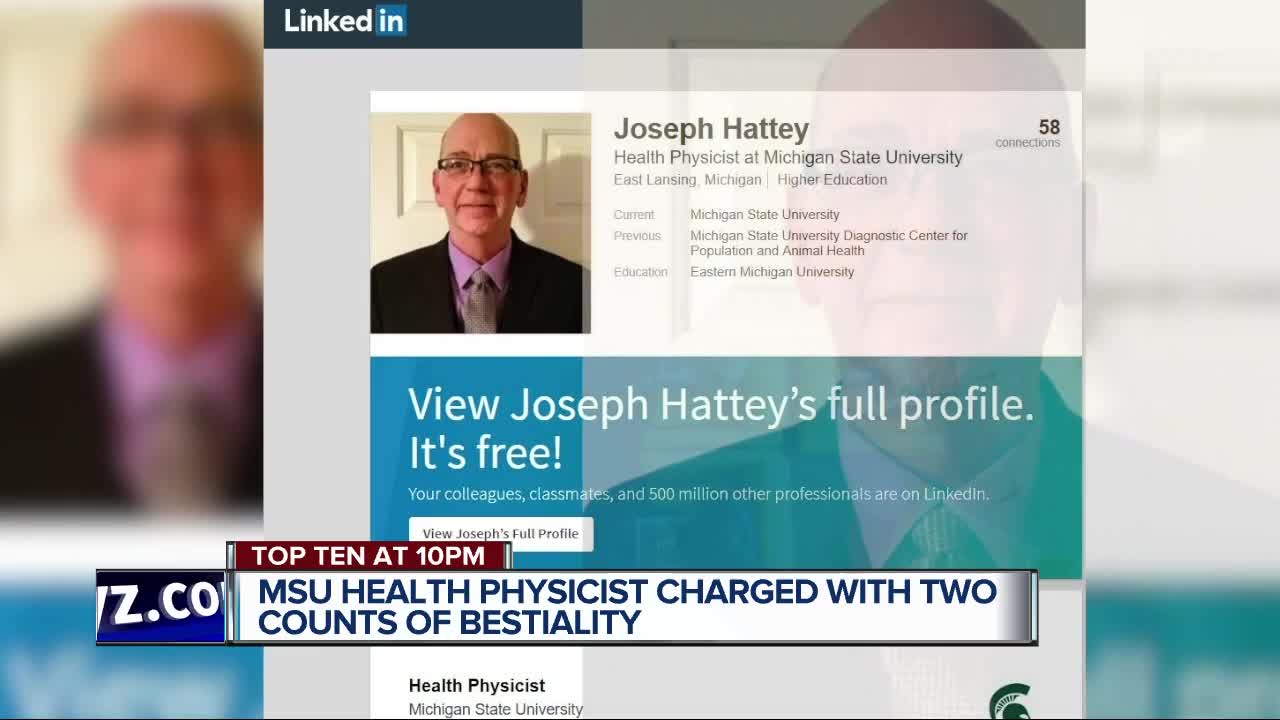 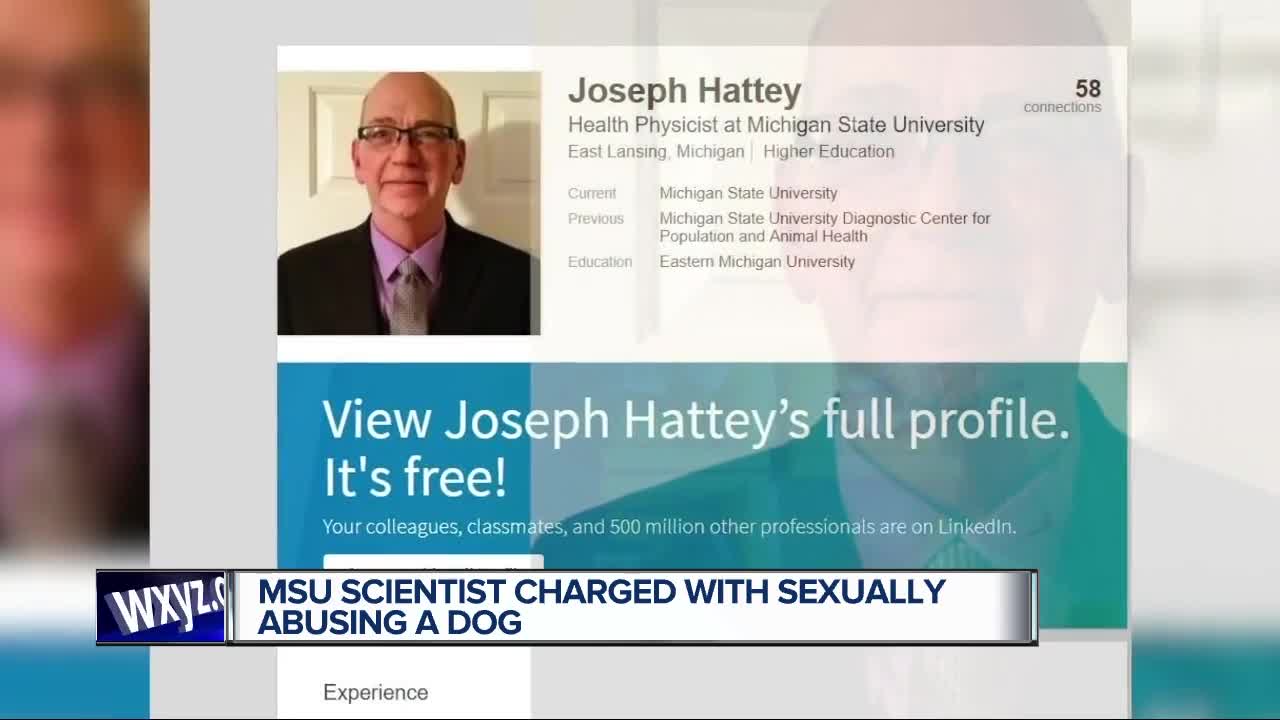 A Michigan State University Health Physicist has been charged with two counts of bestiality.

Joseph Hattey, 51, was charged for allegedly committing a crime against nature, which carries a 15-year felony.

According to a release, Hattey allegedly did not conduct the acts on Michigan State University campus or with an animal owned by the university.

MSU responded in a statement saying:

Michigan State University was informed by the MSU Police Department on April 17 of a criminal investigation against Joseph Hattey, a health physicist with the Environmental Health and Safety Unit (note this position does not work with students, patients or animals). Hattey was immediately put on administrative suspension, pending the investigation. The university has been and will continue to cooperate with law enforcement officials on this matter. MSUPD is providing digital forensic support in the investigation.

Hattey was arraigned on Monday and given a $5,000 bond. He is expected to arrive in court for a pre-exam conference on June 14 and a preliminary hearing on June 21.