Should diaper changing tables be required in men's public restrooms? 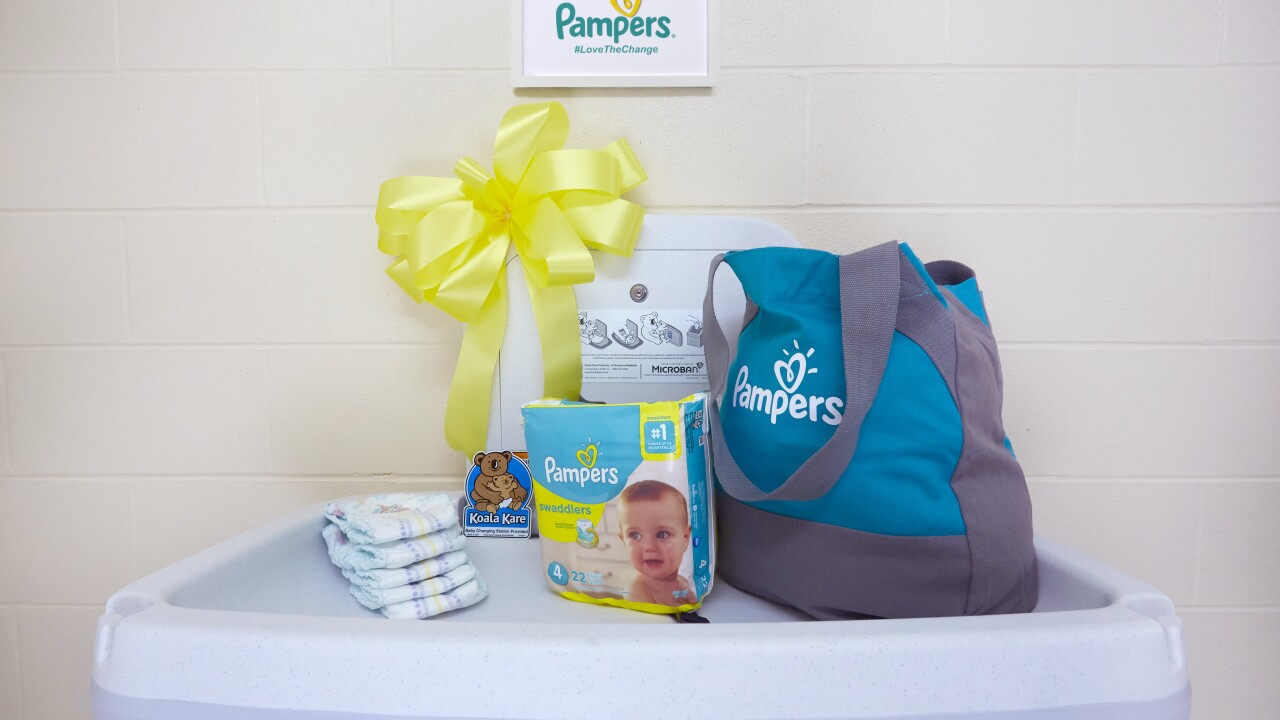 The lack of public changing tables in men's rooms became a national issue last year when Donte Palmer of Florida posted a video online that went viral showing him squatting while trying to change his child's diaper. Pampers said Palmer is involved in its project.

According to a study cited by Pampers, 9 out of 10 dads have gone into a public restroom and not been able to change their child's diapers. Pampers' goal is to have the 5,000 changing tables installed throughout North America by 2021.

Pampers said in a statement that it is working with Koala Kare to identify 5,000 high-need locales for changing tables. Pampers said it will be targeting places such as parks and recreation centers, community centers and libraries.

Pampers said it has already identified 500 locations, and those locations will have their changing tables installed in the coming weeks.

“We know that dads want to be able to bond with their children by taking them out and about, and that means the inevitable diaper-duty no matter where they are. In many instances today, instead of it being an easy, straightforward task it’s a moment that causes angst because the facilities needed are not always available,” said Andre Schulten, Vice President and General Manager Baby Care North America, Procter & Gamble. “We are proud to announce our commitment to provide 5,000 changing tables for installation in public restrooms by 2021 to help address the inequality hands-on dads face when it comes to taking care of their babies.”