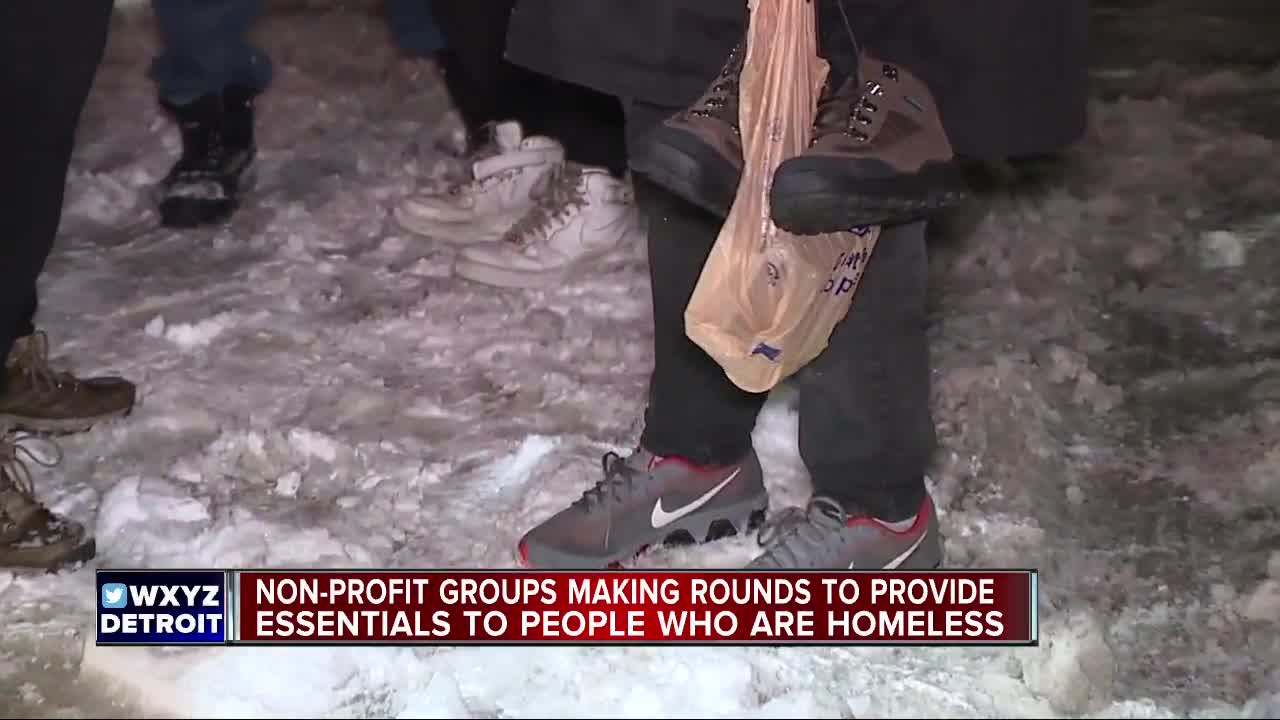 A local Nonprofit group is going around town making sure the homeless are taken care of and ready to deal with dropping temperatures.

DETROIT (WXYZ) — A local nonprofit group is going around town making sure the homeless are taken care of and ready to deal with dropping temperatures.

Members of Motor City Mitten Mission travel around the city providing essentials to people who are homeless. They say it’s important that people remember the homeless population in frigid temperatures.

The group is on a mission to make sure people living on the streets are not forgotten.

"One of the things is to make the most direct impact with people that are unsheltered, that are living in the street, that don’t necessary have the capacity to get the resources that are available to them," Marlow said.

The organizer has been doing this for years. She says every year she goes out it with a group of people and helps folks who are homeless.

"We provide them with food. We have individual meals we go out with every single night. We have a truck full of supplies that we provide to people," Marlow said.

Marlos goes out with a team of volunteers. Some of them are also homeless. They say this is an opportunity to help other people also in need.

"I say I’m homeless too," said Matthew Webster, who's homeless and a volunteer. "I’m just like you. So, I know what it’s like to not have money in my pocket."

They say it's important we take care of the homeless population with temperatures dropping dangerously low.

"Poverty is not a crime," Wester said. "To me, I’ve been around this, but this is the inside it tears me up at times."

The group goes all over metro Detroit, helping those who may not be able to help themselves. It's an opportunity to remind those living in the streets that people still care and are willing to help.

"I think we need to throw the judgment out the window sometimes, especially when it’s 8 degrees and snowing outside," Marlow said. "I think it’s important to give back to our fellow humans."

Marlow added that she always needs volunteers and donations. If you’d like to help check out their website at www.motorcitymittenmission.org.