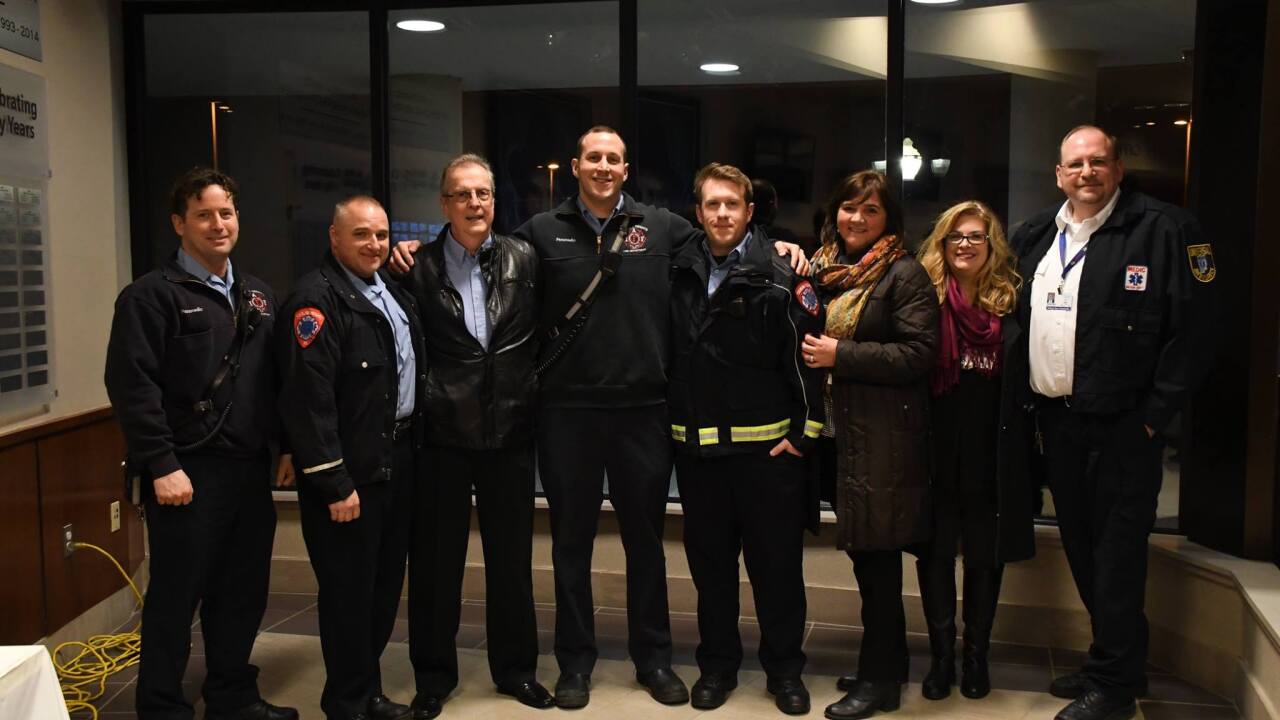 He and his wife were making dinner on Nov. 8 when they realized they did not have any bread. Coppins decided to go get some at the Kroger at 18 Mile and Dequindre Road.

Coppins was in the store when he went into cardiac arrest. The situation could have been worse, but luckily there was an off-duty paramedic from Universal Macomb Ambulance Service (UMAS) near Coppins when it happened.

That off-duty paramedic, Darin Inda, administered CPR on Coppins while another person called 911. The Sterling Heights Fire Department responded quickly and took over.

The Fire Department officials worked for nearly 40 minutes to save Coppins. After 12 defibrillation attempts, Coppins' heart began to beat again. He was taken to a nearby hospital and stayed there for four weeks.

Coppins recently became the 16th recipient of the Sterling Heights Fire Department Survivor Coin, a small token and program that strengthens the bond between the patient and the first responder. Recently, he spoke in front of a podium about his experience and thanked everyone that helped him save his life. His wife, Wanda, and son, Shawn, were also able to meet the first responders and thank them personally.