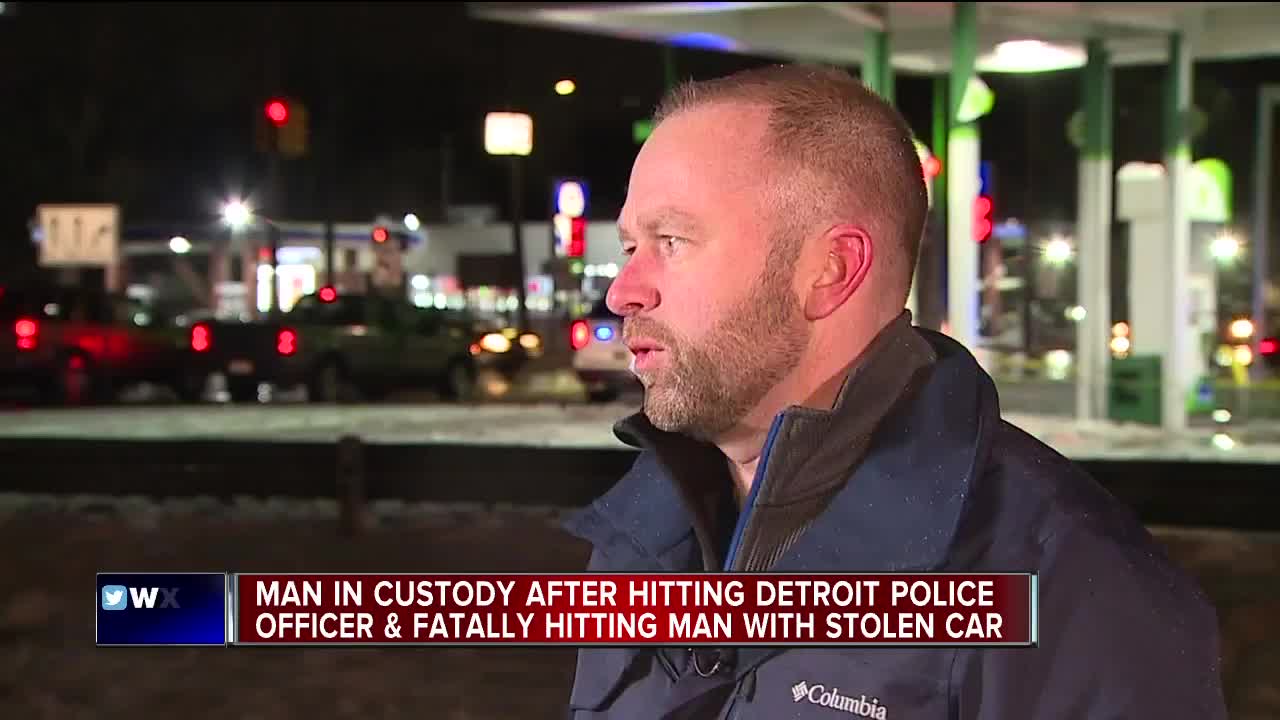 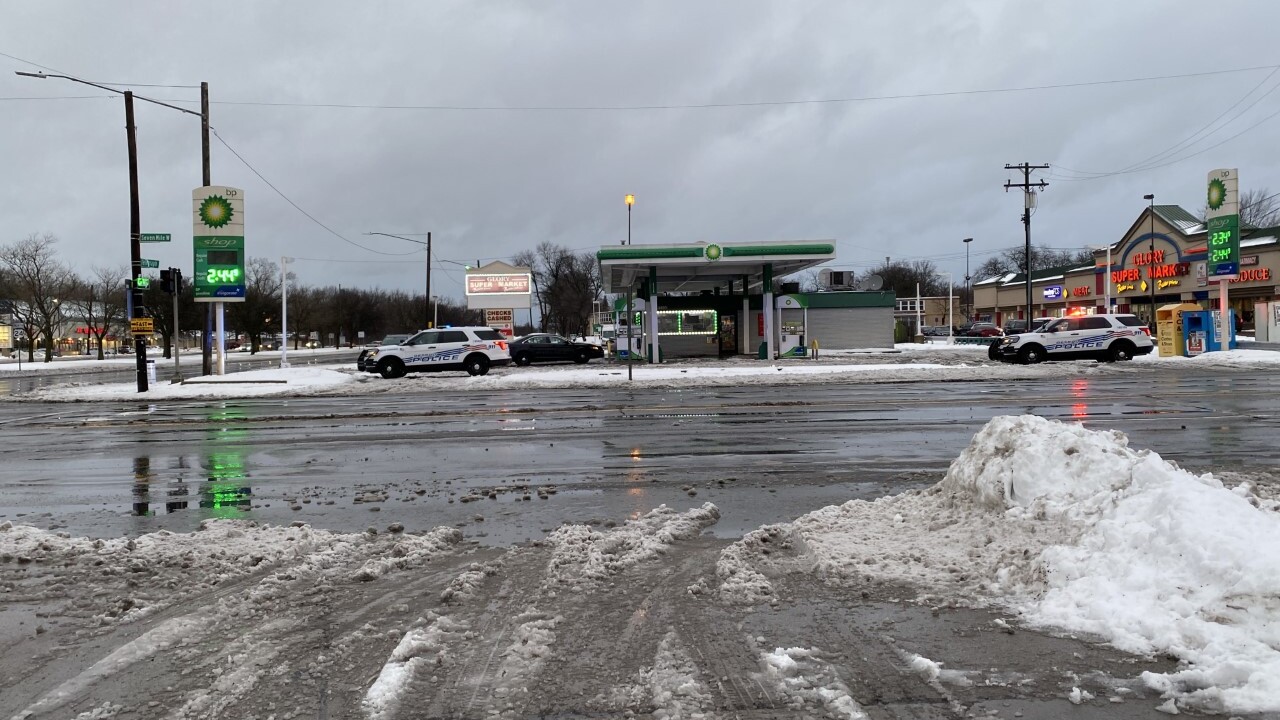 DETROIT (WXYZ) — A 39-year-old man is in custody after striking a Detroit Police officer and fatally striking another man with a car on the city's west side.

It started at the BP gas station at 7 Mile and Telegraph around 4:45 p.m. according to investigators, who say officers responded to reports of a stolen vehicle.

"When those officers approached, they got out of their vehicle, approached the individual in the stolen car. He ended up hitting the gas," said Assistant Chief David LeValley with the Detroit Police Department.

The suspect struck one of the officers with the stolen car. The officer suffered a knee injury and was taken to the hospital for treatment.

Investigators say the officer then fired at the suspect, striking him once in the stomach.

The suspect took off north on Telegraph toward 8 Mile.

“He took off out of the parking lot here, tried to make good his escape at a high rate of speed and eventually lost control of the car, I would imagine because he was suffering from a gunshot wound to the stomach," Assistant Chief LeValley told Action News.

But before the suspect came to a stop, police say he struck and killed a 40-year-old pedestrian who was walking near 8 Mile and Telegraph.

The name of deceased pedestrian has not been released.

Both the officer and suspect are in temporary serious condition.