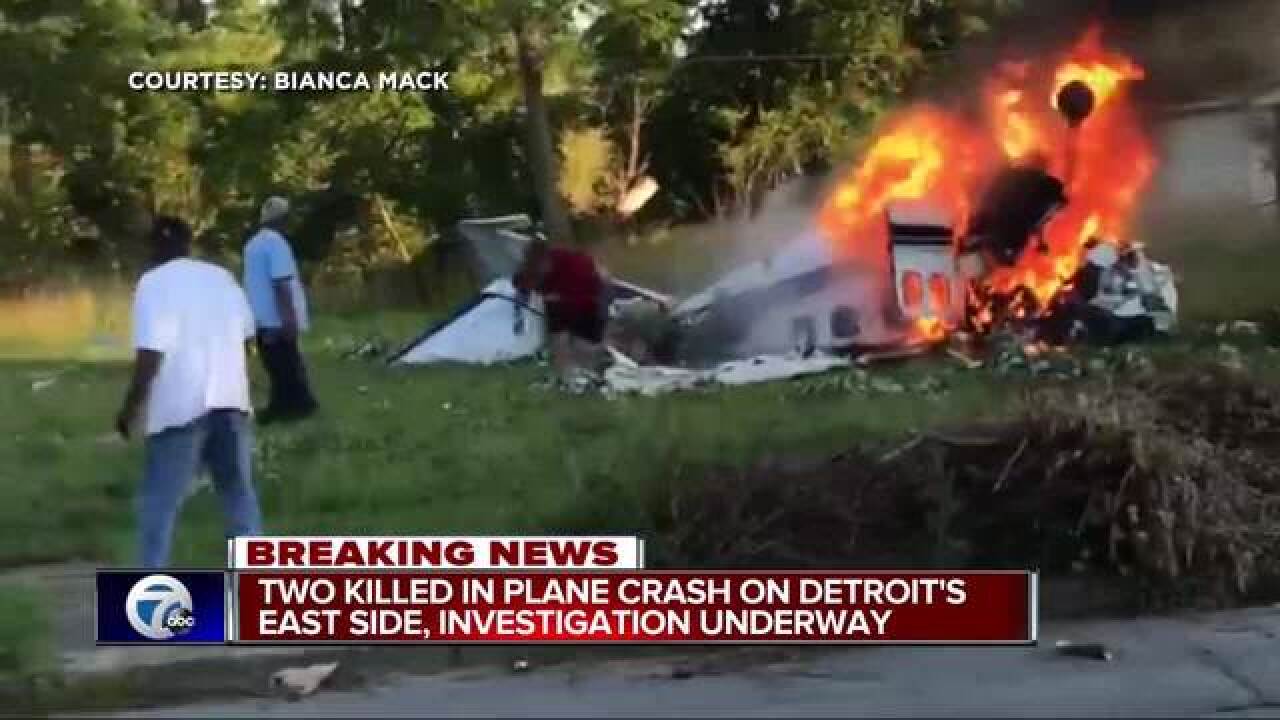 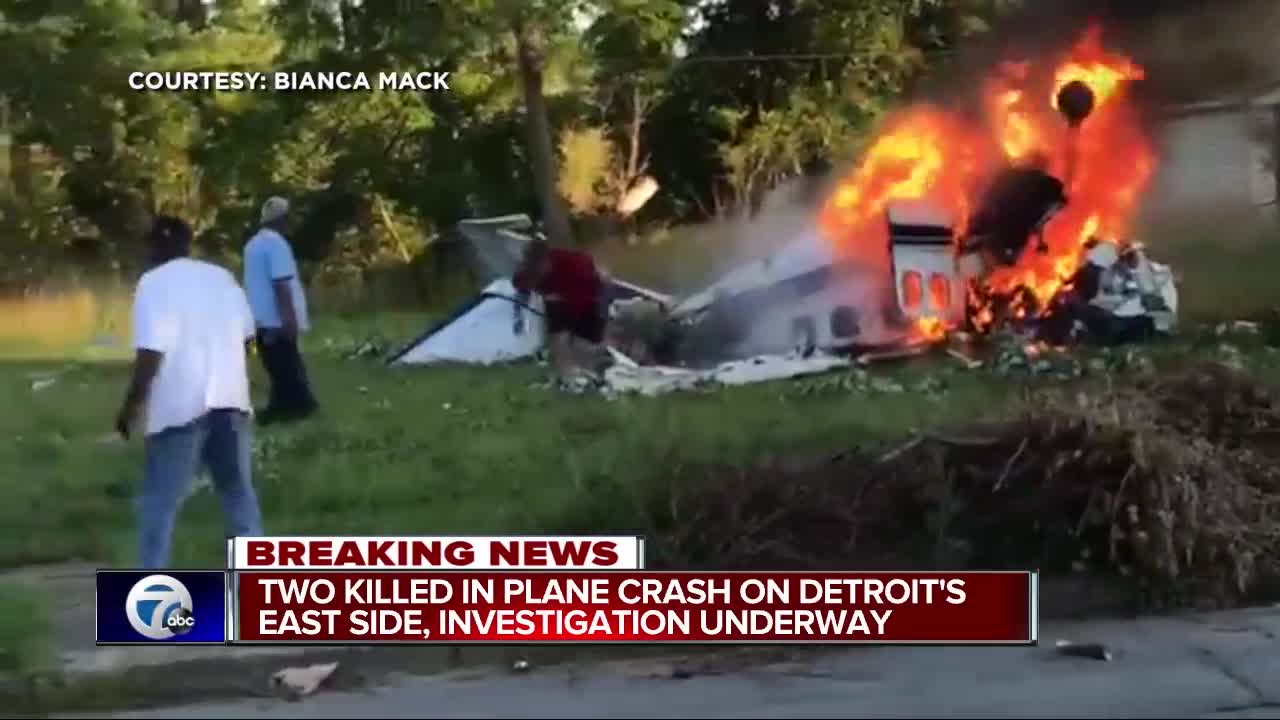 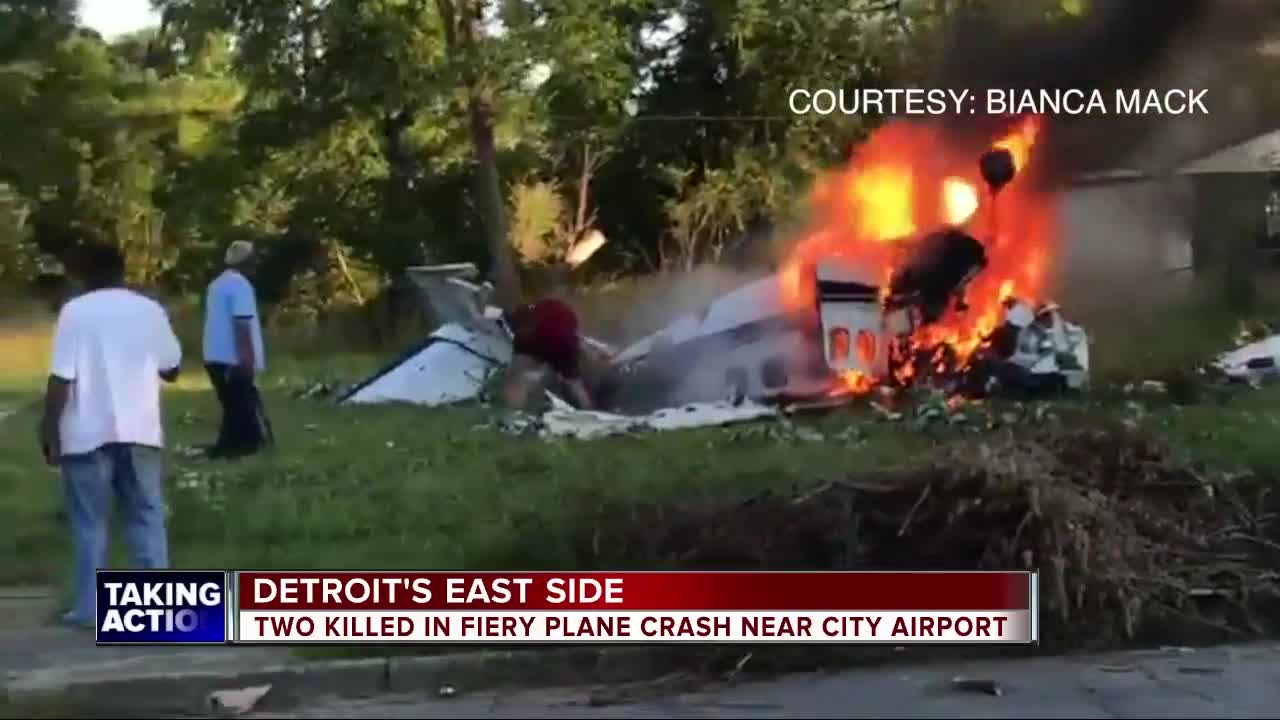 Two people died in a small plane crash near City Airport on Detroit's east side.

A 17-year-old is currently in critical condition as a result of the crash.

We're told the plane was coming from Arkansas and left around 3:43 p.m. and was expected to arrive at Detroit City Airport at 7:57 p.m.

The plane circled the runway attempting to land in the grass, and city tower lost contact with them.

An FAA spokesperson said that the pilot of the Cessna 210 reported a landing gear problem and low fuel before the crash. Currently, both the FAA and the NTSB are investigating the crash.

The plane was fully engulfed in flames by the time crews arrived.

Cordell Owens is credited by police for helping the 17-year-old from the wreckage by using an axe to break a hole in the plane.

"The plane crashed and we start running towards it and it was a small plane and the flames were out of control, it started burning and the gentleman in the plane started hollering and screaming, and that was when I went to work," he said.

Police say it was because of Owens that the survivor was able to make it out of the burning plane.

"I feel real good about it," Owens said. "I don't feel like a hero, but it is something that I had to do."

Investigators are still on the scene of the crash as of Monday morning.