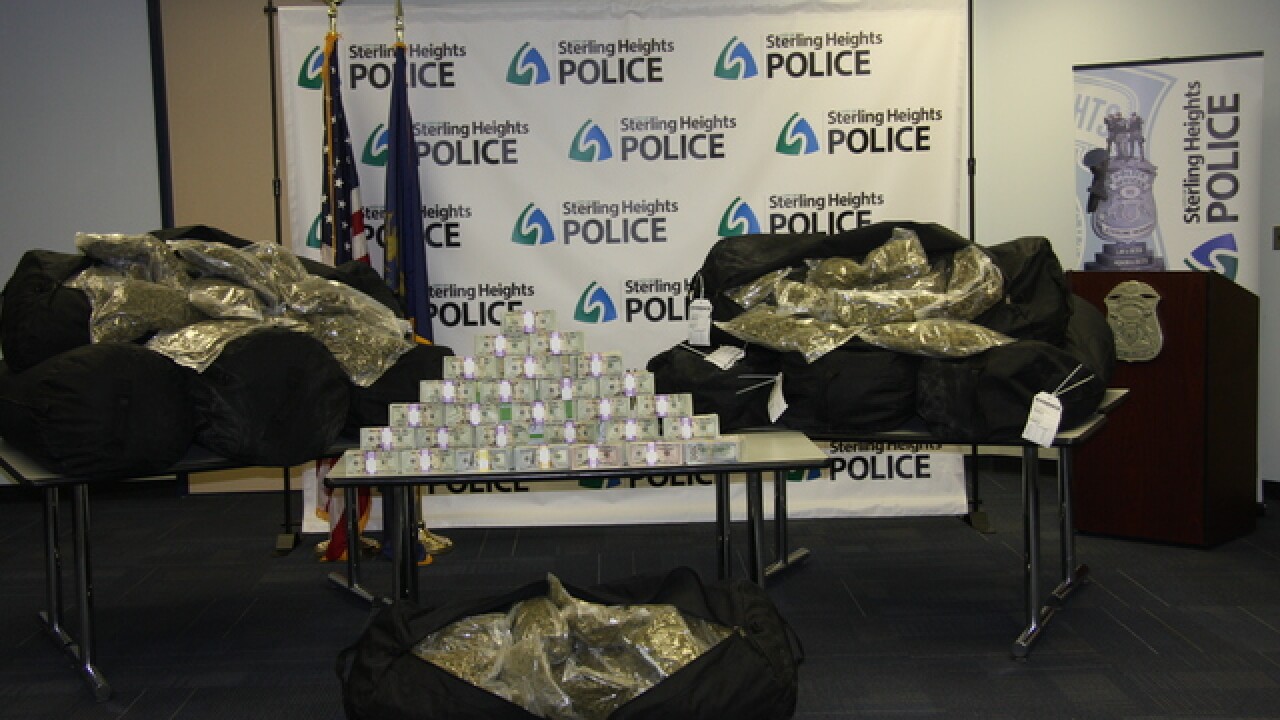 In Kansas, Geary County Sheriff's deputies made a traffic stop of a vehicle that was traveling through their jurisdiction.

Upon their investigation, it was discovered that the vehicle contained 350 pounds of marijuana and was on the way to be sold in Sterling Heights.

A collaborated effort between the Sterling Heights Crime Suppression Unit, Warren Police Department and the Michigan State Police resulted in the arrest of on suspect in Sterling Heights on April 6.

Police say Michigan Medical Marijuana laws and guidelines are very specific, but in this incident the laws were "clearly violated."

The team effort resulted in three arrests and a large confiscation of narcotics and illegal drug money.

Warren Police Commissioner Bill Dwyer said, "This is a prime example of the effectiveness law enforcement can have when federal, state and local agencies coordinate their continuing efforts to combat the war on drugs.”