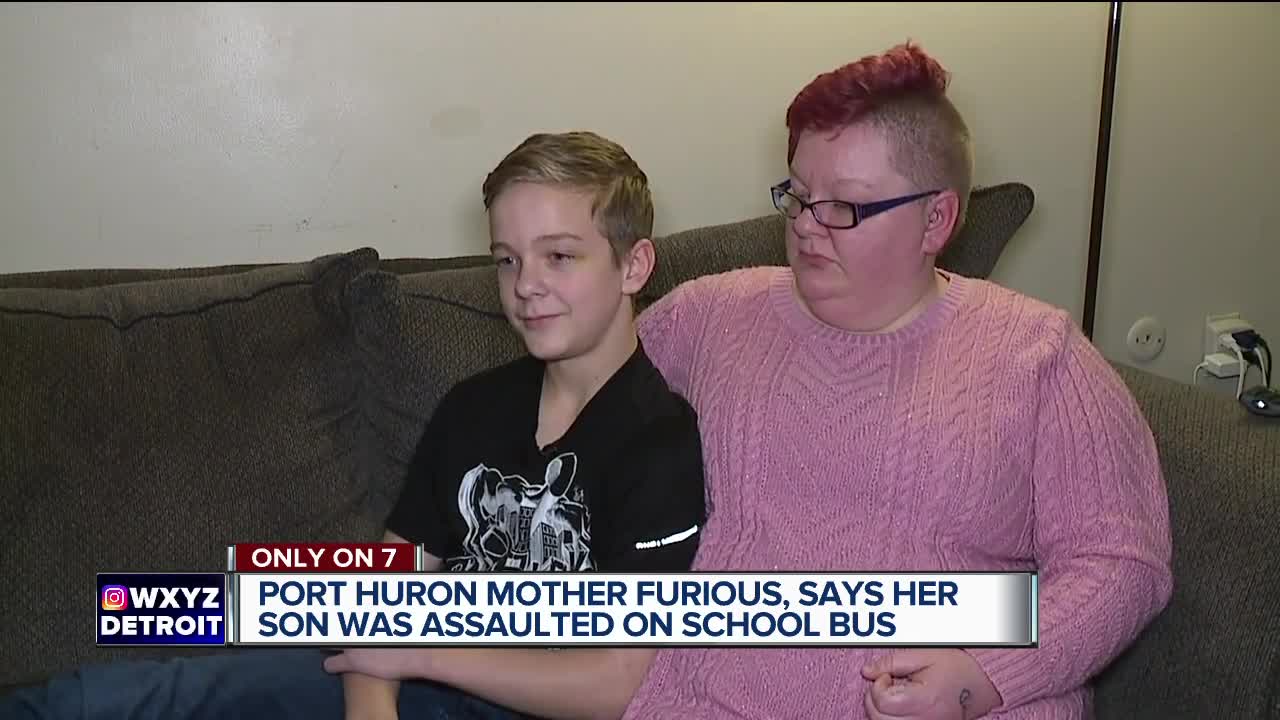 A Port Huron mother is upset and furious after she says her son was assaulted on the bus on his way home from school.

PORT HURON, Mich. (WXYZ) — A Port Huron mother is upset and furious after she says her son was assaulted on the bus on his way home from school. She made a police report that‘s now in the hands of the school resource police as the school continues to investigate.

The incident happen Thursday, Jan. 9, as 11-year-old Dallas was on his way home from school. His mother says she fears this incident will continue to escalate and says the school district needs to do more.

"No child should feel the way that bullying makes you feel – worthless and alone," said Cassandra Kendrick. "There’s people out their willing to step up."

Kendrick couldn’t believe her eyes when she saw video of a fight on her son's school bus last week involving her son and a bully.

"My first reactions – I was trying to hold back my tears and I was frustrated at the same time," she said. "I was overwhelmed with all the emotions."

Her son Dallas Caudill says a student recorded the incident as others cheered.

"He came up to me (and) started talking trash, so I pushed him off of me and started walking away and then he came back and attacked me," Caudill said.

Kendrick says her son was choked and punched and later taken to the emergency room.

"He was diagnosed as an assault victim with a concussion, contusions, abrasions and a head injury," Kendrick said.

7 Action News reached out to Central Middle school for comment. They sent us a statement that reads in part, “The school was made aware of the incident on Thursday after school. On Friday the school tried to contact the parent who reported the incident. The school believes this to be an isolated incident and the school side of the investigation is complete.”

"It makes me like scared and kind of upset that I have to go right back into it and hope not to get beat up again," Caudill said.

"They need to start holding these bullies accountable, pulling them from schools, denying them transportation – something needs to be done," Kendrick said. "We need to protect our children."

She added that the school called her to tell her the boy was suspended for one day. Port Huron police continue to investigate.