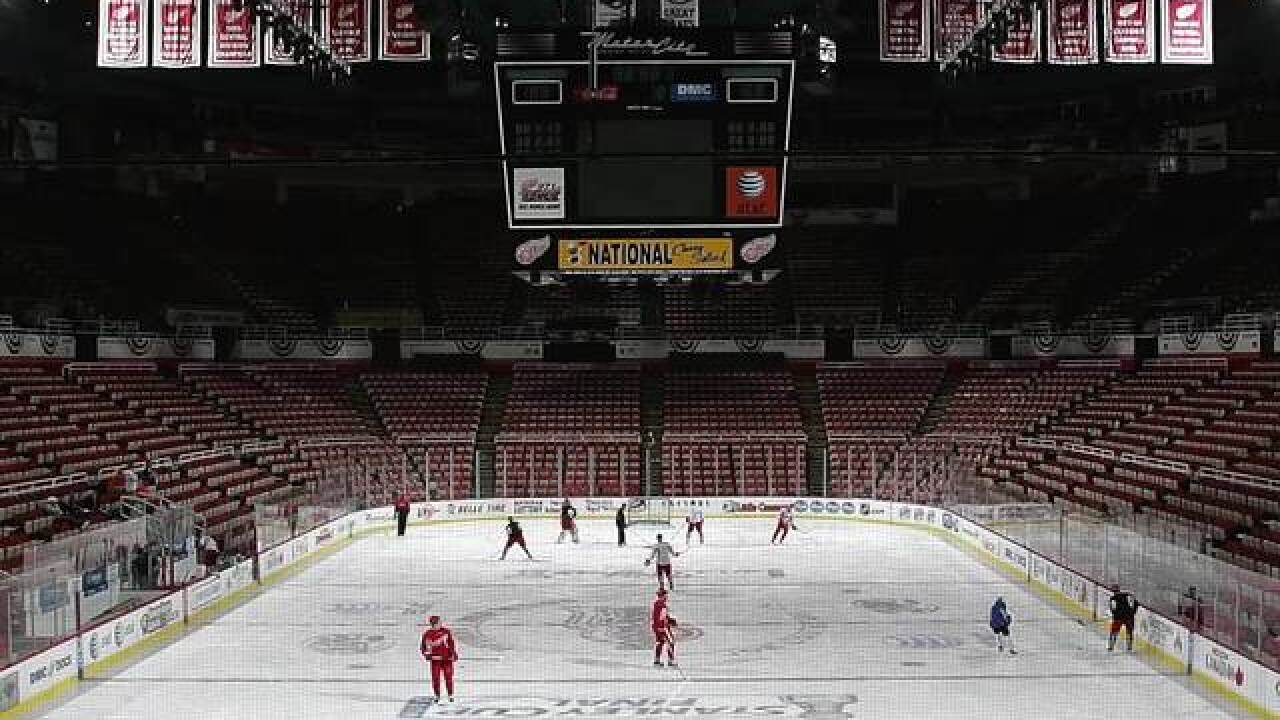 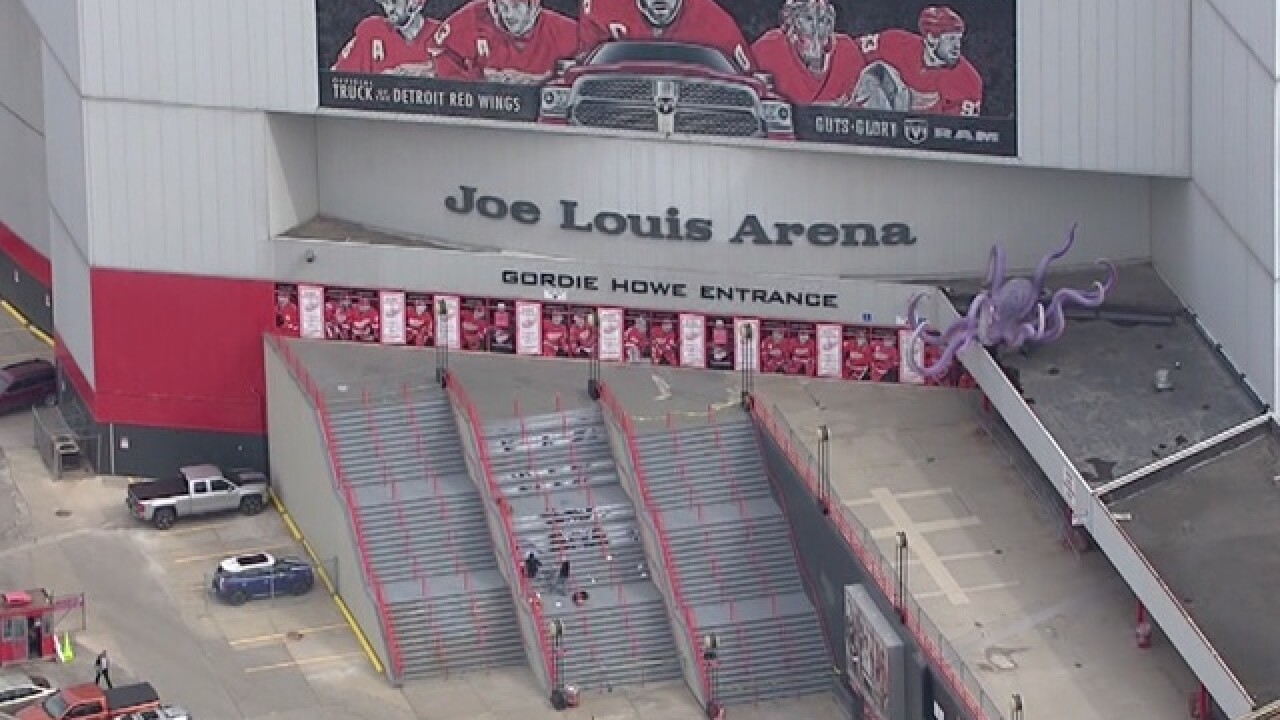 The city of Detroit is working on a plan to use the demolition of Joe Louis Arena as the first step in big infrastructure changes around the arena.

The goal is to make the isolated property more accessible to the riverfront and connect it with the blossoming downtown.

The Detroit News reports that a study done for the city and private land owners near the arena shows there are talks to find the money and create a consensus to tear down major structures, including a freeway exit, along with the vacant arena later this year. New pedestrian links to the West Riverfront area and possibly nearby streets would be created, according to a copy of the study obtained by The Detroit News.

"We are looking at the demolition of Joe Louis Arena as way of turning around the site, from what's now considered the back door of everything, to the front door of the West Riverfront area," said Maurice Cox, director of the city's Planning and Development Department.

The city is in talks with major land owners — including the authority that controls the adjoining Cobo Center, the company that acquired the Joe Louis property during the city's bankruptcy and DTE Energy — to come up with funding to "create a holistic development framework," according to the study. The area being looked at is generally bounded by Cobo Center to the east, West Riverfront Park to the west, Lafayette Street to the north and the Detroit River to the south.

Joe Louis Arena is slated to be razed later this year. There also is an effort to get rid of some of the infrastructure around the 5.1 acres of land occupied by the arena.

The city wants to demolish several structures as part of the plan:

- The ramp for Exit 1A from the John C. Lodge Freeway that leads to the arena parking garage and Jefferson Avenue.

- The Cobo Center circular parking ramp on Congress between Second and Third avenues. The area would then be used for a possible Cobo expansion.

- The pedestrian tubes that link Cobo to the arena parking garage, and a walkway that links the garage to the arena.

The study proposes a bridge for pedestrians and bicycles over the Lodge to connect with Third Avenue. That's the street on the western edge of the arena that's now cut in two by the freeway. The street leads to the DTE Energy campus headquarters and MGM Grand Detroit casino.

The study outlines four options on how the West Riverfront area could be overhauled, including creating more pedestrian and bike paths, and closing and widening nearby streets. Estimates for the various options range from $33 million to $97 million.

The razing of the former home ice of the Detroit Red Wings is months away. The city is seeking consultants to perform environmental assessments. Those assessments alone could take several months.

The state has loaned the city $6 million to raze the arena. The study estimates it will take another $2.6 million to demolish other pieces of infrastructure; Cox said various owners of the property would have to contribute to tear down those structures.

FGIC seeks to get its money back by developing the arena land after the venue is demolished.

An obstacle to the plan rose in late February, when a lawsuit was filed in U.S. Bankruptcy Court by Gotham Motown Recovery, the company created by FGIC to develop the site.

FGIC says it needs up to two years to come up with a development plan for the arena land. The city has so far refused, giving FGIC until August.

The West Riverfront study is mentioned by Financial Guaranty Insurance in its lawsuit, contending the firm was given the 61-page document only last month. FGIC wouldn't comment, citing the lawsuit. The study was commissioned by the city and nearby land owners, including FGIC, and was completed in November. It was done by Skidmore, Owings & Merrill LLP, a Chicago-based architectural, urban planning and engineering firm.

FGIC contends the city is sending mixed signals for what it wants developed. The original agreement states FGIC was to find a partner to build a hotel with a minimum of 300 rooms and be no taller than 30 stories, according to the bankruptcy agreement. Development could include "office, retail, commercial, recreation, residential."

But city officials have since backed off that hotel component, the lawsuit contends. Several downtown hotels have either opened — or construction on them has started — in the years since the bankruptcy.

The arena site has long been considered too hemmed in by the infrastructure that the city wants to remove, according to various commercial real estate developers.

"A major issue for downtown Detroit is how you connect it back together," said Frederick Liesveld, regional managing director of Newmark Grubb Knight Frank, an international commercial real estate research and consulting firm. "Now there is so much investment around it. It will be interesting to see what opportunities that provides to removing some of those physical barriers."