Rally calls for resignations of Engler, Board of Trustees at Michigan State University 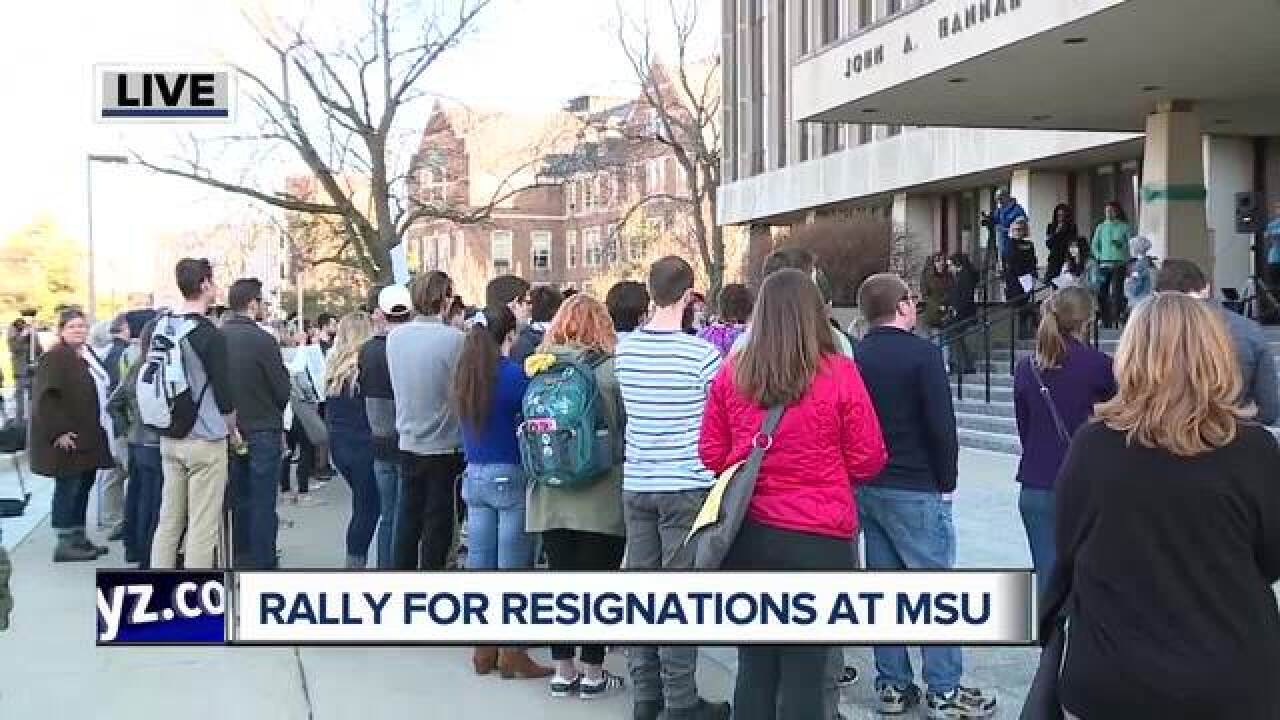 The fallout from the Larry Nassar sexual abuse scandal continues on the campus of Michigan State University as survivors, students, alumni and family came together to speak out at a rally against the Board of Trustees.

They're calling for the resignation of interim school President John Engler and that of the Board of Trustees.

"It might be a basic misunderstanding in what he’s supposed to be doing, but it’s also a part of his political style, he was known  as a hammer in Lansing," says MSU alum Justin Johnson.

Survivors and student are saying it's time for the Board of Trustees to take a back seat. They're calling for new leadership on campus, with a clear message saying step down or get out of the way.

Kaylee Lorincz is just one of hundreds of survivors.  She says the leaders on campus aren’t leading the charge, their trying to cover up.

"Money has never been the focus for me or what I care about," says Lorinza. "So I had to keep telling Engler that I’m not here for the money, that’s not the point of this meeting and he said well give me a number, and I felt very uncomfortable he just wants to label us all with dollar signs."

Survivors and students says It’s time the board step down and let real leaders steer the university into the future.

Students also say they will continue to rally and voice they’re concerns and demands with the university until something is done.