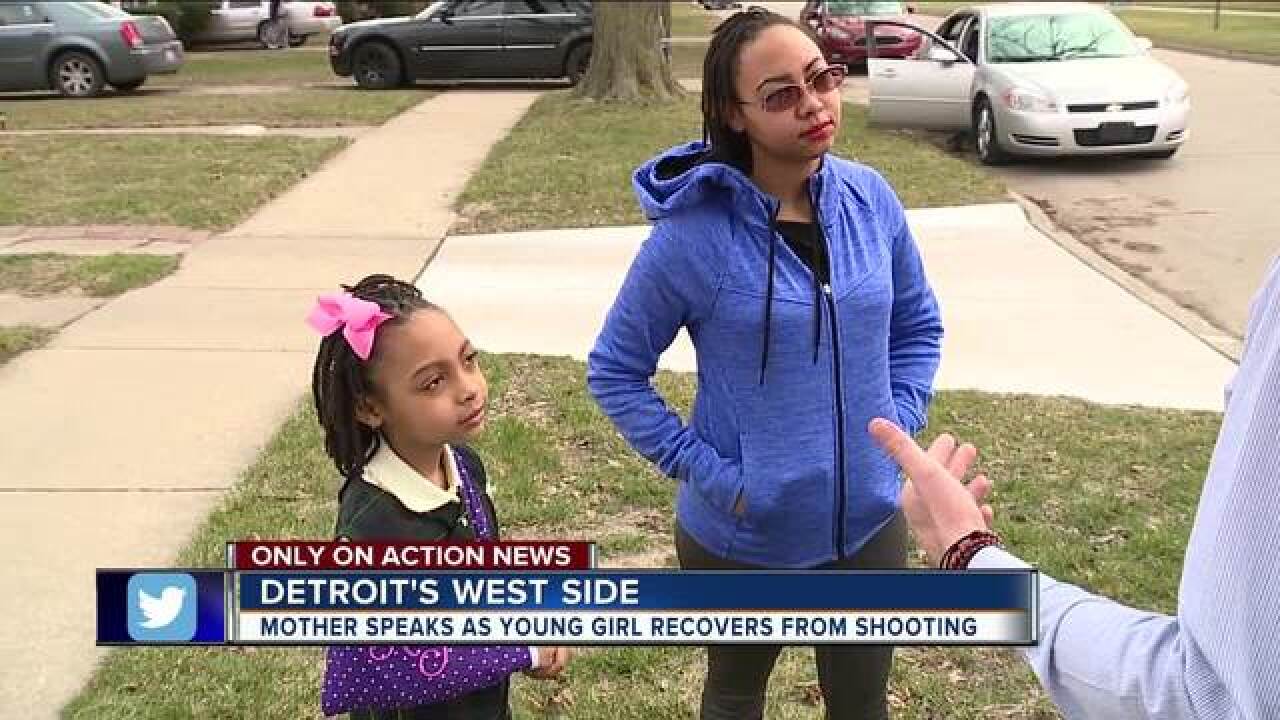 A mother and her 8-year-old daughter are talking exclusively to 7 Action News as the 8-year-old continues to recover after being shot back in March on Detroit's west side.

Kaya Philson is doing better, after she was shot in the arm while sitting in the back seat of her mother's car, near the intersection of Wyoming and Plymouth.

Kaya’s mother says her daughter is lucky to be alive, but knows this incident could have been  a lot worse.

It was the morning of March 23. Keri Philson was driving her daughter to school, when suddenly their quiet morning turned violent.

“It was anger, that’s about it, I mean just a lot of anger that people like that can be on the streets,” said Keri Philson, Kaya's mother.

Police say a man was upset after asking customers at a gas station for cigarettes, saying if he didn’t get them, it was about to go down.

“At first you heard firecrackers, and then I looked over and saw the guy aiming and shooting at everybody at the light,” said Keri Philson.

Kaya was sitting in the back seat of the car when a bullet hit her.

“Once he started shooting and I heard a boom I jumped and I got shocked, and once I felt, I felt wet stuff in my coat and I didn't know what happened, so I started panicking,” said Kaya.

Kaya was rushed to Children’s Hospital, where she underwent surgery.

“There’s no safety here. I don’t know, the city needs to do something,” said Keri.

Twenty-one-year old Damond Reeves was charged with four counts of Assault with Intent to Murder, one count of Carrying a Concealed Weapon, and five counts of Felony Firearm.

“If there were more police on the streets, I feel like, we’d be a little bit more safer, because they can recognize this stuff before it happens, there’s too many kids getting shot here days,” said Keri.

It’s a day Kaya would soon rather forget, but the memory and scars are still fresh, and the thought of this happening again still haunts her.

“Every time we go around the gas station, I get worried because I don’t want it to happen ever again,” said Kaya.

Kaya is still going to physical and psychological therapy, but is in good spirits. She says doctors say she is making a fast recovery.