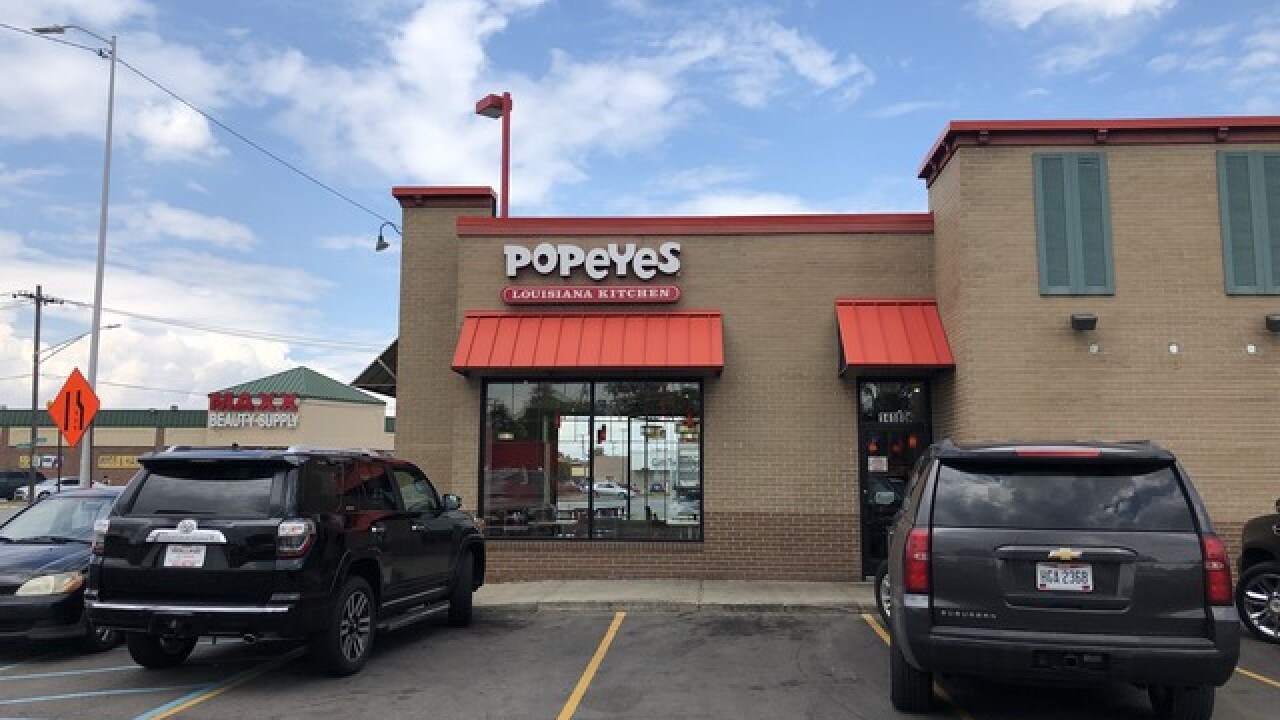 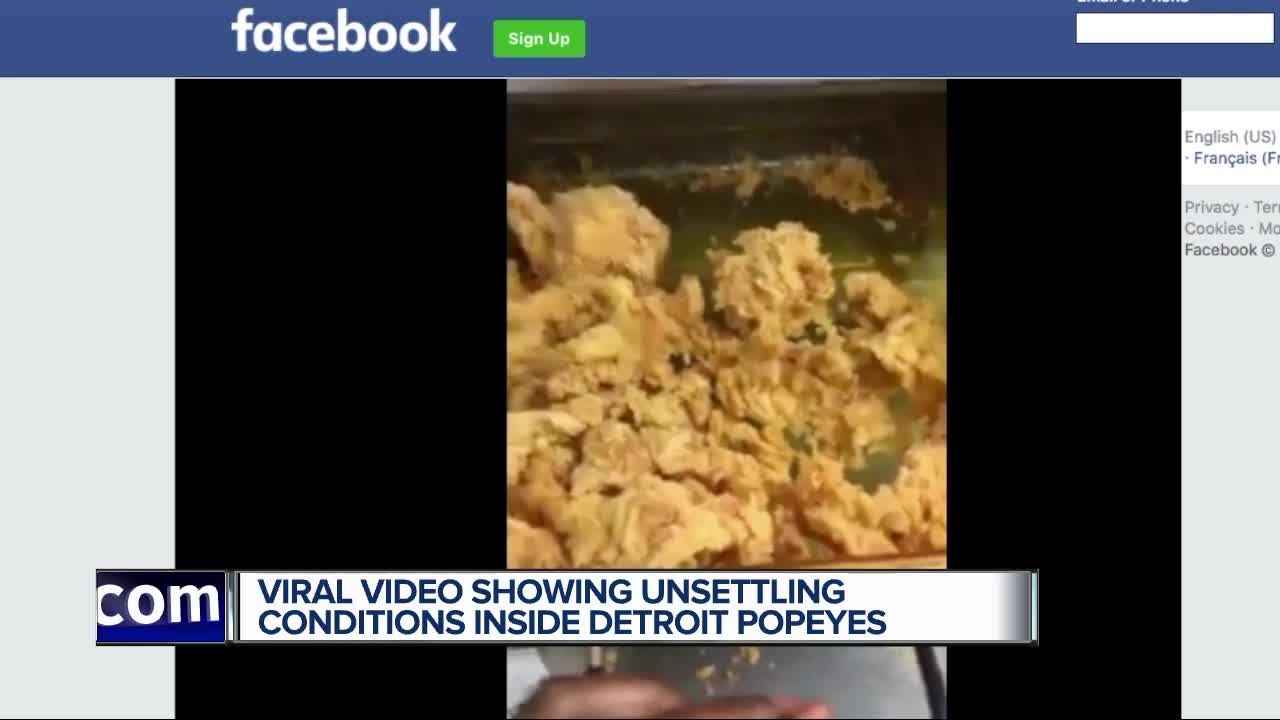 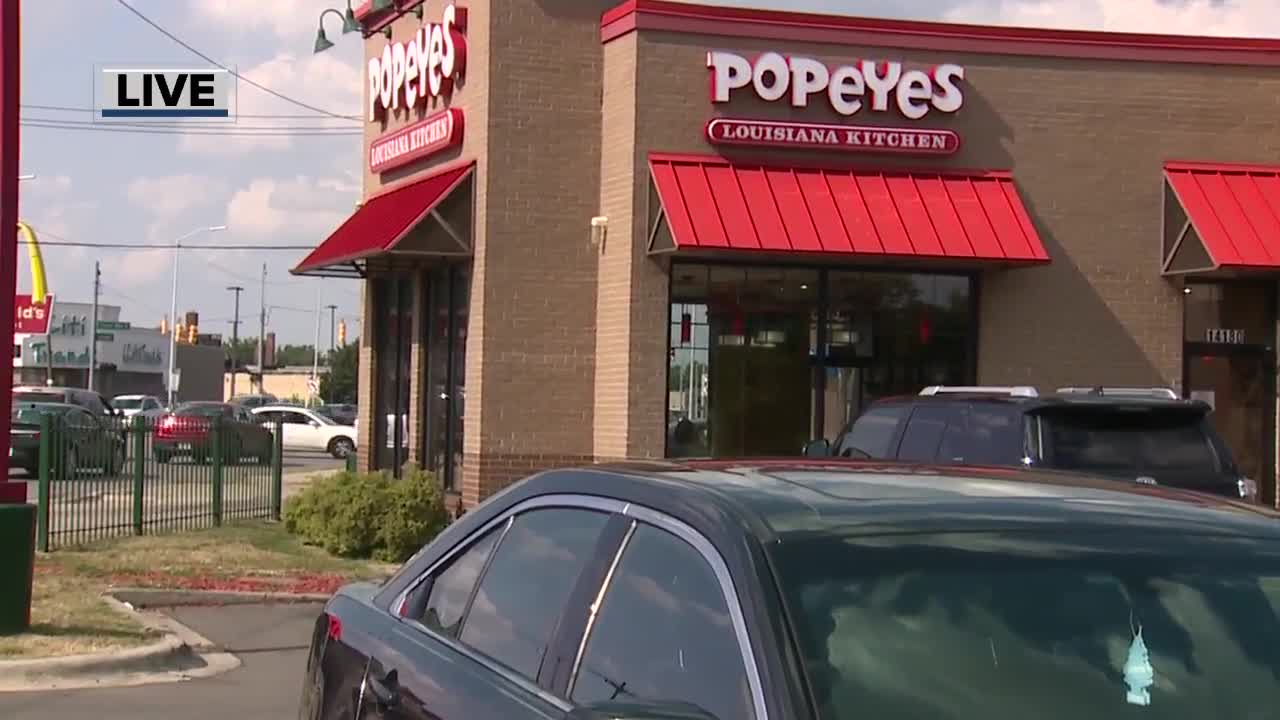 A Detroit Popeyes Louisiana Kitchen is still closed after a video purporting to show deplorable conditions inside the restaurant went viral on social media Tuesday morning.

We're also told that the on-duty manager was fired as well as a team member.

Orange cones are blocking the location on Gratiot Ave. near 7 Mile and uniformed employees are still inside, as well as inspectors with the city of Detroit's Building, Safety, Engineering and Environmental department.

Shakita Jones started working at the store three weeks ago, and she said she immediately began voicing concerns over what she said were disgusting conditions that included roaches, poorly washed cooking bowls, and other unsettling issues.

Jones said she decided to go live on Facebook after being told to just step on the roaches and not scream when she saw one.

"When I filled out that application, it didn't say we got roaches, you gotta kill them, you have to step on them," said Jones. "It didn't say they had dead flies on the ice."

"The Detroit Health Department's Food Safety Team is conducting an ongoing investigation of the Popeyes Louisiana Kitchen located at 14180 Gratiot. The Popeyes management is fully cooperating with the health department and has agreed to voluntarily remain closed until all priority violations are in compliance."

Crews from the Detroit Health Department are on the scene Tuesday. The department has issued the following statement about the situation.

You can see the video embedded below.

“Food safety and quality is always a top priority for the Popeyes brand. The Franchisee who owns and operates this location has worked with local health officials and is taking the appropriate measures to ensure that the restaurant is thoroughly sanitized.”