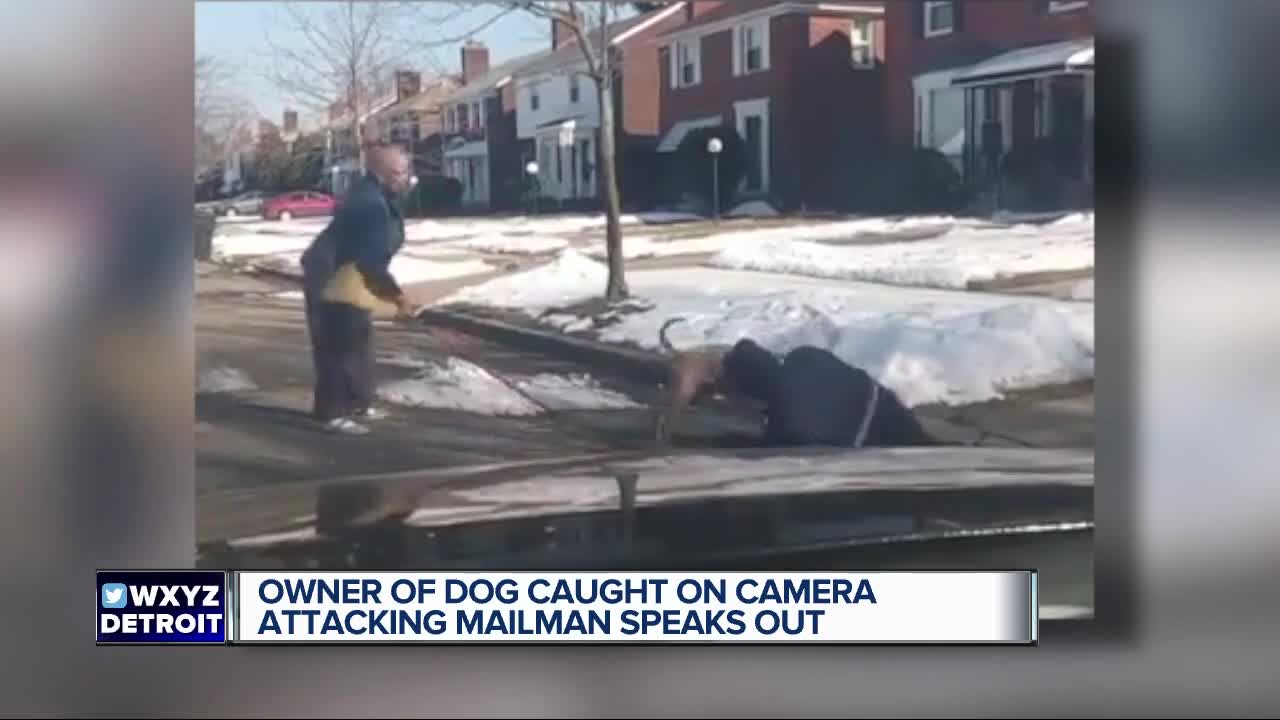 The owner of a dog who violently attacked a mailman tells 7 Action News she’s never had any issues with her dog in the past. 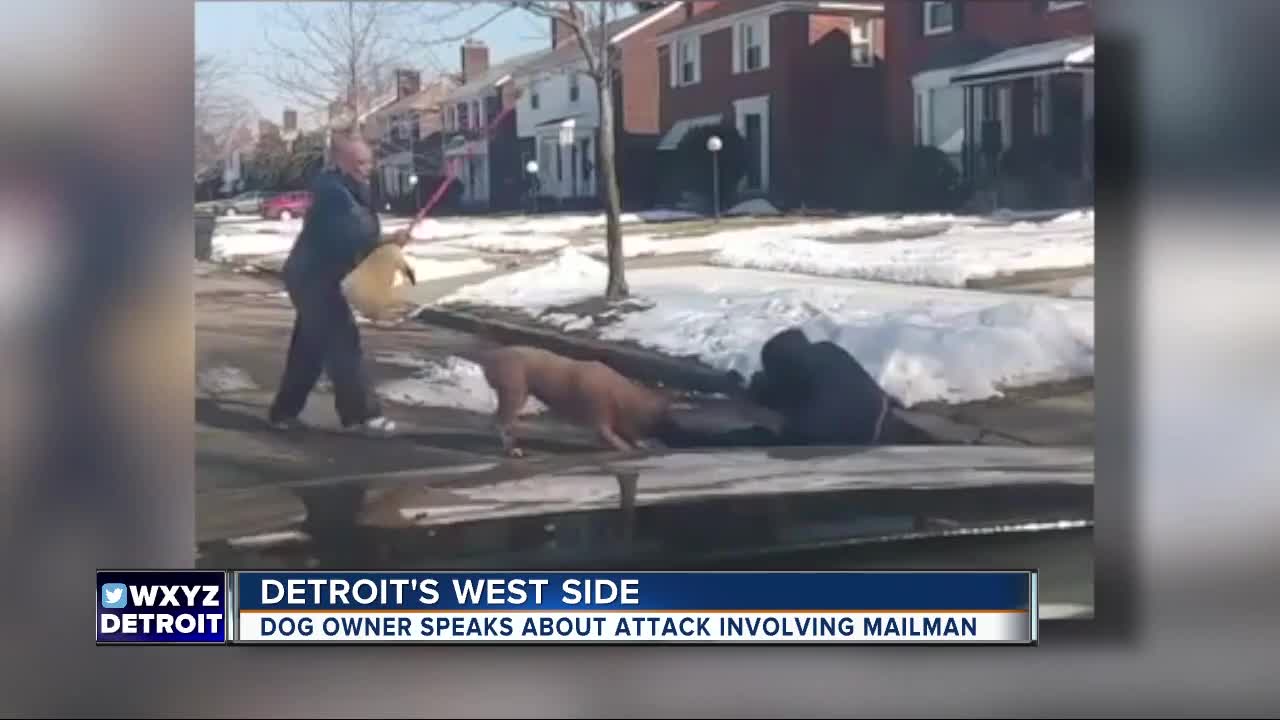 DETROIT — The owner of a dog who violently attacked a mailman tells 7 Action News she’s never had any issues with her dog in the past.

“I used to tease and say oh you know he’s a little push over he wouldn’t bite anybody,” she says.

The owner of the dog she named “Boss Hog” did not want to share her name or show her face on camera, but did want to speak to us.

The video posted to Facebook Friday morning around 11:00 a.m. shows a dog clinging onto a mailman’s leg, and people trying to stop the attack. One woman using a broom and another man throwing a trash can. Eventually the mailman is freed.

She says her nephew tried to help, using a belt around the dogs neck to get him away from the mailman when he couldn’t find a leash. In the video you can see him trying to control the dog only to be attacked himself.

“I could have cried, for the victim as well as my nephew for going through that,” she says.

Animal Control picked up Boss Hog shortly after the attack on the mailman.

"He suspected something was wrong, the dog, and started acting a little antsy, they didn’t have a problem getting him in there,” says the owner.

She says she will learn Boss Hog’s fate in the next ten days.

The mailman was taken to the hospital with injuries to his foot, hand and knee but is expected to be okay.