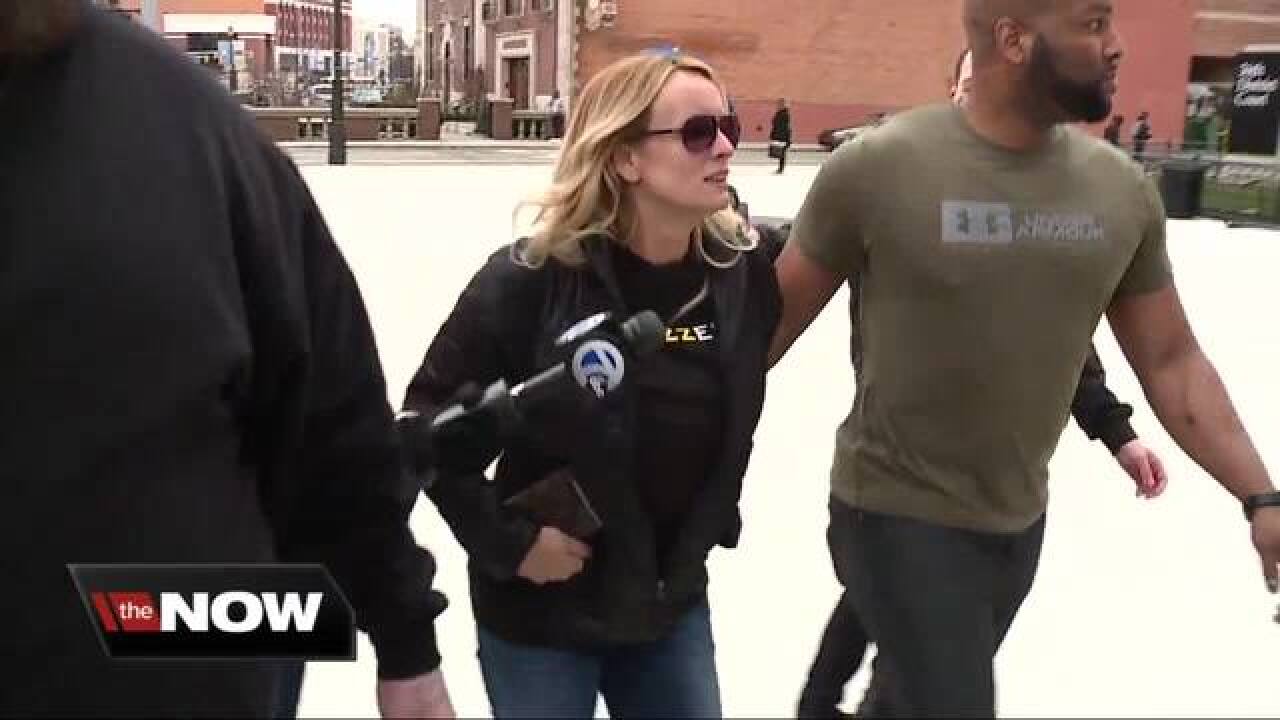 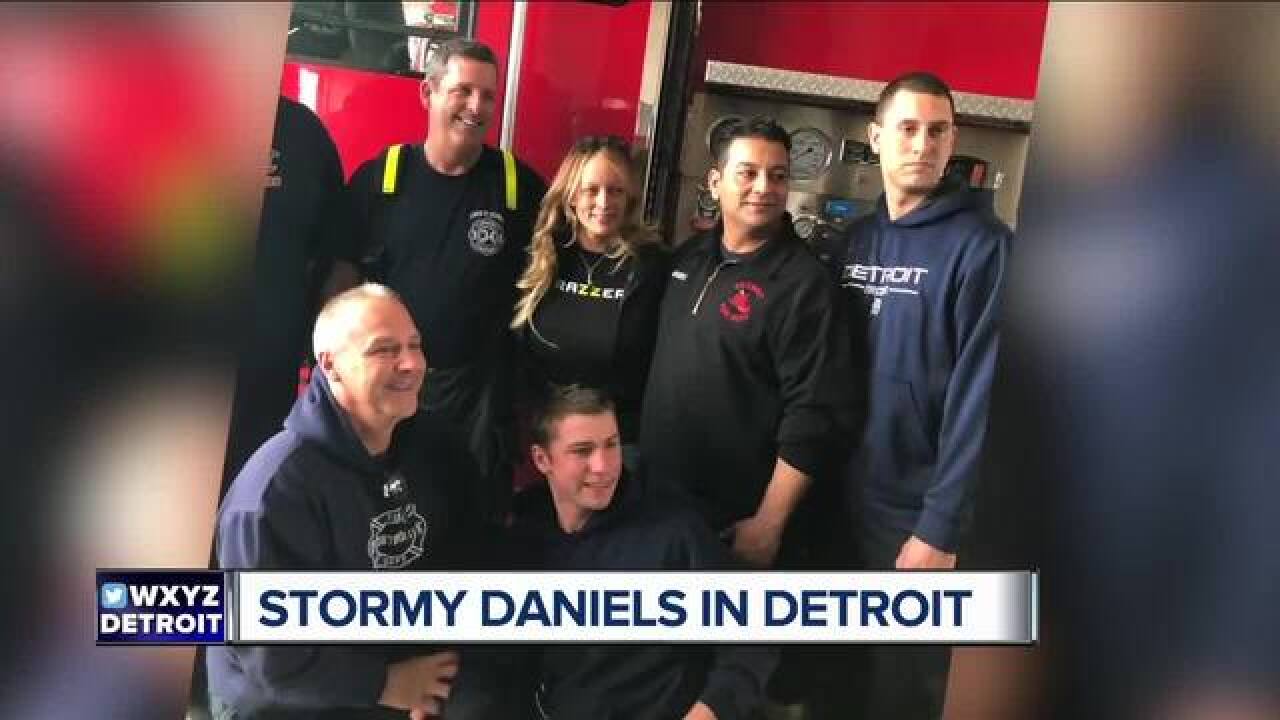 Stormy Daniels is in Detroit headlining at Truth Gentlemen’s Club.

This comes one day after appearing on The View and one week after agents raid President Trump’s lawyer's office.

The adult star claims she was given hush money by lawyer Michael Cohen for her silence on an alleged affair between her the president.

Stormy Daniels was supposed to host her show last month but she came down with strep throat. She was rescheduled to be there last Wednesday, but a flight delay forced club owners to postpone the show again for Wednesday.

She was in the city earlier today but she wasn’t doing any interviews. Daniels went to obtain her dancers permit, necessary to perform in at a strip club in Detroit.

She was escorted by security trying to avoid our cameras as she went to the 36th District and 4th Precinct to get the proper license needed before the show.

Daniels did stop and take pictures with some firefighters at the precinct, but outside she would only speak about the show.

She said, “I love my job, happy to be here in Detroit and I’ve always had a great time here and I look forward to meeting everybody tonight.”

Tuesday she was on The View, showing a composite sketch of man who she says threatened her to keep quiet over the alleged affair with President Trump.

Trump tweeted this morning calling him a “non-existent man” and calling the claim a “total con job.”

A sketch years later about a nonexistent man. A total con job, playing the Fake News Media for Fools (but they know it)! https://t.co/9Is7mHBFda

Truth Gentlemen’s Club has a capacity of 800 people and club managers think it will be a packed house. They didn’t give us many details about the show itself, but say a Trump impersonator will be here.

“See you guys tonight,” Daniels added. “You have to come check it out.”

There are three shows scheduled tonight here at 8pm, 10pm and midnight.

Again, we requested an interview and tried asking questions about the claims she has been making against the president, but she declined to comment.