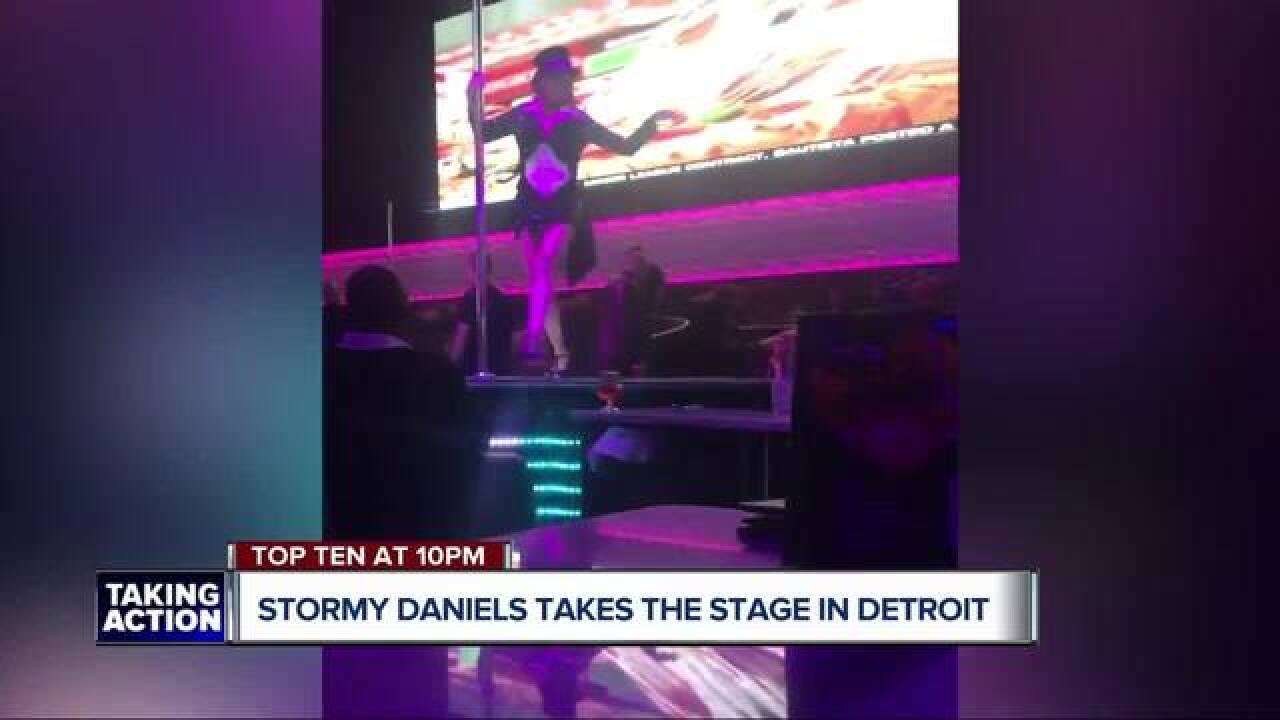 After two false starts, Stormy Daniels has taken the stage in Detroit.

During the first performance, which started about an hour after the 8:00 p.m. scheduled time, Daniels performed in a sequined tuxedo to Abracadabra by Steve Miller Band. The announcer called her the most famous woman in the world right now.

The club also brought in a Donald Trump impersonator for the night, which cost patrons $20 at the door and $40 for a booth. Around 100 people attended the first performance.

However, the night was not without controversy as a few protestors showed up outside the club prior to the show.