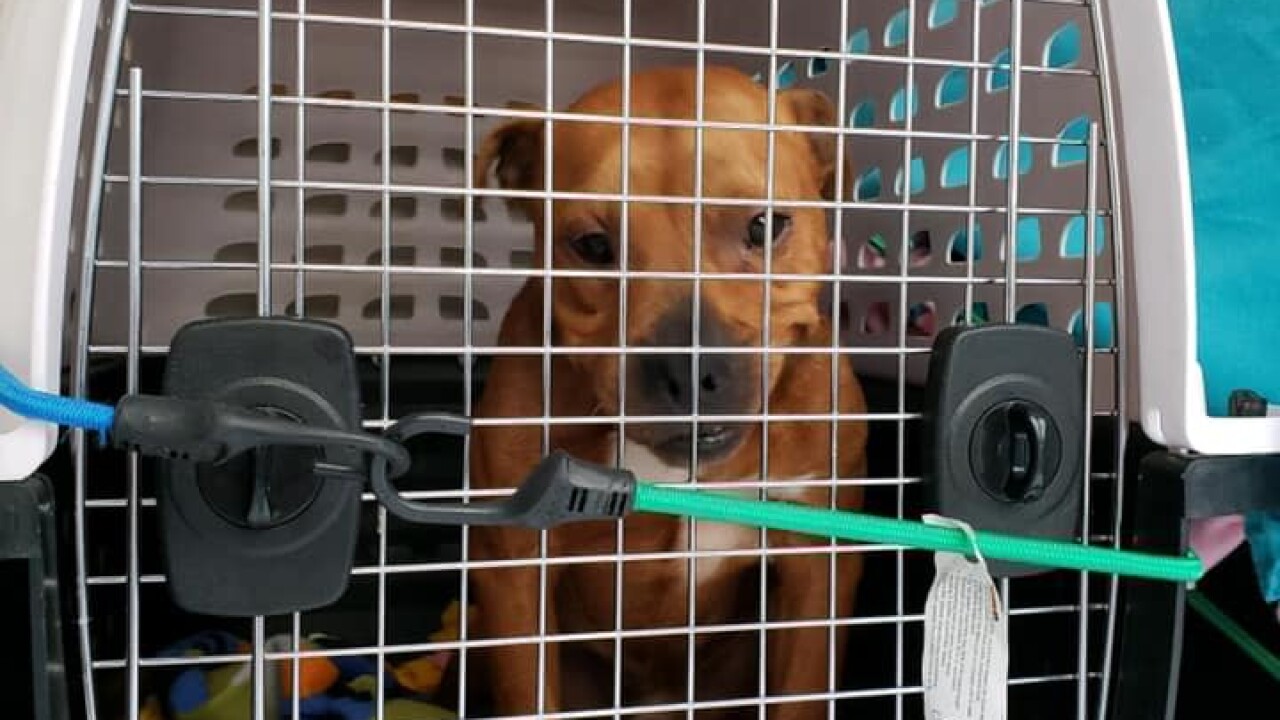 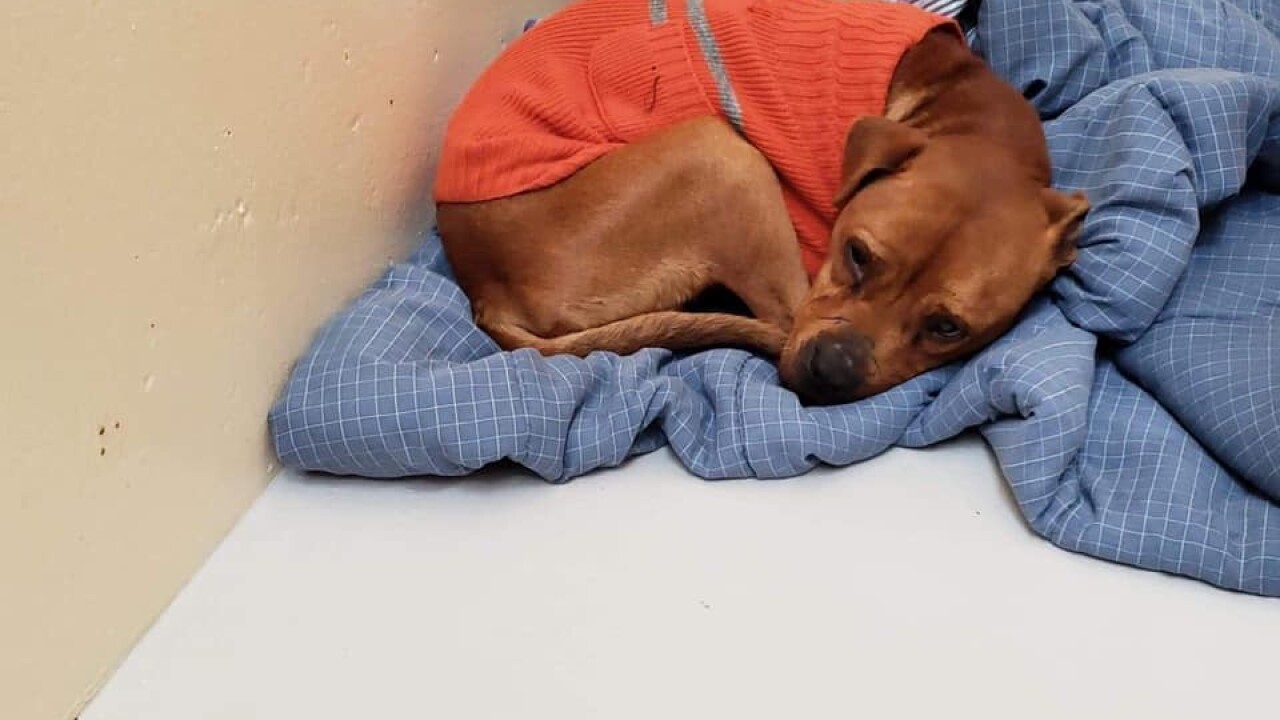 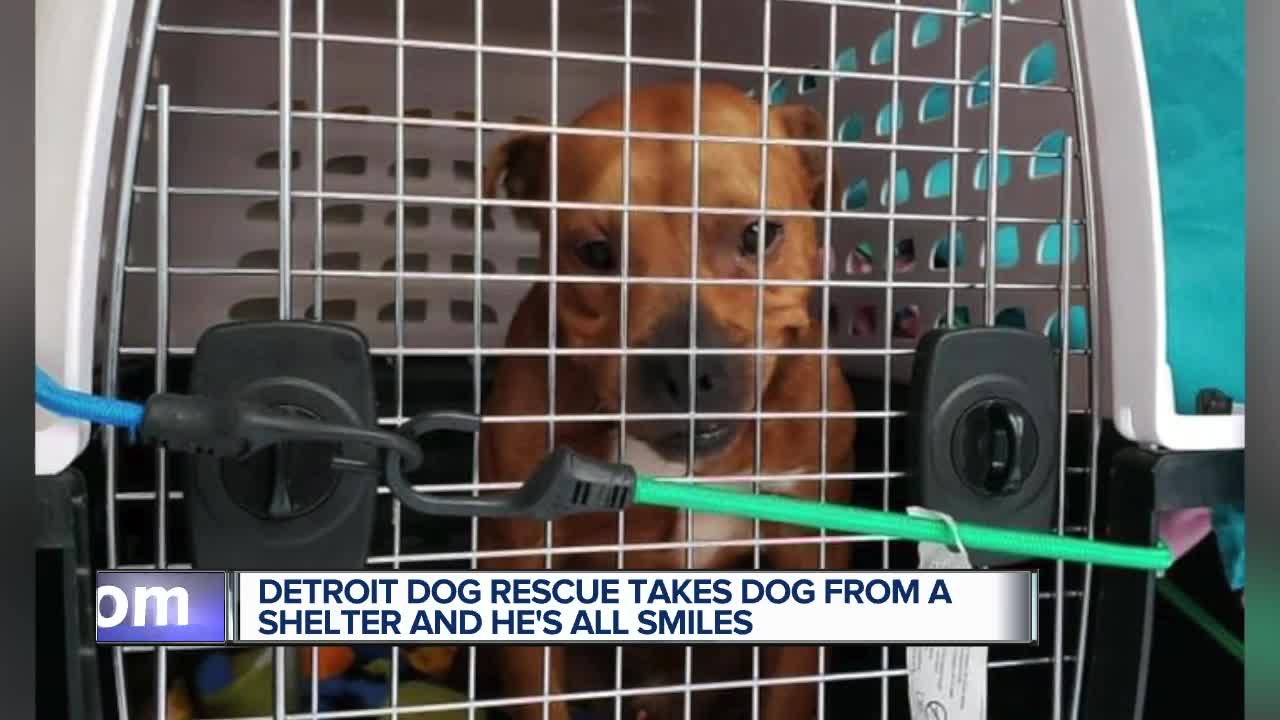 DETROIT (WXYZ) — A stray dog is already loving his new life and he wants everyone to know it!

The adorable 40-pound pooch had been picked up off the streets of Detroit and was being held at animal control.

And then Kristina Rinaldi from Detroit Dog Rescue spotted him looking rather sad.

"I met this guy while I was at Detroit Animal Control and since he’s heartworm positive, his options were extremely limited. He broke my heart because he looked like he had already accepted his fate."

But because Rinaldi couldn't shake the sight of the moping mutt, she sent two of their team members, Dustin Banooni and Sam Finn, to surprise the dog they've now named "Jerry Smiley" because he smiled the whole trip to a local veterinarian where he is beginning treatment for heartworm.

And Jerry will soon be looking for love! We're told he's friendly and plays well with other dogs his size.

And the best part? We're told Jerry likes to meet new human friends, including children.
.
Jerry needs a foster while he goes through heartworm treatment. Fosters interested in adopting this "love bug" are certainly welcome and Detroit Dog Rescue will still pay for all treatment and supplies.

It's expected that Jerry will be ready to be adopted around Valentine’s Day.

So, if you think Jerry is the one for you and your family, please contact Detroit Dog Rescue.