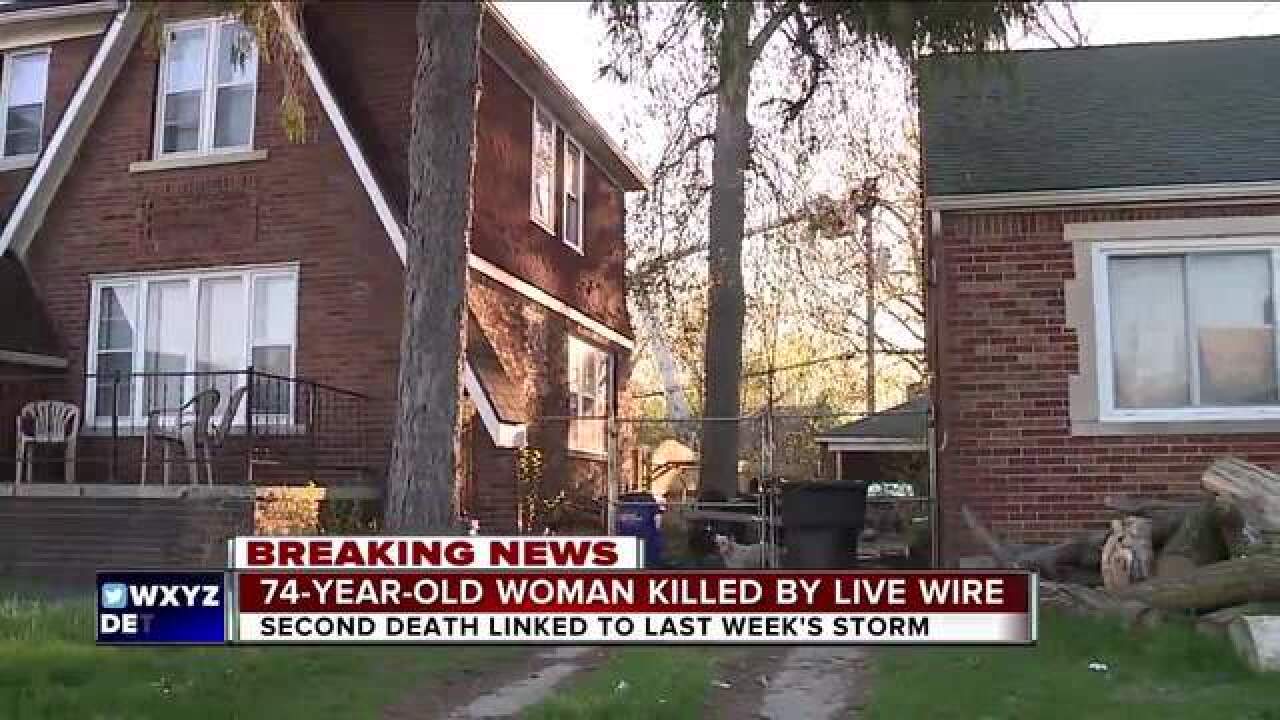 Detroit police are investigating the death of a woman who appears to have picked up a downed wire.

The woman who is in her 70s was pronounced dead on the scene, which is on E. State Fair in Detroit.

Emergency crews had to wait for DTE to turn off the power until they could attempt to assist the woman.

DTE has released the following statement on the situation:

DTE Energy crews arrived at a location on Detroit’s east side late Monday afternoon to make repairs following Friday’s wind storm. Tragically, they discovered the body of an adult female in an alley who had come into contact with a live wire in an area that had been blocked by yellow caution tape. Our hearts and prayers go out to the woman’s family. This is a sad reminder of the importance of staying at least 20 feet away from any down wire and assume that it is live. We are working with Detroit police to investigate.