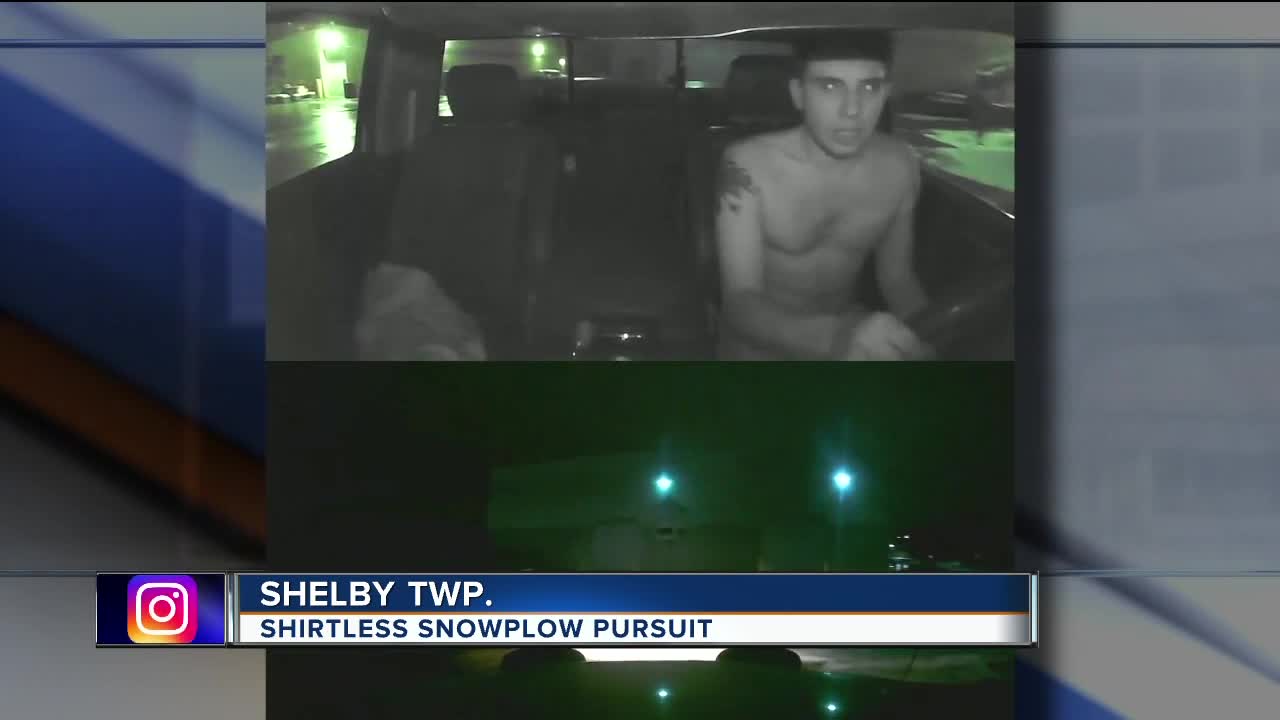 An 18-year-old who allegedly got into a physical altercation with his girlfriend stole a snowplow in Shelby Township this morning.

SHELBY TOWNSHIP, Mich. (WXYZ) — An 18-year-old man is facing several charges for allegedly hitting his girlfriend and trying to use a snow plow as a getaway vehicle.

Mario Nikprelaj has gotten into a physical altercation with his girfriend, police say, and then ran off on Monday. Less than a block away he reportedly noticed a snow plow with the engine running, parked behind ZLM Services.

”He had no shirt on, no shoes on, looked like he was in a hurry where ever he left,” says Captain Jason Schmittler with the Shelby Twp Police Department.

Nikprelaj allegedly drove off in the snow plow.

“That vehicle that he stole was equipped not only with GPS but a live feed camera,” says Capt. Schmittler.

Police were able to track Nikprelaj as he drove southbound on Mo-53 for about eight miles. He was pulled over near Van Dyke and 14 Mile Road.

The snow plow was recovered undamaged.

Nikprelaj was arraigned on three charges, including domestic violence.