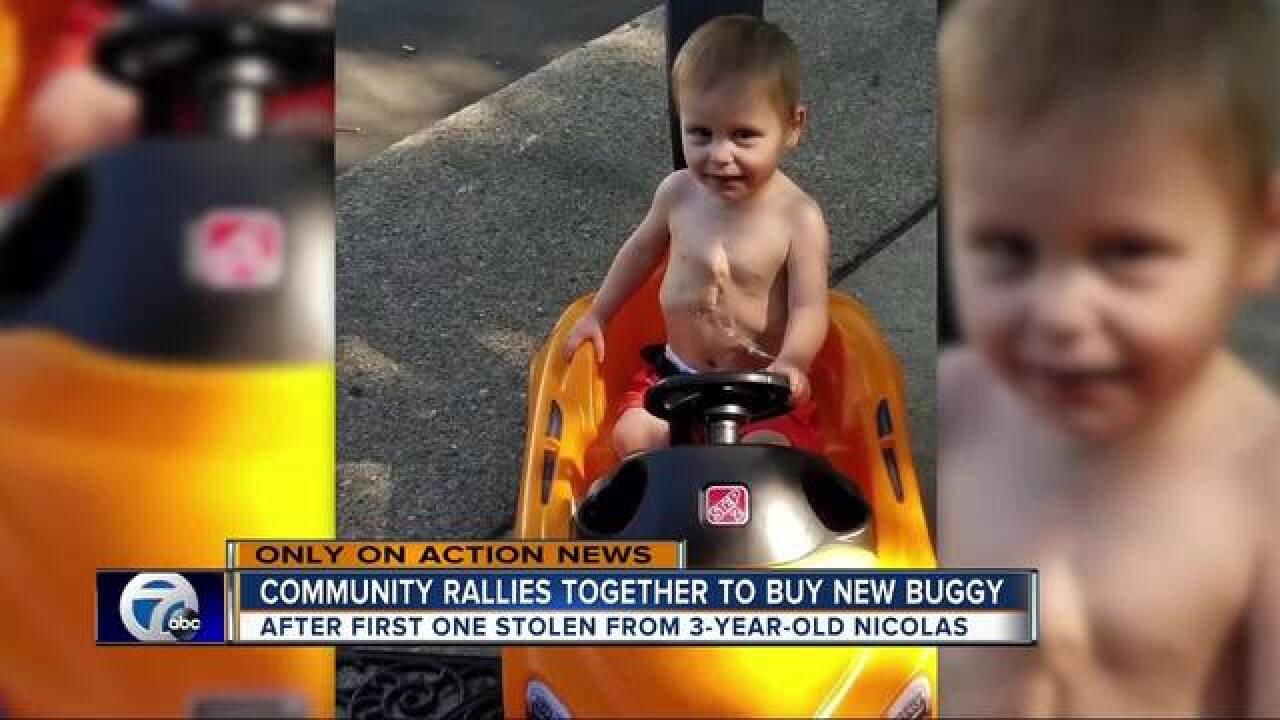 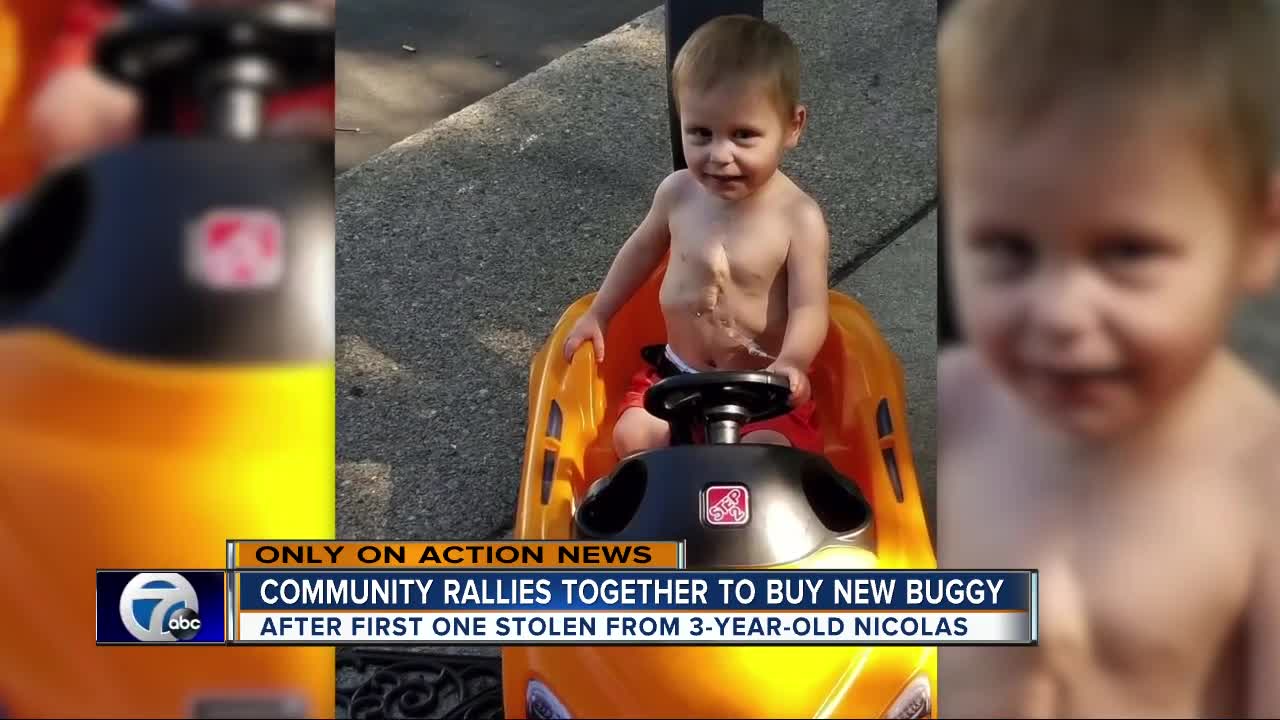 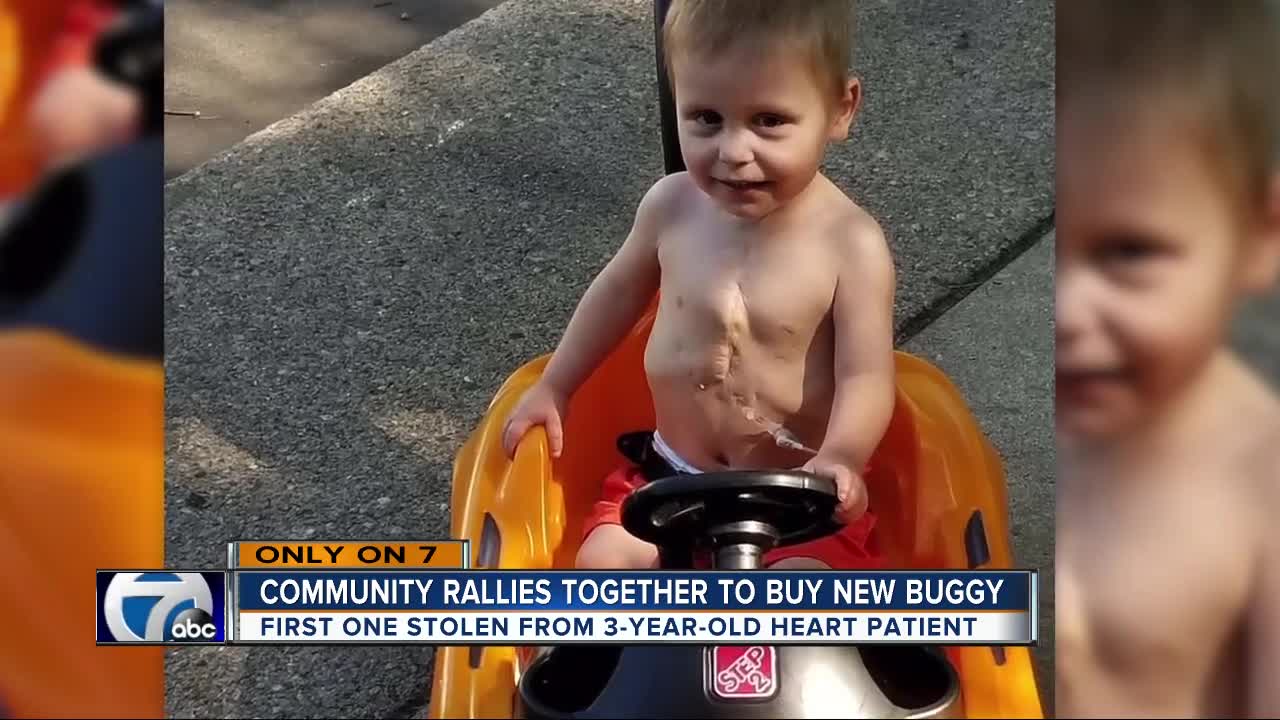 A mother is thankful after her community came together to purchase her son a new push buggy to ride after his was stolen.

Nicolas Parsons is just 3-years-old. He’s already endured more than many of us will in our lifetime.

He's had six heart surgeries and had to spend eight months in the hospital when he was born. The one thing he loved more than anything in the world was riding his push buggy.

Unfortunately, it was recently stolen, and Nicolas had nothing to ride until the community came together.

"He loves it, as soon as I get the car out he’s a happy boy," said Patricia Parsons, Nicholas' mother.

Patricia Parsons says she still can’t believe someone would steal her son's buggy from their front yard.

"It was sad because a) its a kids toy and b) they don’t know what that kid's story is," Patricia said.

It was stolen a little over a week ago. Patricia noticed it was missing when Nicholas wanted to go for a ride.

"He didn’t get to ride it for a few days, and you could tell he was pretty bummed. I still took him out in a stroller, but it’s not the same," she said.

Parsons took to social media looking for information and if anyone saw Nicholas’s push buggy.

"I decided to make a post just stating that it had been taken and if people in the area can keep an eye out for it," she said.

Parsons says people quickly noticed her post and the outpouring of help and support was incredible, something she will never forget.

"Within an hour people were messaging me, wanting to donate what they could buy him a whole new car," Patricia said.

She says she’s just glad to see her little boy Nicholas is once again able to roam the streets in his new push buggy.