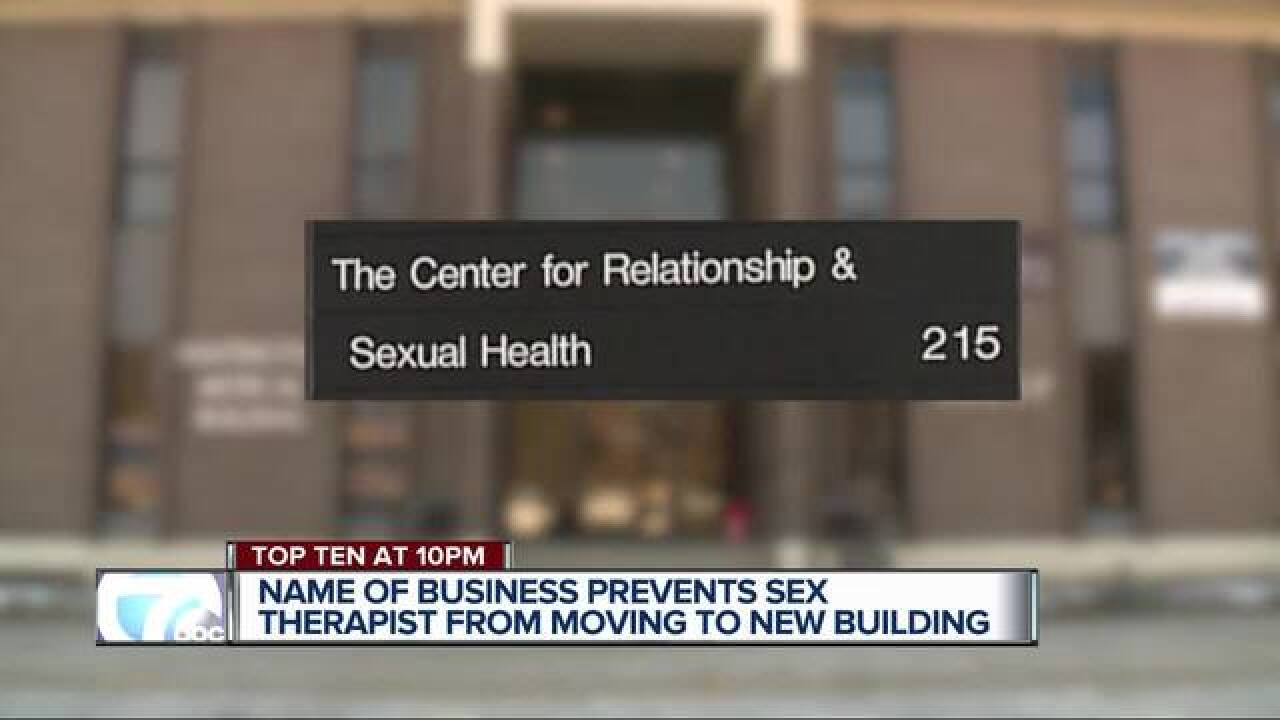 A Royal Oak psychotherapist who works in sexual health is staying put after he was unable to move into a new building because of his company's name.

VOTE: Do you think the landlord's request for the business to change its name was appropriate?

Dr. Joe Kort runs Joe Kort and Associates and The Center for Relationship and Sexual Health.

Kort, who has been working as a psychotherapist for 33 years, says the name has never been an issue before.

Now, Kort says a pediatrician at the building where he wanted to relocate saw the words "sexual health" on the directory and complained to the owners.

He says he thought about changing the name because of the situation, but decided to keep it because it's the one he's used for years.

“Within a week I received a phone call stating the physician - pediatrician - in the building had felt that sex offenders would be in the building and they were concerned,” he says. “I’m not changing the name of my business for the comfort level of someone who’s projecting their fears onto this term.”

Kort says the issue isn't affecting his business. He also says people should understand more about what it is he actually does.

“They should be understanding what it means to work with sexual health," he says. "Their patients are going to have these questions and we have the answers to help them get comfortable with them,  that’s what I do.”

Kort says he's able to remain in his current building because more rooms opened up in the facility. However, he's not ruling out moving to a new location in the future.

7 Action News tried reaching out to the owners of the building Kort intended to move to for comment. However, we have not received a reply.