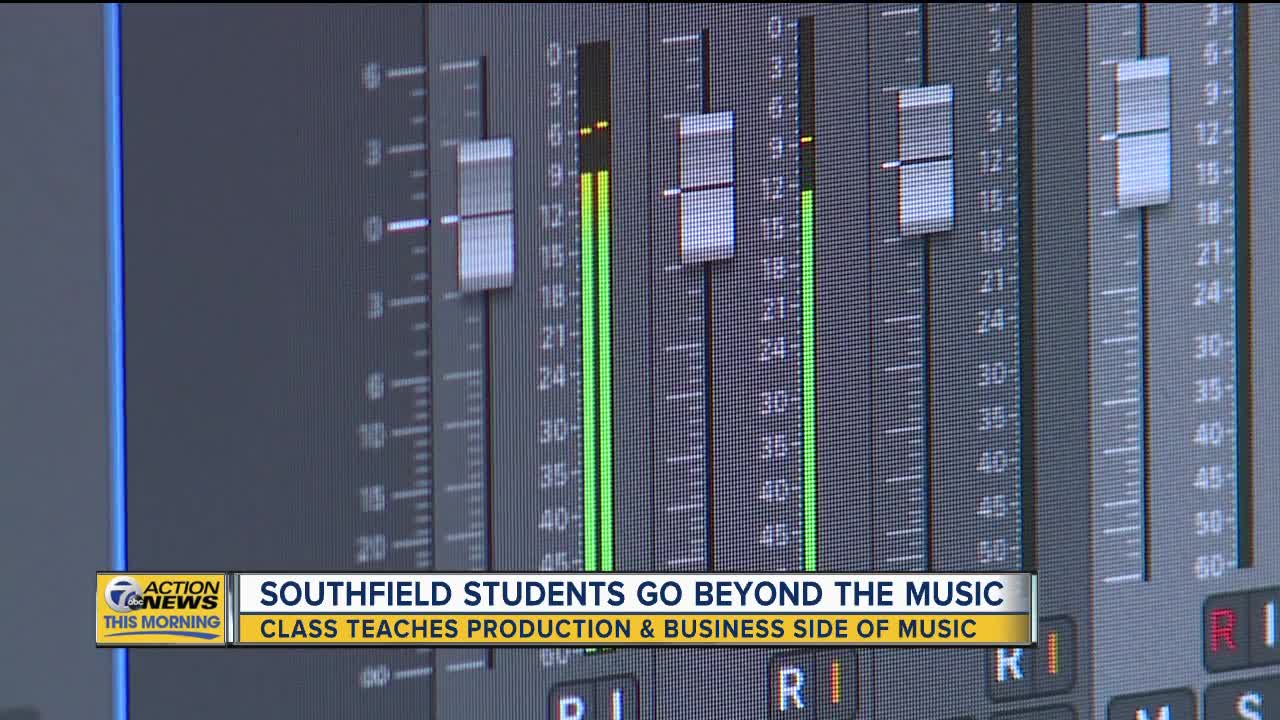 Southfield students go beyond the music

SOUTHFIELD, Mich. (WXYZ) — A Southfield Public Schools Middle School teacher is using music to teach business skills to his students in partnership with an organization called Youth Entrepreneurs. This is the very first year of the class and it is just beginning the second semester.

"I’m working on my seventh CD with a division of Sony,” says Scott.

He’s translated his life into a Birney Middle School class where every student has a MAC computer, a keyboard and Garage Band software.

"I really believe that we are blazing a trail,” says Scott, explaining that he searched for months to find a Music Production and Entrepreneurship curriculum before finally creating his own.

“They learn basic songwriting, basic keyboarding, recording, mixing ... all of the aspects that go into producing an entire CD,” he says.

Students are put in teams of four or five to create their own record label company, album artwork and produce a final CD.

“We all have different type of music styles, but like it was fun, because we all put it together and it sounded really nice,” says 8th grader Richard Curtis who one day hopes to be a music producer.

Each group has to sign their artists to recording contracts, file copywright paperwork on the songs they produce and put together a business plan.

“It helped me learn how to create my own business and earn money, lots of money,” says 8th grader Nicholas Legardy.

Last semester, each team got to sell their CDs at a school function. After subtracting costs and submitting a financial report, they get to keep the net profit.

“We didn’t know how much money we were going to make, we got about 200 something,” says Curtis who, with his team, created a record label called Hot Boy Productions.

Legardy created Toxic Waste with his team and he knew to the dollar how much they made from CD sales.

The confidence and business skills these middle school kids learn, is priceless.

“To see the journey in such a short period of time is just amazing for them and for me,” says Mr. Scott.

You might say the reaction to this brand new music technology and entrepreneurship class has been music to this teacher’s ears.

"I heard a young lady talking to a friend and she said now I have a reason to want to come to school and that did everything for me,” says Scott.

To find out more about Youth Entrepreneurs and how you can incorporate their curriculum into your class: