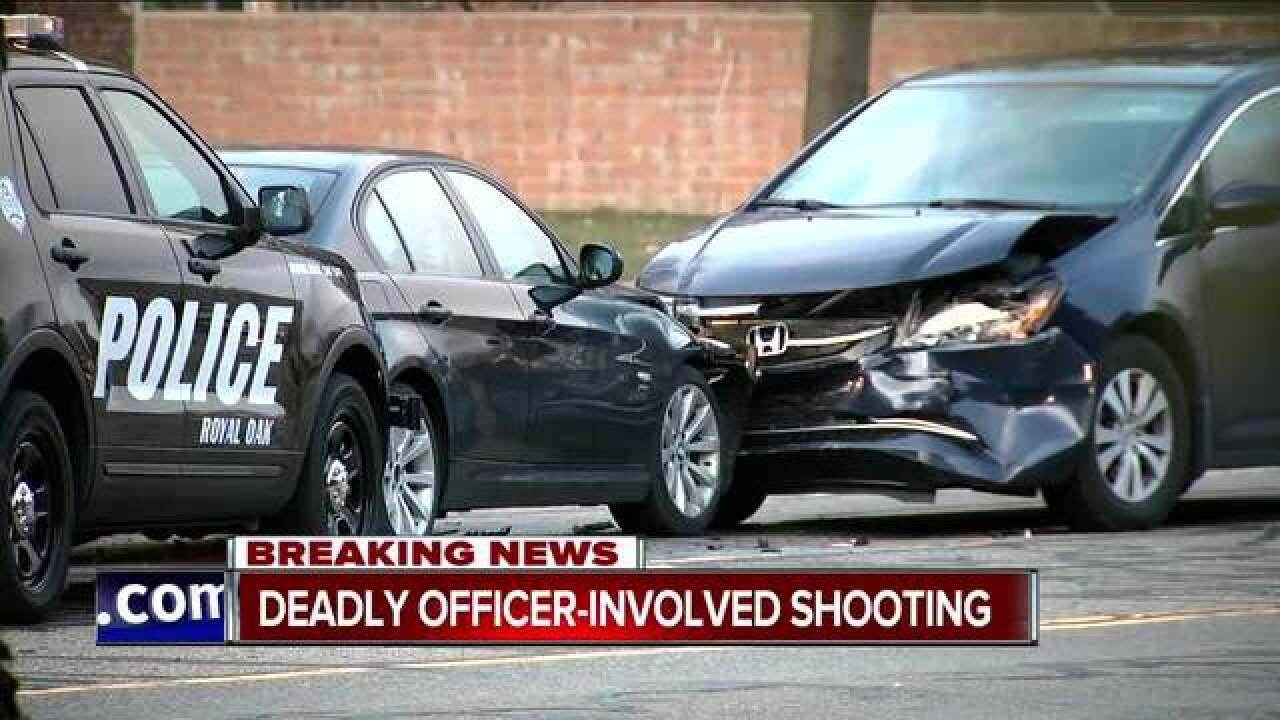 A man has been killed in an officer-involved shooting involving the Royal Oak Police Department.

Officers say Royal Oak police attempted a traffic stop around 7:00 p.m. The man behind the wheel fled from the scene at 13 Mile and Woodward to a White Castle in the area of 13 Mile and Coolidge.

That's where police say the officer spotted the suspect. He approached the car with his gun drawn and fired a shot. Officers say the suspect had tried to drive at an officer's car.

The man was wounded in the gunfire, drove off and crashed at 13 Mile and Coolidge.

He was then taken to Beaumont Hospital, where he was later pronounced dead.