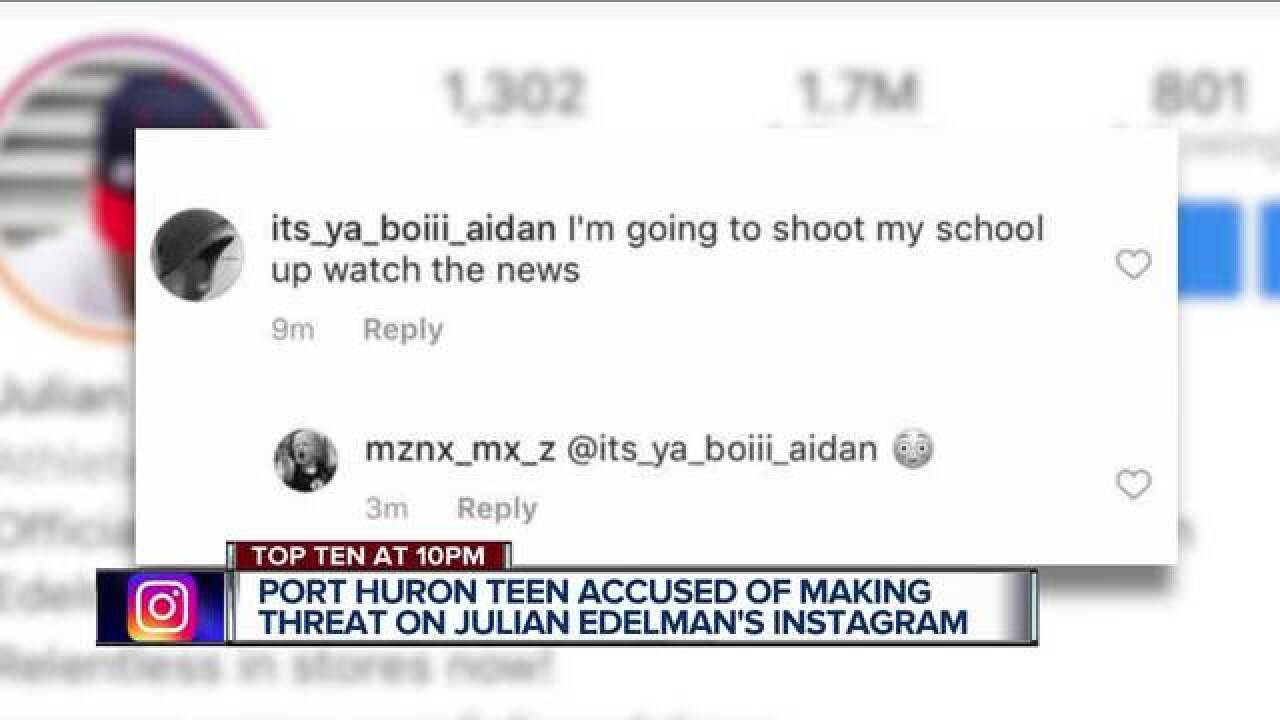 An NFL player may have averted a shooting a school in Michigan. New England Patriot’s player, Julian Edelman, received the threat on a post to his Instagram page.

The comment said ‘I’m going to shoot my school up watch the news.’

Edelman has 1.7 million followers on Instagram, but another follower noticed the comment and directed messaged the football star, who then got law enforcement involved.

"When we got that information we immediately started looking into it, our officers were able to locate a 14-year-old male,” said Capt. Joe Platzer with Port Huron PD.

Platzer said the boy admitted to making the comment and officers found two rifles belonging to the boy’s mother at their home.

"He's been charged with false report of a threat of terrorism and he's been lodged in the juvenile center,” said Platzer.

Patriot’s player, Julian Edelman said he is happy he could play a part in averting tragedy. His representatives released this statement:

Julian wants to thank the individual on his social media account who alerted Julian and his staff to this alleged threat.  This individual’s thoughtfulness and awareness may have helped avert another tragedy.  Julian is very grateful for the quick action of law enforcement authorities in Massachusetts and Michigan, and he thanks all law enforcement for their efforts in helping all of us become more aware and vigilant.

Platzer said his department takes all threats like this very seriously and he wants people to be mindful, report something if you see it and talk with your kids.

“Talk to your kids about what they post on social media because these threats have consequences,” said Platzer.

The teen has not been charged as adult at this point. He could face four years behind bars for the felony charge.