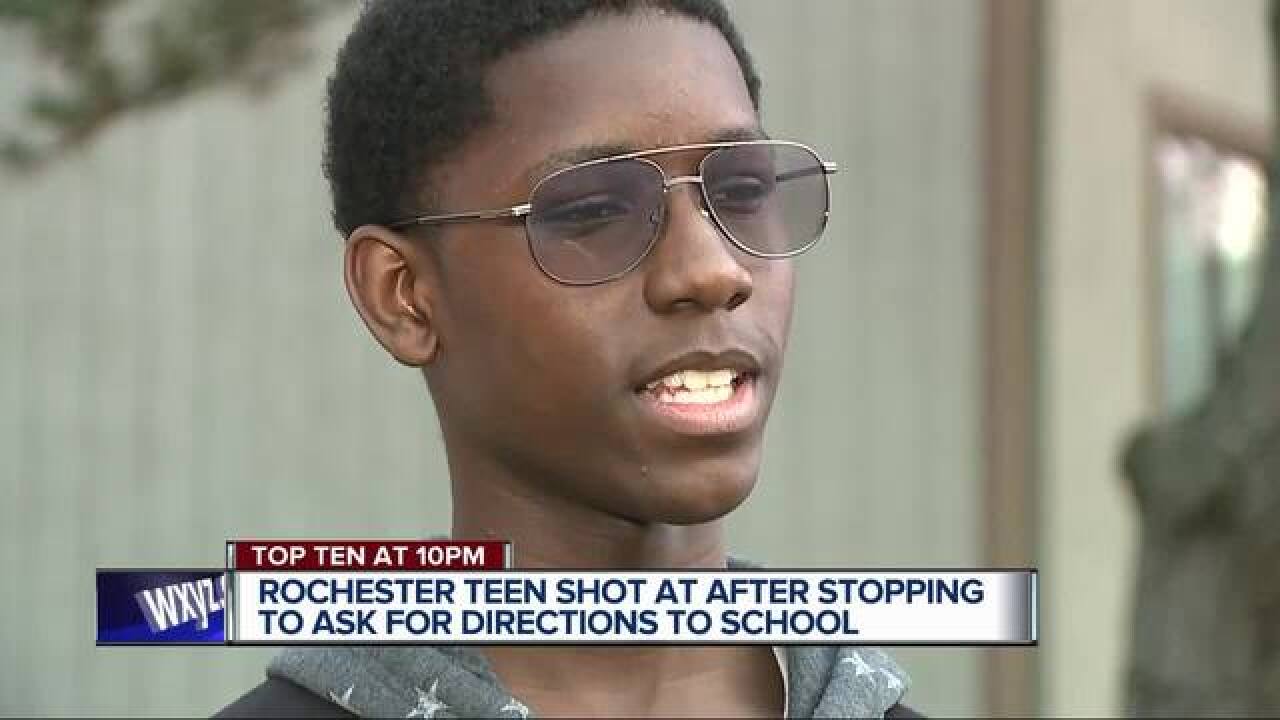 The walk to school turned terrifying for a Rochester teen who says he was shot at after he stopped to ask for directions.

Fourteen-year-old Brennan Walker missed the bus and tried to walk to school, but got lost after he couldn't remember the route.

The freshman wasn't hit, as the shot missed him as he ran away.

The situation began when Walker's alarm didn't go off. After missing his bus, he thought he could walk the roughly 4 miles to school.

Once he became lost, he stopped at a home and knocked.

Walker and his mother, Lisa, say the security video from the home shows the woman then yelled for her husband.

"The man of the house came down, pretty much just grabbed the shotgun to shoot at my son," says Lisa Walker.

"I saw it. I saw him holding it like this through the window and I guess I put my hand up, I don’t really remember, and I started to run," Brennan Walker says. "I looked back behind me I saw him aiming at me and I turned back. I turned back and I heard the gunshot. And I tried to run faster."

The man has been taken into police custody.

"If someone is running from your house and chase them outside and shoot at them, you’re going to have criminal charges coming from us," says Oakland County Sheriff Michael Bouchard.

Both Walker and his mother believe race was a factor in the incident.

"After watching the video and hearing the wife say 'why did these people choose my house' I knew it was racially motivated. I don't know what other these people she could possible have been talking about. He was by himself," Lisa Walker says.

"I didn’t want to believe that that type of stuff could happen here," says Brennan, who is just trying to process the shock of what happened.

"I don't, I don't know how you process getting shot at for asking for directions," he says.