Other rescue groups responding after 17 dogs found abandoned in truck 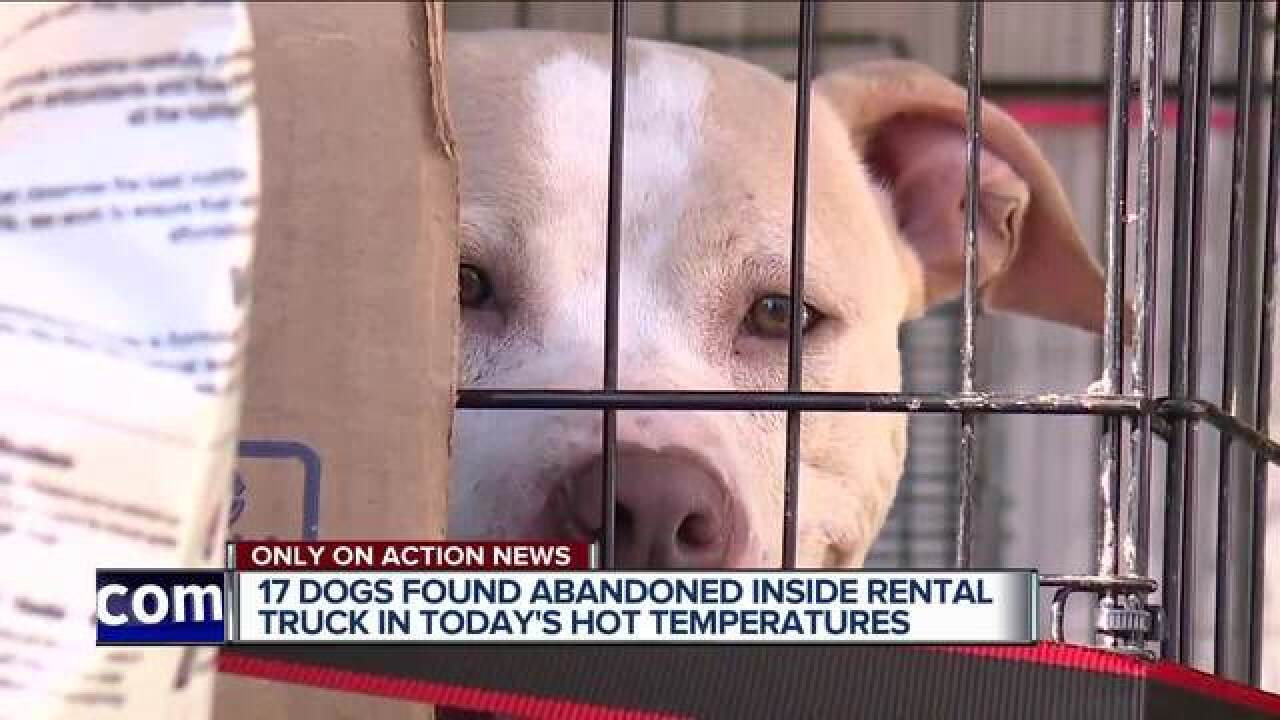 Seventeen dogs that were rescued from the back of a truck on Tuesday are doing okay after being checked out.

Animal Control officials tell 7 Action News that the dogs are being treated and that only one of them had to go directly to a vet to be checked out. However, that dog is already back at the shelter.

The update comes as other rescue organizations are staying that there were warning signs that something could go wrong.

"It's not a perfect science, you know, we don’t go to class to run a rescue," says Theresa Sumpter with Detroit Pit Crew. "We do the best we can."

Police say two people who operate another animal rescued are under investigation in the case, which found 17 dogs in crates in the back of a moving truck with no water.

Villalobos Rescue Center in Louisiana posted on Facebook that they had tried to mentor the accused rescue, which we are not naming because no charges have been filed, but they eventually evicted them. Villalobos also posted that when the rescue moved out, they stole 5 dogs, a van, kennels and crates.

The post goes on to say that some of the dogs that were taken may have had heartworm and other medical issues.

"Ultimately Villalobos was trying to do the best they could to help a rescue who they thought was struggling and it came back to bite them," says Sumpter.

Sumpter also says she warned Villalobos about mentoring the accused rescue because of past history and she is sorry to see a good deed end like this.

"It looks like it is a case of where they bit off more than they could chew but also irresponsibility," she says. "Even if you bit of more than you can chew, why would you put 17 live animals in the back of a hot van in a hot day. It doesn’t make sense, with no water."

We did try reaching out to the rescue, but our calls and emails have not yet been returned.