Detroit has been ranked as the tenth most expensive city to rent in the month of June, according to a report from real estate listing site Zumper.

Although rent dropped $70 to $1,290, Troy remains the most expensive city to rent in metro Detroit. 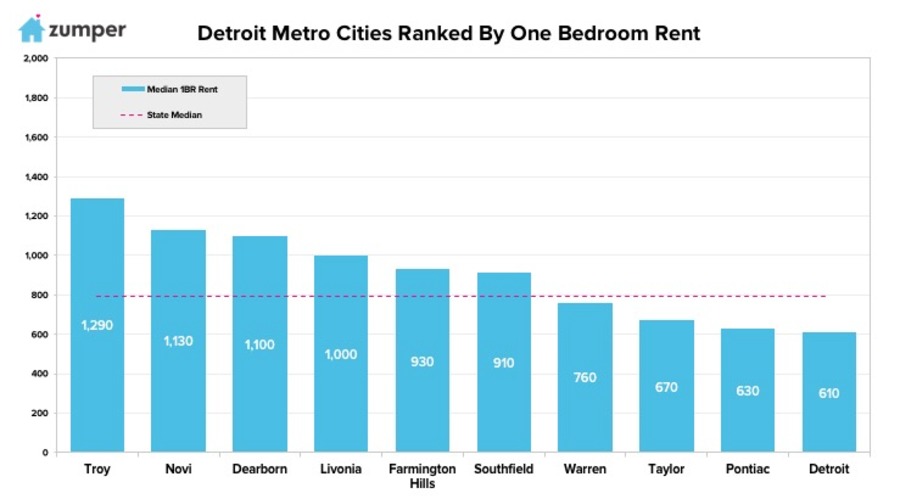 As for the least expensive cities to rent, Detroit remained the most affordable despite a $20 increase to $610.

Pontiac came in as the second least expensive at $630, and Taylor ranked in third at $670.

Just last month, the median one bedroom rent was $791 in Michigan. 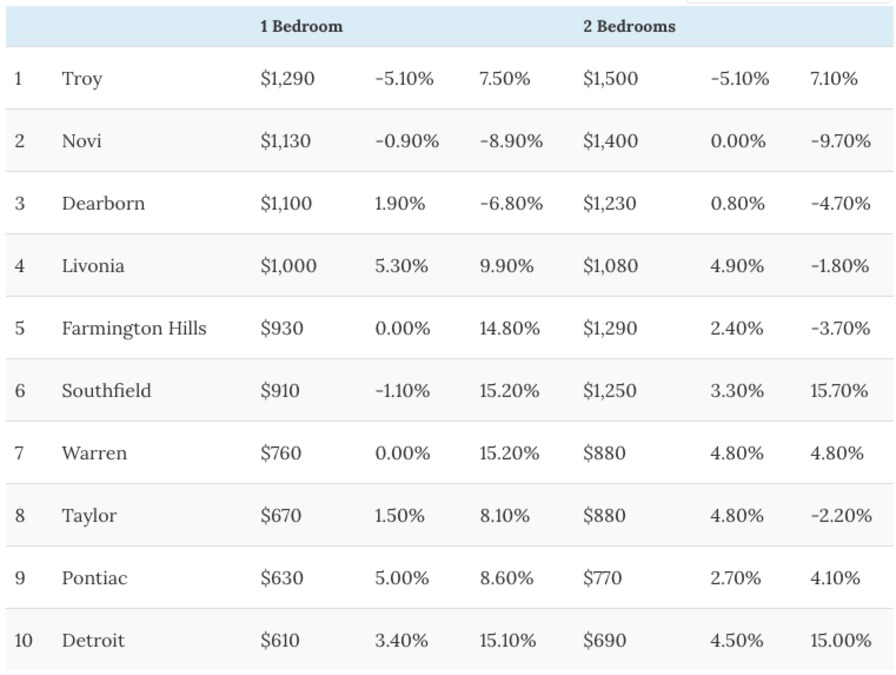