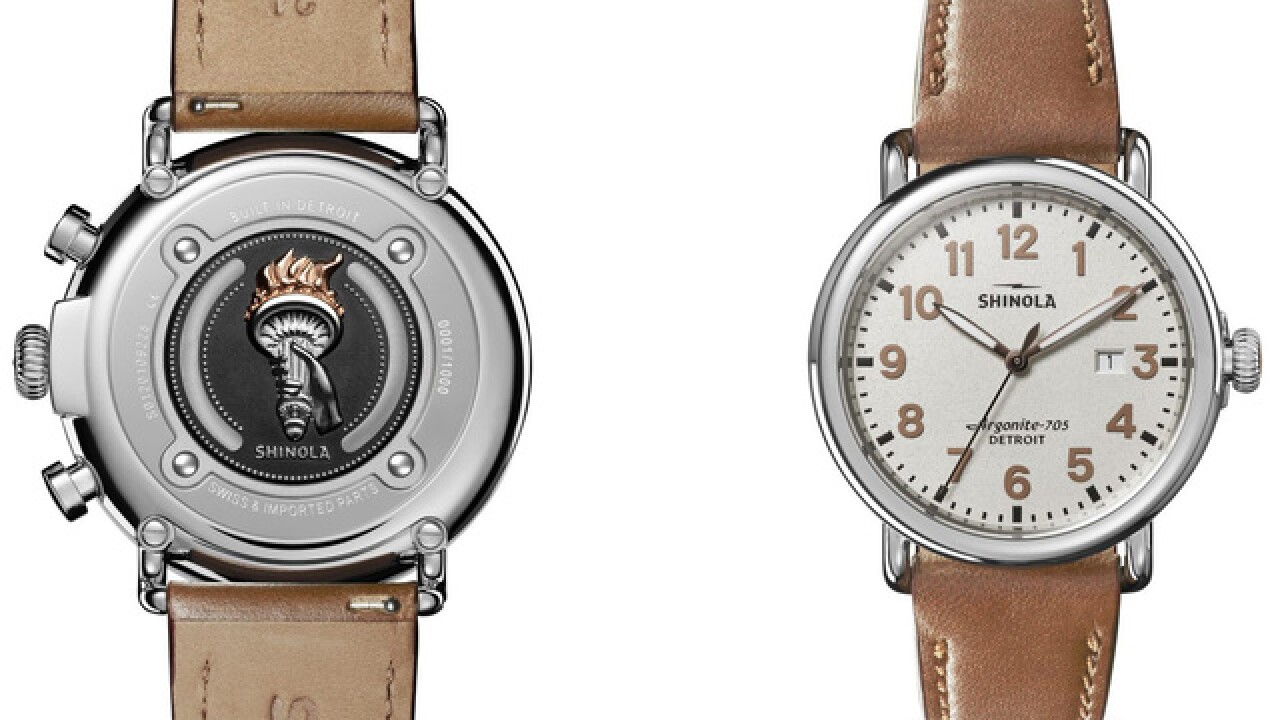 Detroit-based watchmaker Shinola is launching a new timepiece the Statue of Liberty Timepiece, hoping to get people to re-examine their perception of the term, "immigrant."

The two timepieces were created in partnership with The Statue of Liberty-Ellis Island Foundation and are the sixth installment of their Great Americans Series. They chose the State of Liberty because it's "a universal symbol of freedom, diversity and democracy."

"At Shinola, we support diversity within our communities and in our American workforce," CEO Tom Lewand said in a release. "We welcome these newest citizens because with each new perspective, America grows strong and more whole."

On June 15, the company welcomed more than 100 new Americans at the Moynihan Court House in New York City after their naturalization ceremony. To celebrate their achievement, the company gifted some of them with their flagship timepiece, the Runwell, packaged in a box with the phrase, "From this second forward, you are as American as the rest of us."

The company also spoke with some of the new citizens for a film, "From This Second Forward," which profiled ten of the citizens through interviews, during their ceremony and then on a boat ride around the Statue of Liberty.

The timepiece features a concrete-base inspired, textured gray dial and copper-toned indices and hands because copper and concrete are the two materials that brought the Statue of Liberty to life. On the back, there is a raised depiction of Lady Liberty's torch with rose golf-toned flames, and the box it comes in is a slim copper box lined with soft felt and accented with rays inspired by Lady Liberty's crown.

On the back of the box reads, "Give me your tired, your poor, your huddled masses yearning to breathe free. The wretched refuse of your teeming shore. Send these, the homeless, tempest-tost to me, I lift my lamp beside the golden door!"