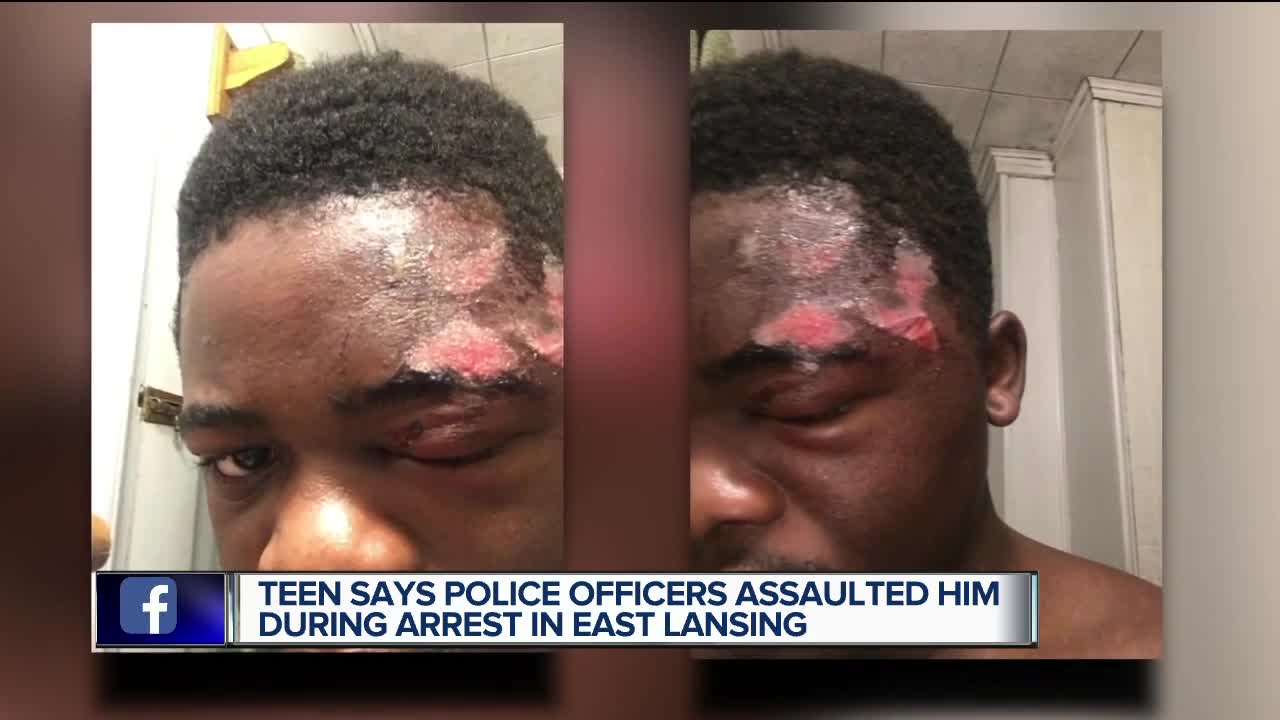 EAST LANSING, Mich. (WXYZ) — An East Lansing teen claims officers used excessive force during an arrest while he was handcuffed and not resisting.

Uwimana Gasito,19, was at the 7-Eleven on Grove St. around 1 a.m. Sunday when a man accused him and his brother of touching his girlfriend's rear end. He denies he or his brother engaged with the woman.

There was an altercation outside the convenience store where police happened to be at the same and took Gasito's brother into custody.

"While I was on the floor I was screaming my eye hurts," said Gasito. "My eyes about to come out!"

Gasito said he was not involved in the altercation but recorded video on his cell phone of his brother's arrest which he claims upset officers.

"I'm only 19 and it took three officers to detain me and put me in the police car and I was not resisting," said Gasito. "So, I think there was a lot of force."

“The East Lansing Police Department (ELPD) has proactively initiated an internal investigation into an allegation of alleged excessive force during an incident that occurred early in the morning on Sunday, Feb. 9 in the parking lot of 7-Eleven in downtown East Lansing. ELPD takes allegations of this nature very seriously and is actively investigating the incident, including gathering statements from all involved and reviewing video footage. ELPD leadership expects professionalism from its sworn officers and the safety of the people within the community is our top priority. If it is discovered that something inappropriate occurred, appropriate action will be taken. Once the investigation is completed, a special meeting of the East Lansing City Council will be held to provide a public review of all of the body cam and in-car footage from the incident and the video footage will be released at that time.”

East Lansing police have opened an internal investigation as a result.

Gasito and supporters are planning a protest on Sunday, Feb. 23 from 1:30 to 4 p.m. outside police headquarters.

A public review of the body cam and police car video will be released to the public in two weeks.