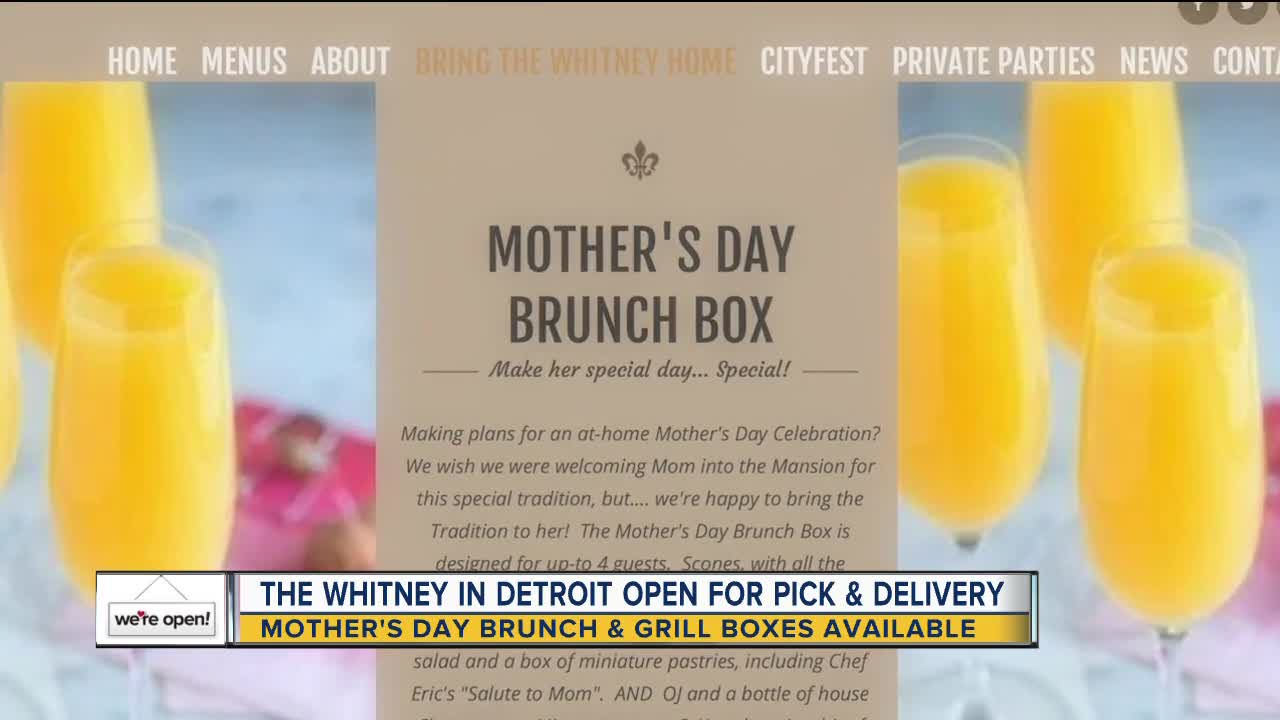 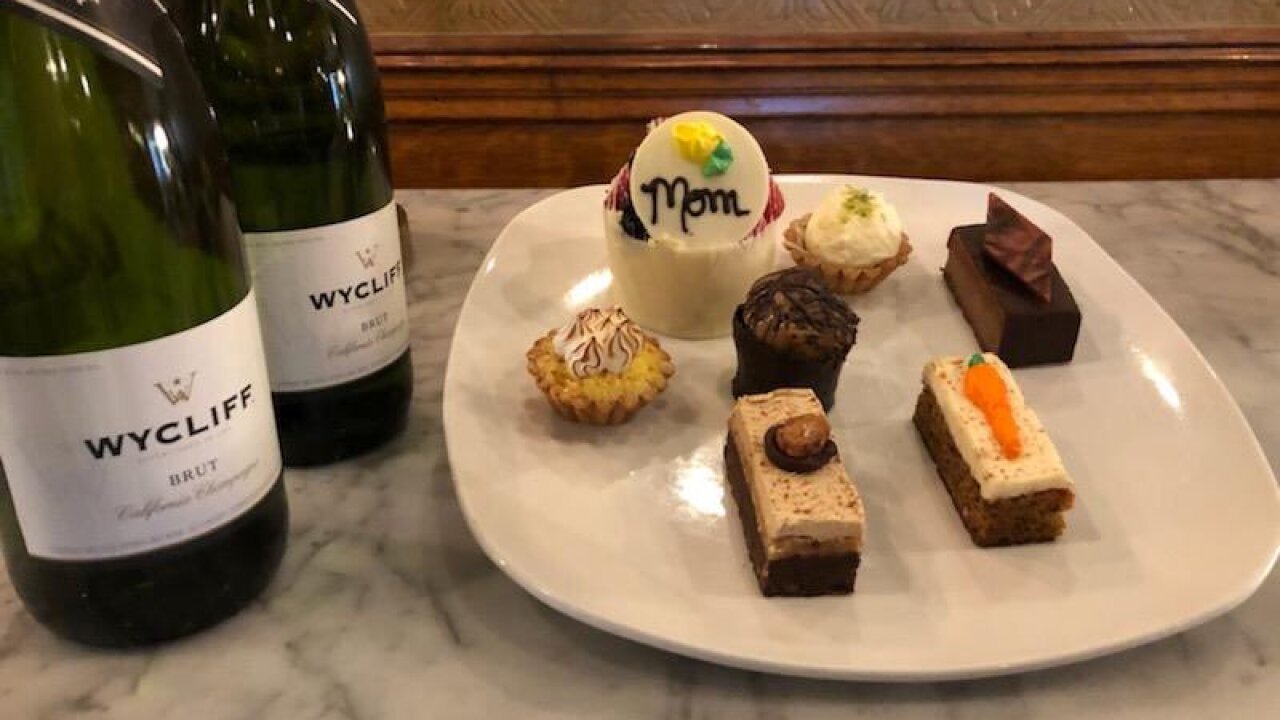 MIDTOWN, Mich. (WXYZ) — The Whitney mansion in Midtown says Mother’s Day is usually the busiest day of the year. Now they want to make sure moms in metro Detroit are still treated to a nice meal.

This year, they have a Mother’s Day Brunch Box complete with champagne and freshly squeezed orange juice for mimosas. It also has scones, pastries and ingredients needed to whip up a freshly made meal.

“What we say is if you can scramble an egg, you can chef your way through this,” said Director of Operations for The Whitney David Duey.

The brunch feeds a family of four for $125. Curbside pickup is available or delivery for $25.

The Whitney is known for their juicy steaks, so right now they are selling “The Grill Box.” From now until Saturday, people can buy a New York strip steak, a jar of steak seasoning and bottle of champagne all for $100. Also included in that deal, a $50 dollar gift card to use when dining does open up again.

If you buy a grill box, a gift card is donated to a frontline worker. On Monday, $50 gift cards were dropped off at the Henry Ford Health System.

“We donated over $30,000 in gift cards to the people that work in food service, and janitorial and security kind of the people who are behind the scenes that keep the hospital running they take the same risks,” said Duey.

The next round of gift cards will be given to police officers at the Wayne State University Police Department.