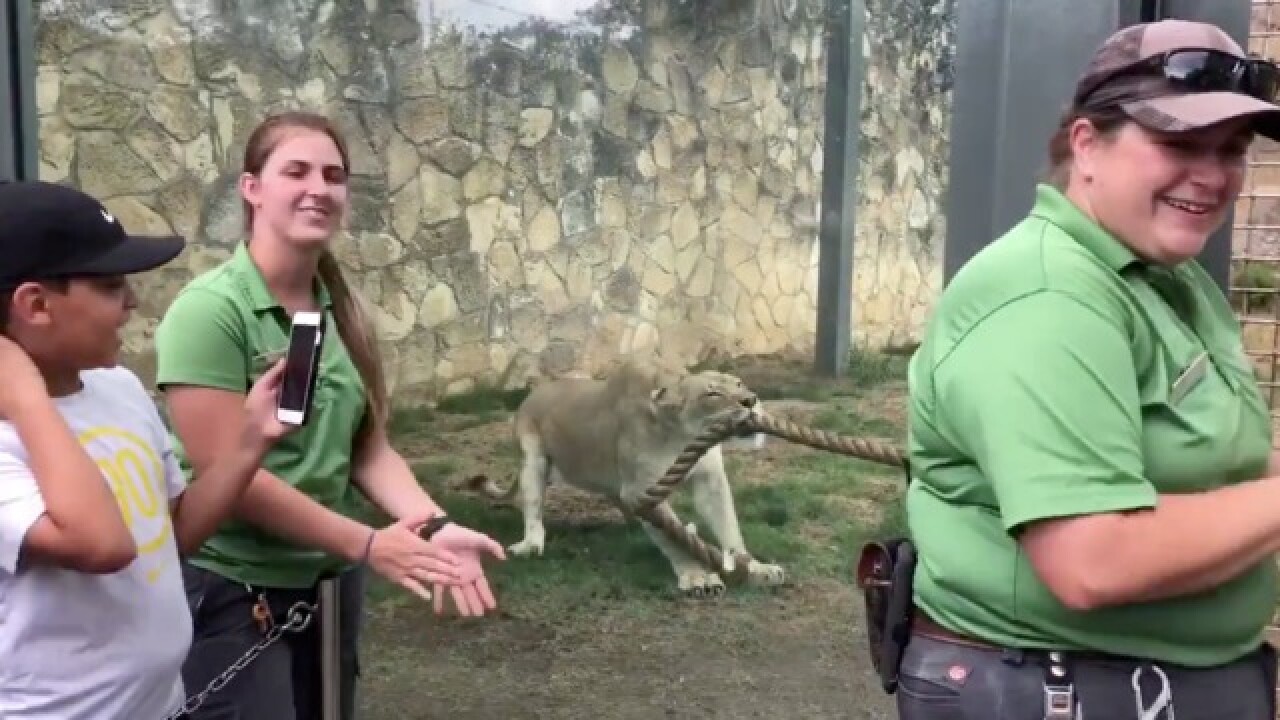 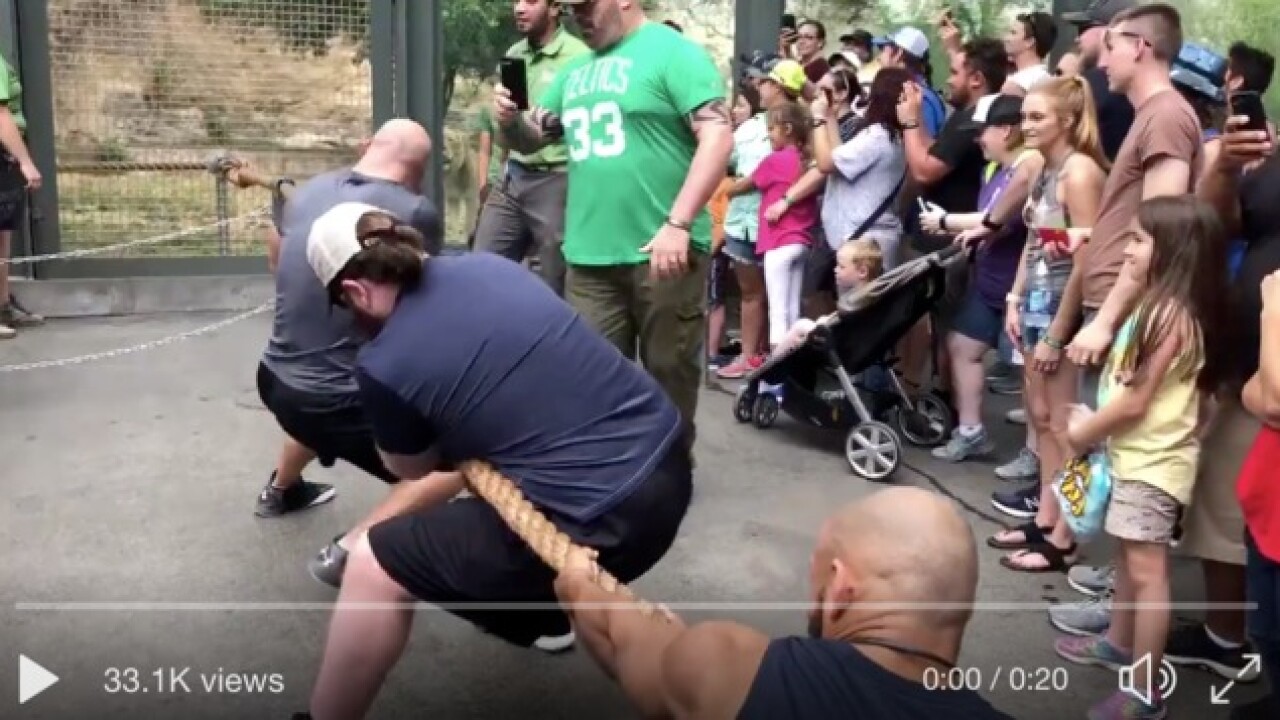 The video, posted by the San Antonio Zoo in May, went viral this week showing the wrestlers playing tug of war with the 2 1/2-year-old lion cub.

🤼‍♂️ How many #NXT #WWE superstar wrestlers does it take to win in tug of war with a 2 1/2 year old lion cub? Apparently more than 3! #NXTSanAntonio #SAZoo pic.twitter.com/avyPVwRYjN

According to My San Antonio , the zoo installed the tug of war game in 2016 as a way to stimulate the lions and recreate aspects of their natural environment.

"We try to simulate what they would do out in the natural environment. It is tough, they have to forage for food, compete for food, to through long periods of time without food," San Antonio Zoo Public Relations Director Chuck Cureau said to My San Antonio . "Fortunately in a zoo, they're going to get that food every single day, but we try to vary it up so they don't get bored."