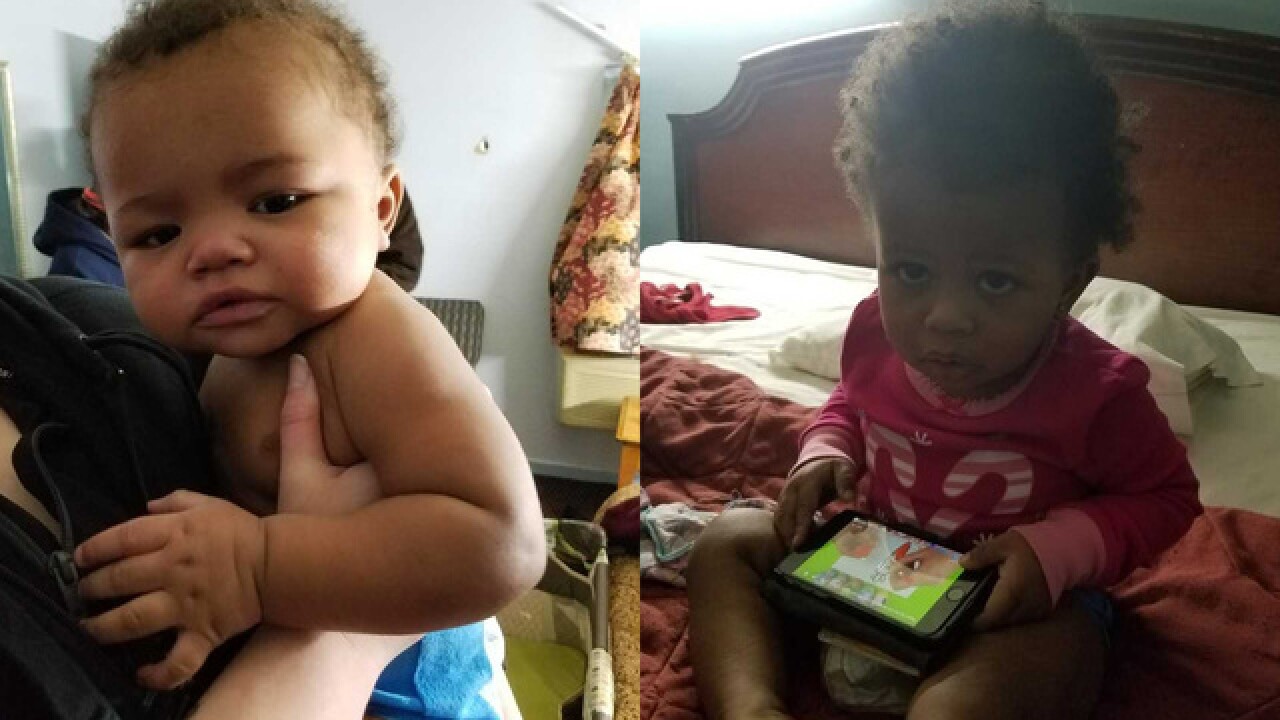 Detroit police say a woman has been arrested after two people came forward identifying themselves as the parents of two young children found in a hotel room overnight.

The woman is identified as the children's 24-year-old mother. She has been arrested for neglect.

A warrant package will be submitted to the Wayne County Prosecutors Office for review and charges.

According to police, the children - a 1-year-old girl and a 7-month-old boy - were found around 12:30 a.m. Tuesday in the Cranbrook House Motel near 8 Mile and the Lodge Freeway.

It started when a 29-year-old was walking through the parking lot when he heard arguing and then shots being fired, then felt pain in his back. He is being treated at a local hospital and is in critical condition.

Surveillance video shows a man in a black hoodie step into the frame, pull out a gun and fire multiple times.

Scout units arrived on scene and found a bullet hole in the window of Room 119.

When investigating, they found the two children, both believed to be under 2-years-old, inside the room alone.

One of the kids was in a crib and the other on a bed. Police say both of their diapers were soiled. They say the children were covered in feces and rashes.

According to police, both children were checked out and are not injured. Detroit Police Child Abuse Section was notified and responded. Child Protective Services took custody of the children about 4:00 a.m.

Police say the mother has a third child who's father already has full custody of her. That man is also the father of the 1-year-old girl. He has come forward and has offered to take in his daughter, as well as the 7-month-old boy as well.