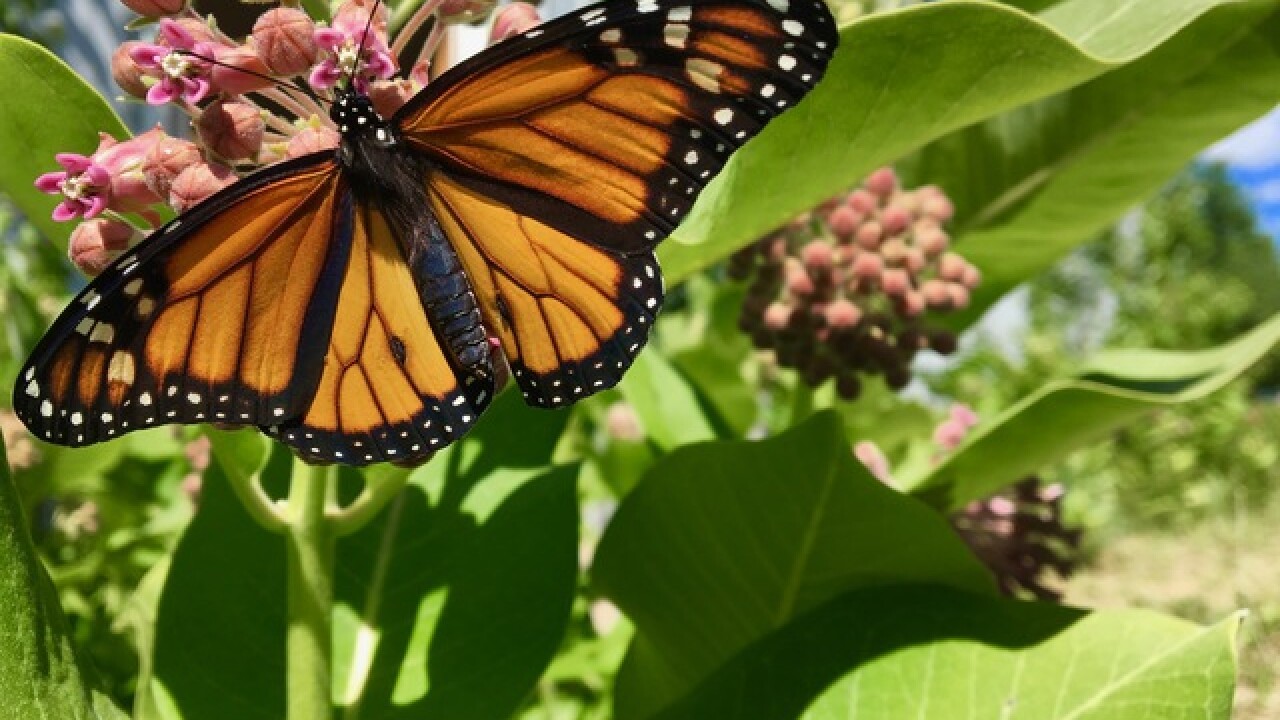 A new study conducted at the University of Michigan reveals a previously unrecognized threat to monarch butterflies.

The study says mounting levels of atmospheric carbon dioxide reduce the medicinal properties of milkweed plants that protect the insects from disease.

Milkweed leaves contain toxins that help the butterflies ward off predators and parasites, and the plant is the sole food of monarch caterpillars.

The study showed that the most protective of the four milkweed species lost its medicinal properties when grown under elevated CO2, resulting in the monarch's lifespan reduction of one week. It also resulted in a steep decline in the monarch's ability to tolerate a parasite.

"We discovered a previously unrecognized, indirect mechanism by which ongoing environmental change—in this case, rising levels of atmospheric CO2—can act on disease in monarch butterflies," said Leslie Decker, first author of the study, which is scheduled for publication July 10 in the journal Ecology Letters.

In recent years, the study says, monarch populations have been declining rapidly.

"Habitat loss, problems during migration and climate change all contribute to monarch declines," said UM ecologist Mark Hunter. "Unfortunately, our results add to that list and suggest that parasite-infected monarchs will become steadily sicker if atmospheric concentrations of CO2 continue to rise."