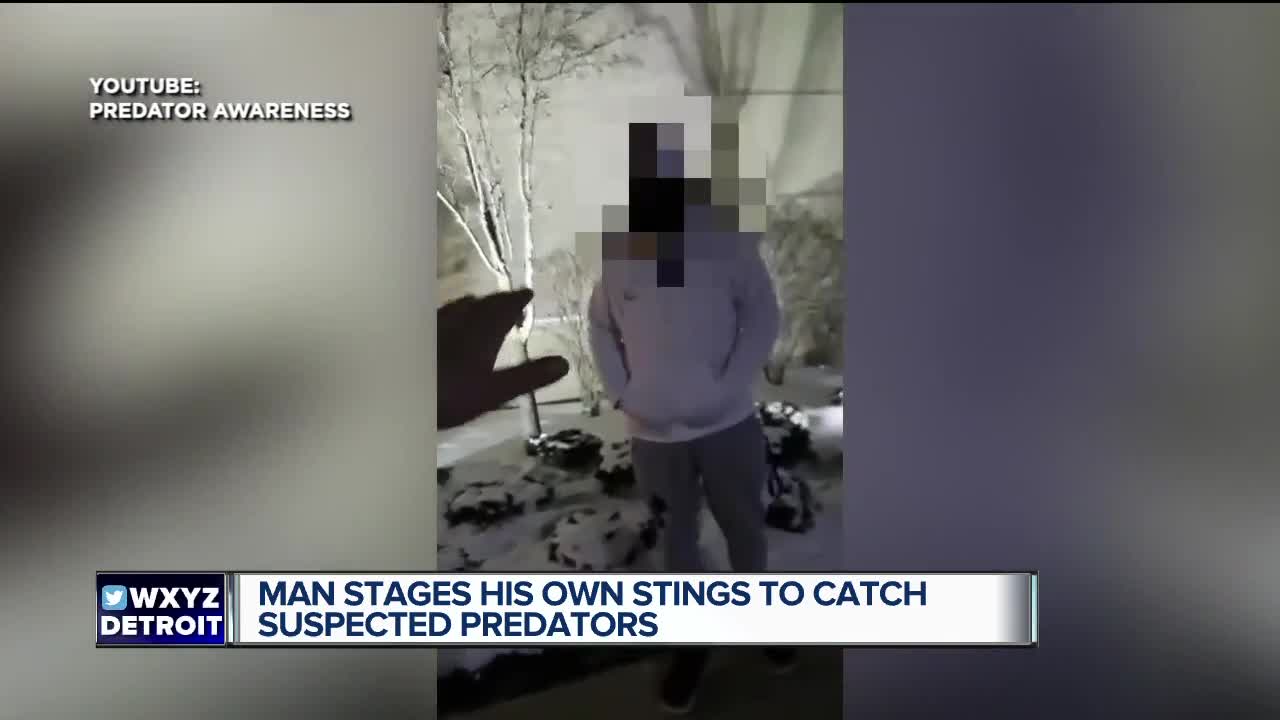 Police are asking a man who posted his own stings confronting predators to stand down and let them do their jobs.

(WXYZ) — He’s only been online a few days and the videos made by the man behind Predator Awareness have gone viral with more than a hundred thousand views.

The man wants to remain anonymous but tells 7 Action News he meets men online who think they are going to meet a 15-year-old boy for sex. Instead, they meet him with his cell phone rolling. He’s posting the videos on You Tube and Facebook.

In one video he confronts a man and says, “this camera is for my protection and yours.”

Here's another video confrontation. We talk with the anonymous man behind these at 6 @wxyzdetroit https://t.co/BrCd1ng4UZ pic.twitter.com/ds0smvhfKQ

In another video inside a movie theater he confronts another man and says, “You have to answer some questions and you are free to go about your day.”

In a third video he confronts a man inside a retail store and the man runs off.

St. Clair County Sheriff Tim Donnellon says this may not be legal and it is not safe, “Say somebody is a parolee he thinks this is a police officer and he doesn’t want to go back to prison. It really puts the public in great danger so we absolutely do not approve of this.”

The man behind the mission says, “They advised me that it was not safe. I did try to confer with them if I’m breaking any laws because that’s first and foremost I don’t want to get in trouble myself.”

People we talked with in the parking lot of one of the confrontations say they’ve been watching the videos online. “I think it’s a good idea because these guys need to be caught,” says Brenda Miller. “It’s a cop issue,” says Steven Klei. Madison Taylor says, “I personally appreciate it. My parents were you need to be careful if you’re going to be online.”

The man is turning over evidence he’s gathered including 600 screen shots of online chats to the Sheriff and Police this evening, but it can’t be used to prosecute anyone. He says he’s a dad and an uncle and wants this to stop. He says he’s watched other citizens do this in other locations with hundreds of videos with no trouble and no one injured. The Sheriff says they will figure out if this is legal for him to continue.