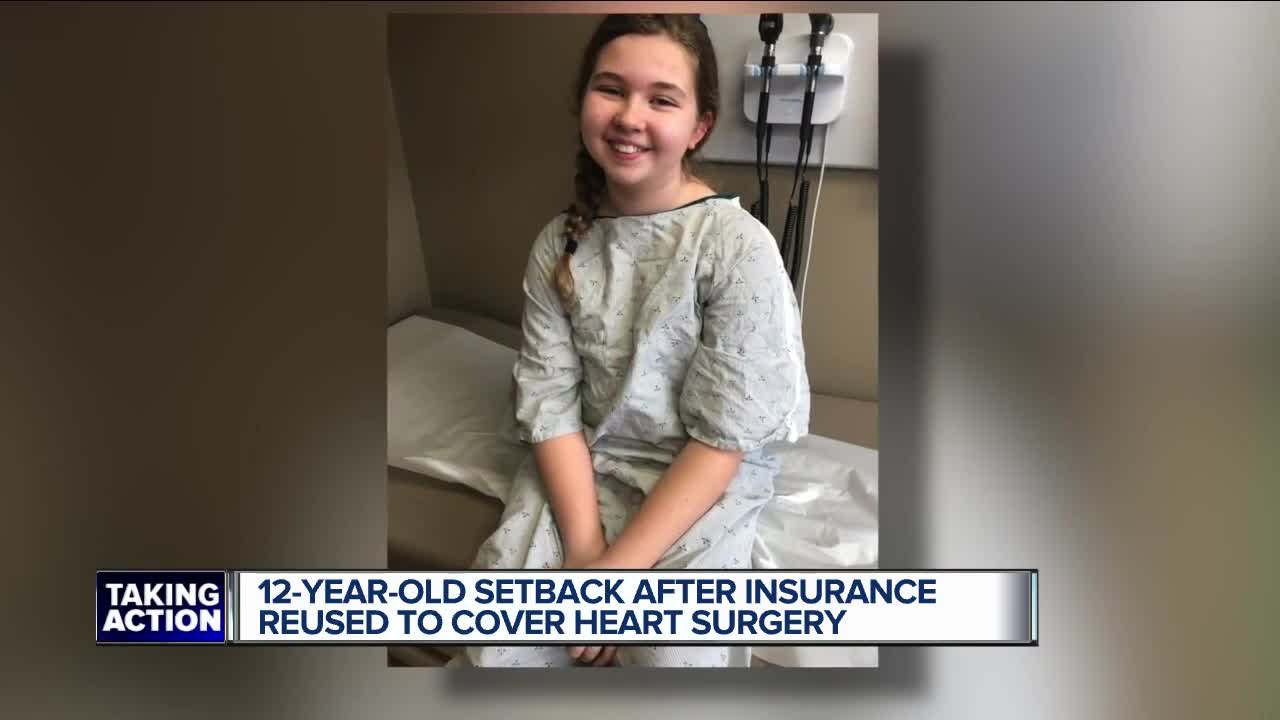 A Taylor Mother is in need of help. Her 12-year-old daughter needs a heart procedure but her insurance provider is not covering it.

TAYLOR, Mich. (WXYZ) — A Taylor Mother is in need of help. Her 12-year-old daughter needs a heart procedure but her insurance provider is not covering it.

Aiden Fitzsimmons was schedule to have a second heart procedure on Aug. 1 at C.S Mott Children's Hospital but that didn’t happen because their insurance won’t cover it, saying it was out of network.

"I cried a lot at first and then I just realized that I have to be her voice. You can’t give up on this, you can’t just throw in the towel," Jessica said.

Aiden was born with a heart defect. She had surgery when she was two but is now having breathing difficulties and is constantly feeling fatigued.

"Anything like exertion causes her to just not be able to breathe like she’s having a panic attack," Jessica said.

After they were denied at U of M, doctors sent authorization to Children’s hospital in Detroit for the procedure to be done on August 12. But, again their insurance company, Total Health Care, said that hospital is also out of network. Then gave them a hospital that is in network.

"They said Beaumont. Beaumont does not specialize in this procedure. Children’s hospital in Troy isn’t at a level where they can do this procedure," Jessica said.

U of M is now looking for other options so the procedure can be done. Jessica says she will do whatever she has to so her daughter can have the surgery, including starting a GoFundMe page.