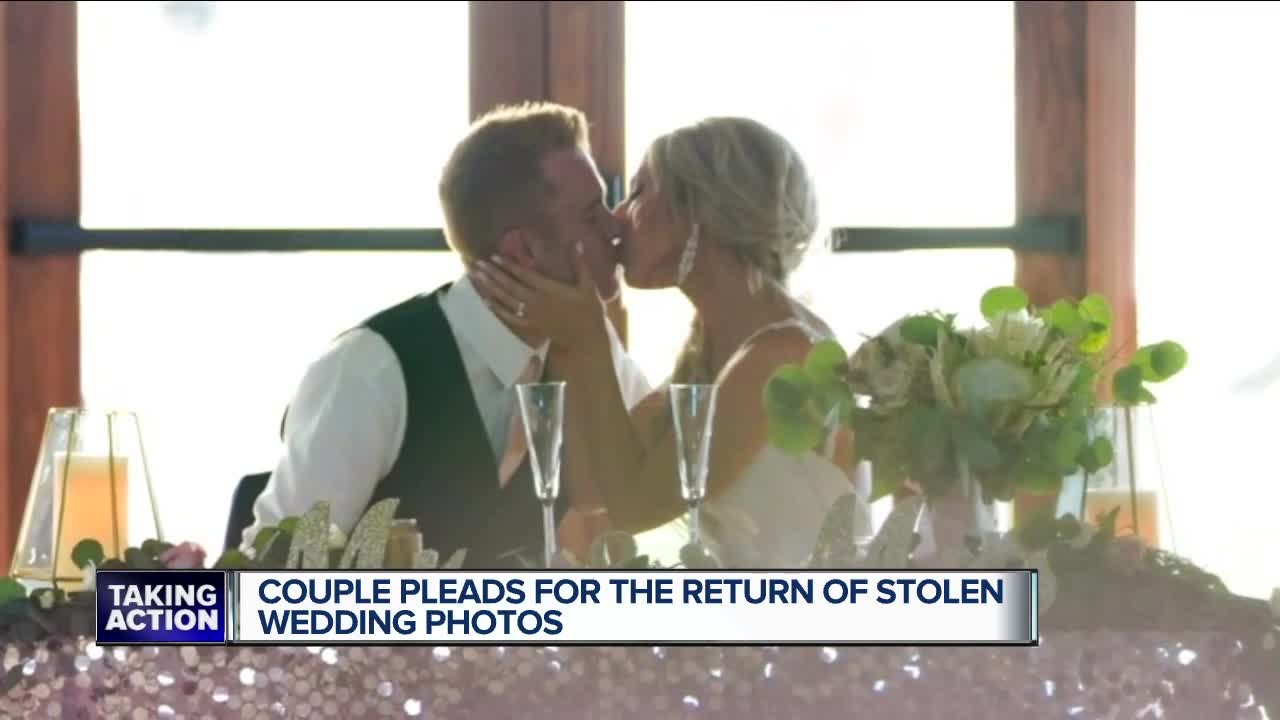 A newlywed couple from Livonia wants their wedding pictures back after the sentimental items were stolen from their photographer's car during a Lions game in downtown Detroit.

LIVONIA, Mich. (WXYZ) — A newlywed couple from Livonia wants their wedding pictures back after the sentimental items were stolen from their photographer's car during a Lions game in downtown Detroit.

Jessica and Justin Wetzler say it’s their worst nightmare come to life. Now they're hoping someone out there knows something and will return the pictures.

"I was expecting a happy phone call and unfortunately we heard probably the worst news you could think of when you’re talking about your wedding photos," Jessica said.

Jessica and Justin Wetzler, the last few weeks have been a nightmare.

"Just the fact that we’re not going to have the luxury of a full suit of photos is just very heartbreaking for us," Justin said.

They had the most amazing wedding day in Ludington, Michigan – it was perfect, they said. The newlyweds couldn't wait to see the pictures from their special day, but that wasn’t going to happen.

The newlywed's photographer, Destiny, said her car was broken into. She parked near Ford Field to go watch the Lions take on the Chiefs with her boyfriend.

During the game, Destiny started getting alerts on her phone that her bank card was getting used around Detroit.

"I knew at that point something was wrong and I just looked at him and said we’ve got to go and we ran out of there," Destiny said.

Her car doors were open, the black bag with her laptop and all the photos were gone including the SD cards that have a ton of pictures, not just from the Wetzlers wedding, but two others as well.

"I just fell to my knees on the side of the road, just feeling the weight of just all those memories that I know are in there for these brides," Destiny said.

Now that perfect day is just a memory. Memories that can never be recreated. The newlyweds just want their pictures back with no questions asked.

"Whoever happens to have it, we don't care about the items we just want the photos," Jessica said.

The couple did receive some preview pictures from their photographer, but want all of their photos back. The couple says they have a P.O. Box if you have the photos or know someone who does. You can mail them to P.O. BOX 412 Fremont, MI. 49412.