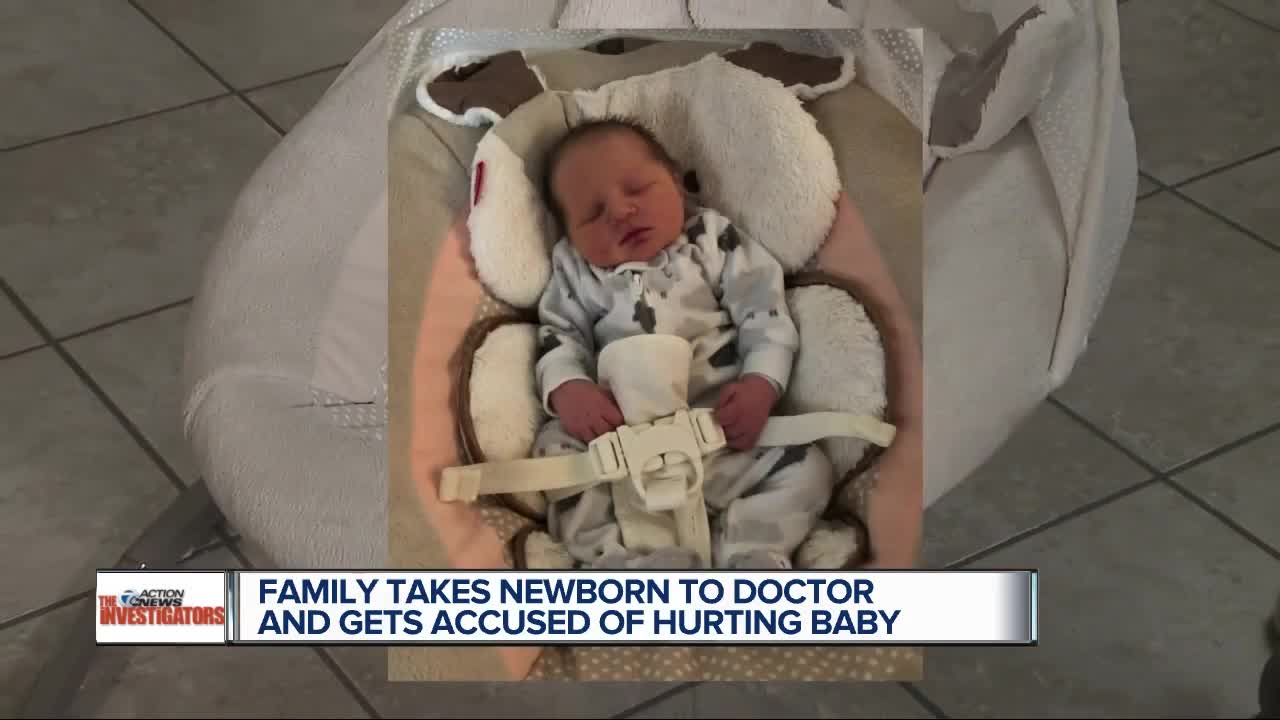 A family from Westland says when they noticed a mark on their newborn’s stomach, they took him to the doctor right away. But Allie and Jimmy Parker were stunned when a University of Michigan doctor accused them of abusing their baby. “I thought we lived in America where you were innocent until you were proven guilty," Allie Parker told 7 Investigator Heather Catallo. "We were guilty until we proved we were innocent.” 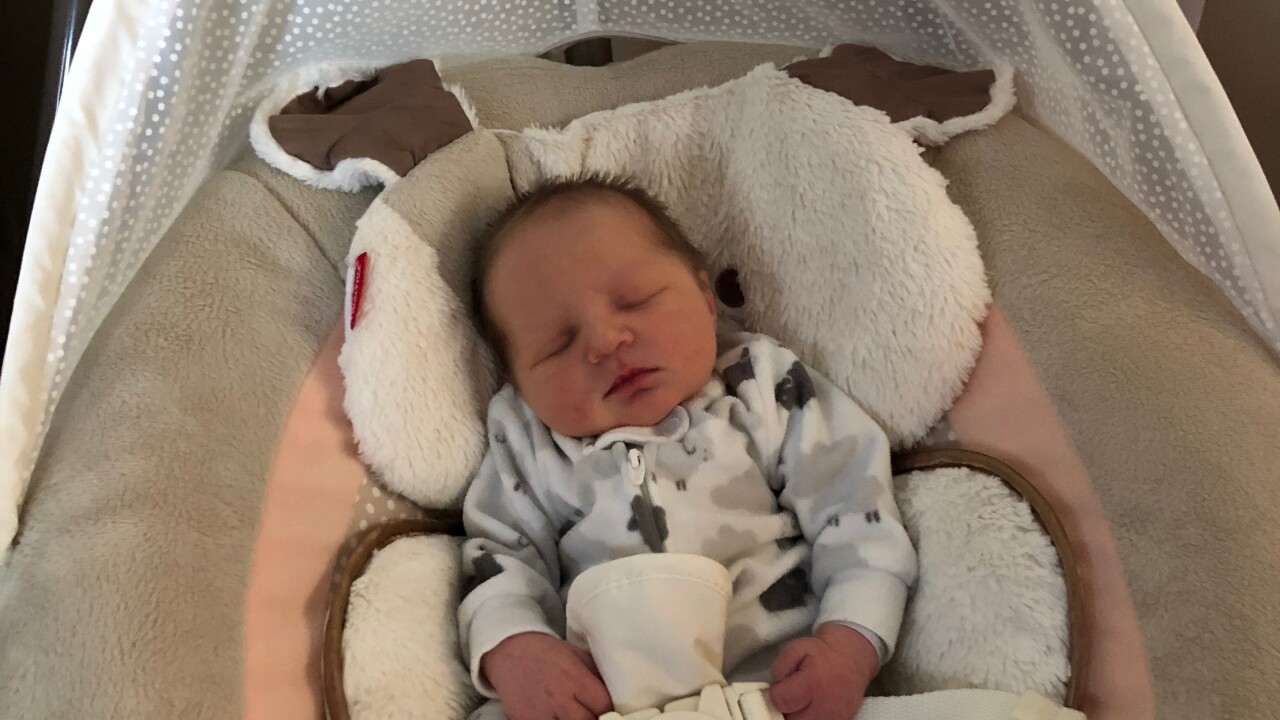 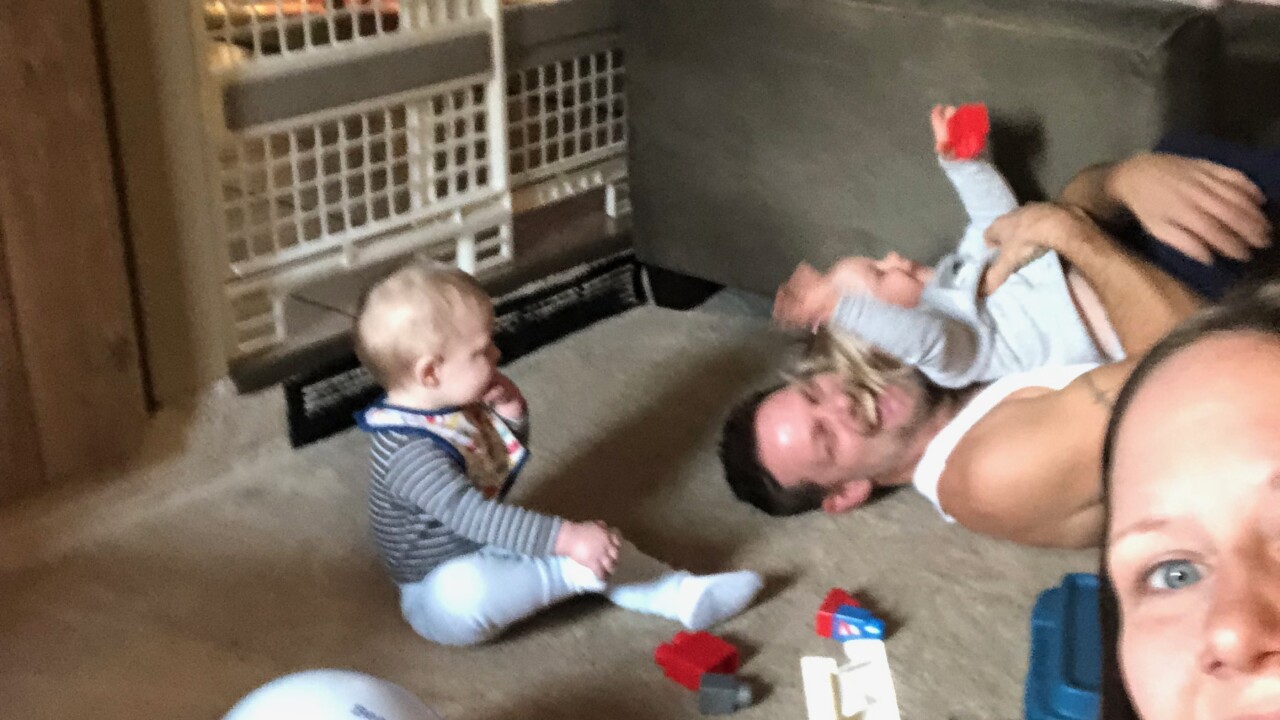 (WXYZ) — A family from Westland says when they noticed a mark on their newborn’s stomach, they took him to the doctor right away. But Allie and Jimmy Parker were stunned when a University of Michigan doctor accused them of abusing their baby.

“I thought we lived in America where you were innocent until you were proven guilty," Allie Parker told 7 Investigator Heather Catallo. "We were guilty until we proved we were innocent.”

When Dylan was 6 weeks old, the Parkers noticed a strange mark on his stomach. The infant had been in his baby swing that morning. A pathologist later testified that the mark resembled the swing’s harness buckle, but because it looked like a bruise the Parker’s pediatrician said they needed to go to the hospital.

Instead of sending them to the emergency room closest to their home, their doctor told them to go to University of Michigan hospital.

“'I want you to go to U of M’s emergency room,'" Allie recalled the doctor saying. "'I’ve already called and they’re expecting you.'”

The Parkers say they later found out that the Child Protection Team at C.S. Mott Children’s Hospital had already been activated. It’s a team made up of social workers and specialists known as Child Abuse Pediatricians. Dr. Bethany Mohr is the director of that team.

“So, one of my biggest pet peeves in terms of terminology is the word accident,” said Dr. Mohr during a presentation she gave to first responders back in 2015 that the 7 Investigators covered.

“They went into autopilot: bloodwork x-rays, CT scan,” Allie said. “They came back and told us he had a rib fracture, which shocked us. Why would our 6-week-old have a rib fracture?”

Jimmy said he thought the accusation was outlandish.

“I was like, 'Honey, they think we hurt him,'" Jimmy said. "And it was still kind of unbelievable."

Allie and Jimmy say they were not told Dylan’s four rib fractures were 5 to 7 weeks old, which experts say means they could have occurred during delivery. The Parkers say they also were not told about Dylan’s other lab results.

“Nobody ever brought up the fact that his vitamin D was so low,” Allie said.

The Parkers say they later learned Dylan was born with rickets and had very fragile bones. However, at the time, they could not explain his injuries to Dr. Mohr.

“Before she spoke with Jimmy, before she even examined Dylan, she – from her personal cell phone – called someone at CPS and said I have Ms. Parker here and she wants to know if she can continue to nurse Dylan," Allie said.

Allie said she then broke down.

"Now you’re telling me I can’t even nurse my son,” she said.

Child Protective Services workers removed Dylan and 1-year-old Isabella from the Parkers' care, and for 3 weeks Allie and Jimmy were not allowed to see their babies at all.

“We didn’t get to get up at night and get to rock him at night, sing to him,” said Allie Parker through tears.

“Parents have a constitutional right to parent their children,” said attorney Lisa Kirsch Satawa. “And when you interrupt a breast-feeding mom and child you are disrupting the bond, you’re disrupting the ability to parent.”

Satawa says she knew she needed to bring in outside experts when she saw Dr. Mohr’s statement in her report that “Dylan’s bruising is diagnostic of physical abuse.”

“Which is an extreme amount of medical certainty," Satawa said. "And I had never seen a doctor ever in my 25 years of doing child abuse cases say that it was diagnostic of abuse."

Satawa eventually got the Parkers supervised visitation with their kids. After 8 months and a lengthy trial, a Wayne County judge dismissed the case and apologized to the Parkers saying in his ruling, “I heard a lot deeper science from some of the other witnesses than I heard from Dr. Mohr.”

“She’s in a position of enormous unquestioning power," Satawa said. "I mean, when she says it’s child abuse – no one says, ‘oh no it’s not,’ until these people have had their kids taken away and have a lawyer actually challenge, investigate on their own and challenge the finding."

Allie said she works hard as a mother to make her kids happy and healthy.

“We are not rich but we do whatever we can to make sure those kids are happy and healthy," Allie said. "And for someone to tell me that I’m not doing a good job and to go so far to say that I would hurt one of them – it’s not right. It’s just not right."

Mary Masson, Director of Public Relations for Michigan Medicine declined our request to interview Dr. Mohr, but sent us this statement:

“To protect patient privacy, we can’t discuss a specific patient’s care. It is important to note that under Michigan law, all medical providers are mandated to report any suspicion of child abuse or neglect. Failure to do so can result in criminal and civil liability, as well of loss of licensure for the medical provider.

We want to stress that Michigan Medicine’s child protection team has extensive expertise and uses evidence-based medicine in analyzing medical findings to evaluate whether injuries are suspicious for child abuse. This team does an exhaustive review of information at C.S. Mott Children’s Hospital when there is suspected abuse of an infant or child. This is an extremely valuable team that protects the safety of children.

The team is responsible for providing the most accurate medical diagnosis to the appropriate agencies and cooperating with investigations, but U-M providers do not make decisions or recommendations about whether or how cases are pursued; including criminal prosecution, termination of parental rights, or removal of children from their homes. Our medical providers are often subpoenaed to appear in court regarding children they have personally evaluated and are required by the courts to testify.

Several years ago, Michigan Medicine was one of two health systems in the state that served as a consultant to assist Children’s Protective Services in interpreting medical findings in cases of suspected abuse/neglect. The contract with Michigan Medicine ended in December of 2015 and we have not contracted with the State of Michigan for consults since that time.

Child abuse pediatrics is a sub-specialty with board certification through the American Board of Pediatrics, just like other pediatric specialties.”

The Parker Family has set up a Go Fund Me page to help offset their legal bills.