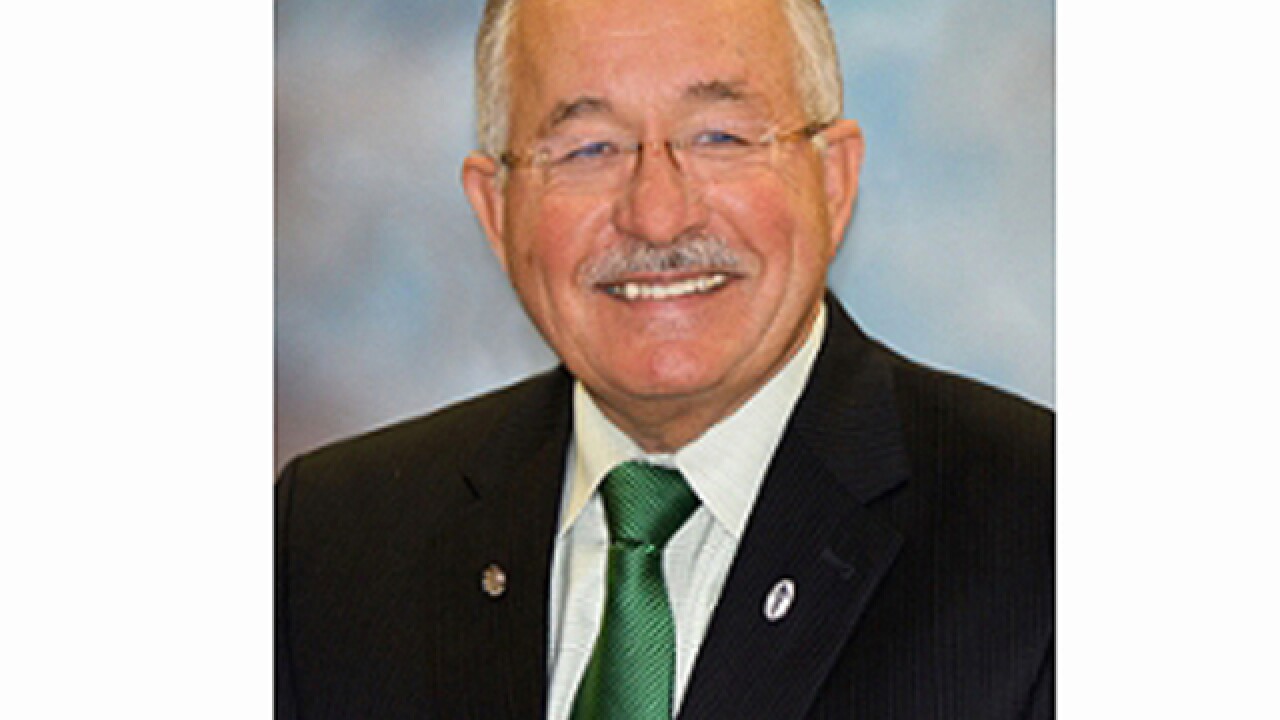 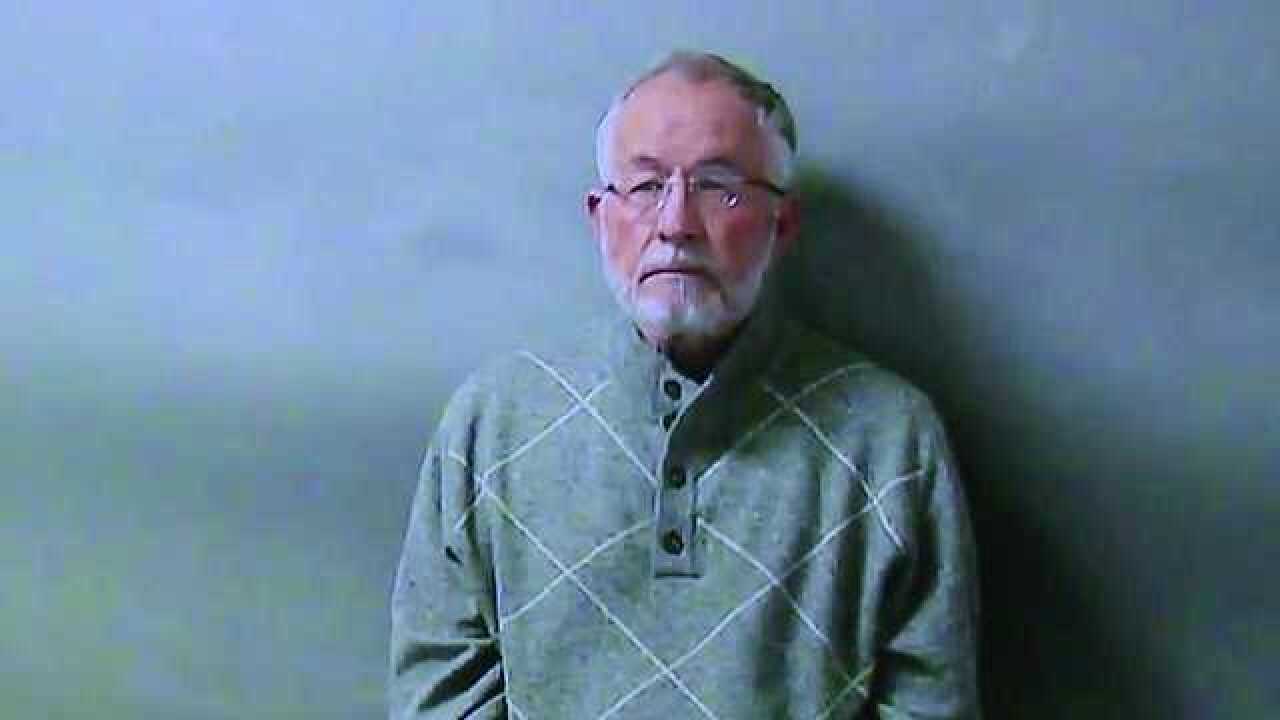 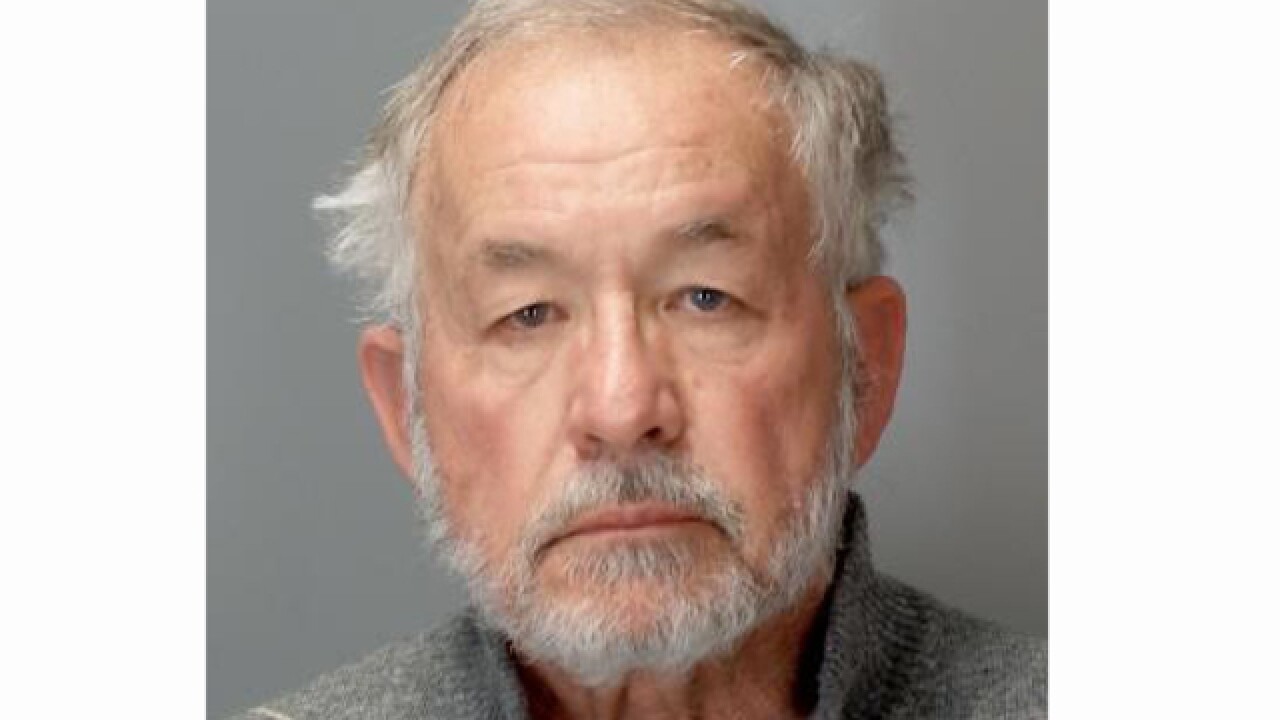 A Michigan State University official who oversaw a clinic that employed Larry Nassar was charged Tuesday with sexually propositioning female medical students and compiling nude student "selfies" on his work computer, in the first charges to spring from an investigation into how complaints against the disgraced former sports doctor were handled.

William Strampel, who until December was dean of the College of Osteopathic Medicine, also was charged with failing to enforce or monitor protocols set for Nassar after a female patient complained of inappropriate sexual contact.

The 70-year-old Strampel, who has been jailed, was arraigned on the charges this afternoon. Bond was set at $25,000.

The complaint, which alleges Strampel solicited nude photos from at least one female medical student, said he used his office to "harass, discriminate, demean, sexually proposition, and sexually assault female students in violation of his statutory duty as a public officer."

His computer contained approximately 50 photos of female genitalia, nude and semi-nude women, sex toys and pornography. "Many of these photos are of what appear to be 'selfies' of female MSU students, as evidence by the MSU clothing and piercings featured in multiple photos," according to the complaint.

He is also accused of grabbing students' buttocks on the dance floor at the college's annual ball and at a scholarship dinner.

The maximum penalty for the charges ranges from one year in jail to five years in prison.

Nassar, 54, pleaded guilty to molesting patients and possessing child pornography and is expected to spend the rest of his life in prison. Strampel is accused of letting Nassar continue to treat patients unchecked by protocols that were supposedly put in place — thus allowing Nassar to "commit a host of sexual assaults against new victims until, following news reports of additional allegations against Nassar, MSU finally terminated his employment over two years later," the complaint says.

Strampel announced his leave of absence as college dean — for medical reasons — in December.

Strampel told police last year that he never followed up after ordering Nassar in 2014 to have a third person present when providing treatment to "anything close to a sensitive area," and that any skin-to-skin contact should be minimal and explained in detail.

Nassar was fired in 2016 for violating that rule. His dismissal came less than a month after former gymnast Rachael Denhollander filed a criminal complaint saying Nassar had sexually assaulted her with his hands while treating her for back pain years earlier.

Strampel told a campus detective and FBI agent in 2017 that he did not check to see if Nassar was following the guidance because Nassar had been "exonerated" in an investigation of a patient's complaint and that the imposed guidelines were "health care 101." At least 12 reported assaults occurred after the probe ended, including many during which Nassar made ungloved skin-to-skin contact when no chaperone was present, according to a university police report.

The school has also come under scrutiny for not sharing the full conclusions of the Title IX investigation with Amanda Thomashow, the woman who complained. A simultaneous campus police probe of Nassar resulted in no charges being filed. And a teen's 2004 complaint to Meridian Township police also led to no charges after Nassar offered an aggressive defense and insisted he was using a legitimate medical technique.

“One of the first actions I took upon my appointment as interim president of Michigan State University in early February was to pursue revocation of tenure and removal of former Dean William Strampel. As explained then, it was plainly evident he had not acted with the level of professionalism expected of an MSU employee, particularly one holding an office that involves student and patient safety.

MSU will continue to cooperate with all official investigations related to sexual assault or other misconduct. But we have and will do more. With our action to revoke tenure, we are sending an unmistakable message that employees who do not treat students, faculty, or anyone else appropriately are subject to administrative discipline up to and including firing.  Allegations about Strampel’s own behavior as well as lack of attention to the conduct of Larry Nassar now have resulted in criminal charges against him from the Michigan Attorney General. Some of the allegations about his personal conduct, especially conduct toward students, are disturbing. Today’s charges confirm our belief that he has fallen short of what is expected and required from academic leadership. They are not in alignment with this university’s values and they never have been.

His failings are unacceptable and that is why our work to change procedures, strengthen accountability and prevent sexual misconduct is so important.  While the crimes of one doctor and the misconduct of his dean do not represent our university, they do demand the scrutiny of everyone in order to assure individuals like these can never be in a position again to harm others.”

In February, interim Michigan State President John Engler announced plans to fire Strampel, who still has tenure that protects his employment as a faculty member.

More than 250 girls and women have sued Michigan State, Strampel and other current and former university officials, USA Gymnastics — where Nassar also worked — and others. Roughly 200 women gave statements in two courtrooms over 10 day of proceedings.

John Manly, a lawyer for many of the victims, said his clients were encouraged by the development.

"It demonstrates that (Schuette) is serious about investigating the systemic misconduct at MSU that led to the largest child sex abuse scandal in history and holding the responsible parties accountable," he said.

A Michigan State spokeswoman said the university would continue cooperating with any investigations and pointed to Engler's past statements.

"William Strampel did not act with the level of professionalism we expect from individuals who hold senior leadership positions, particularly in a position that involves student and patient safety," Engler said last month.