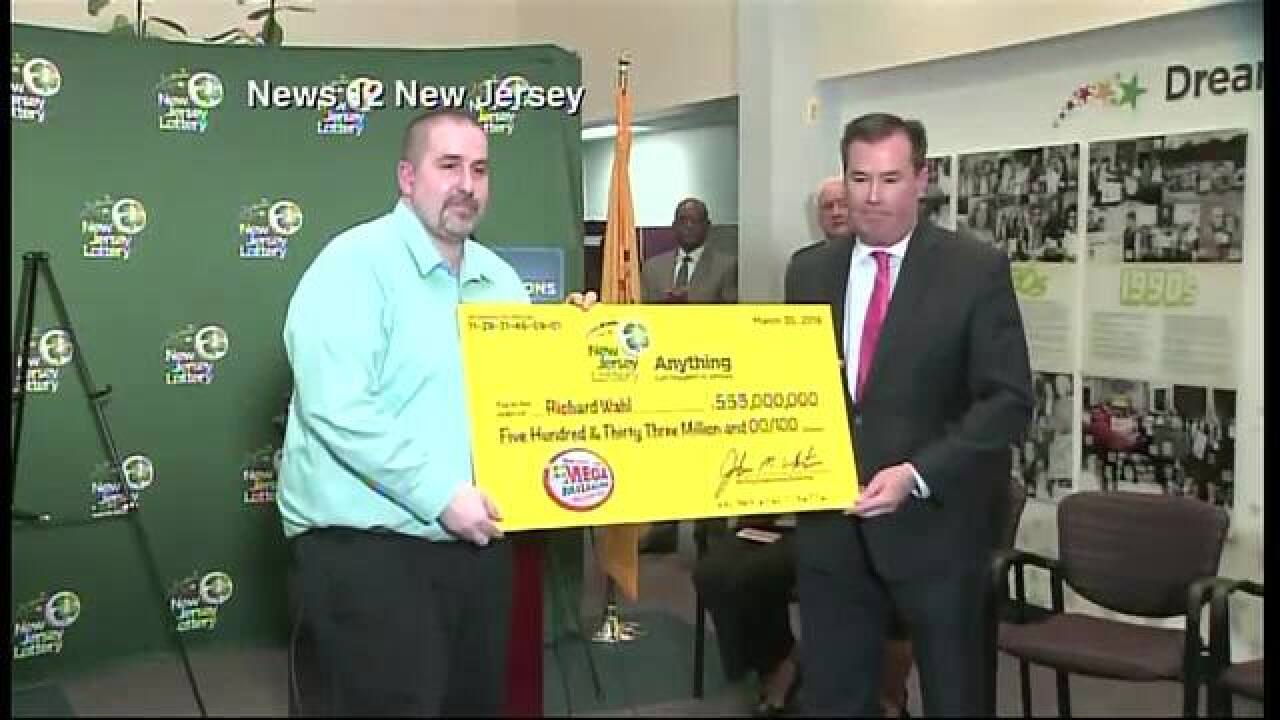 The winner of the $533 million Mega Millions jackpot is a Michigan native.

Richard Wahl, a 47-year-old production manager at a food service company from Vernon, New Jersey, bought the winning ticket at a gas station.

Wahl moved to New Jersey from Michigan, and said he'd like to rebuild a 1964 Corvette, as well as do charity work with his money.

Winners don't have the option to be anonymous in New Jersey, officials said. They are also required to participate in a press conference.

The owner of the gas station won a $30,000 check for selling the winning ticket.