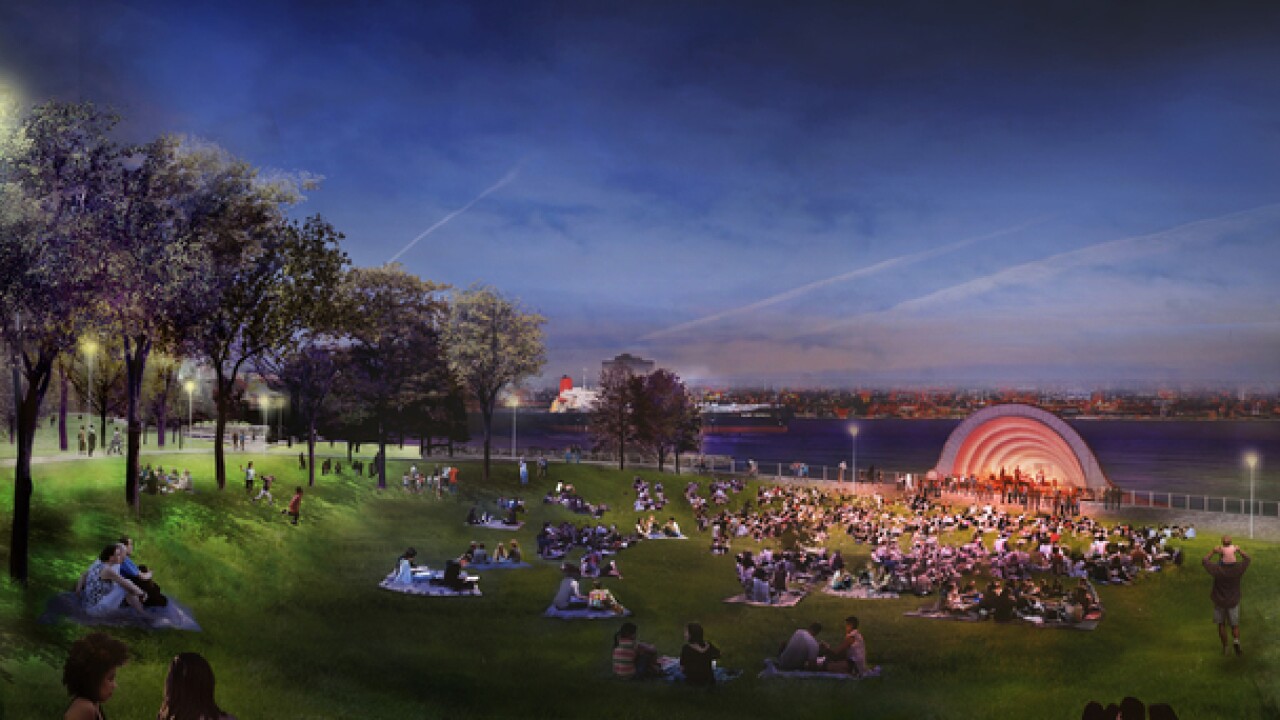 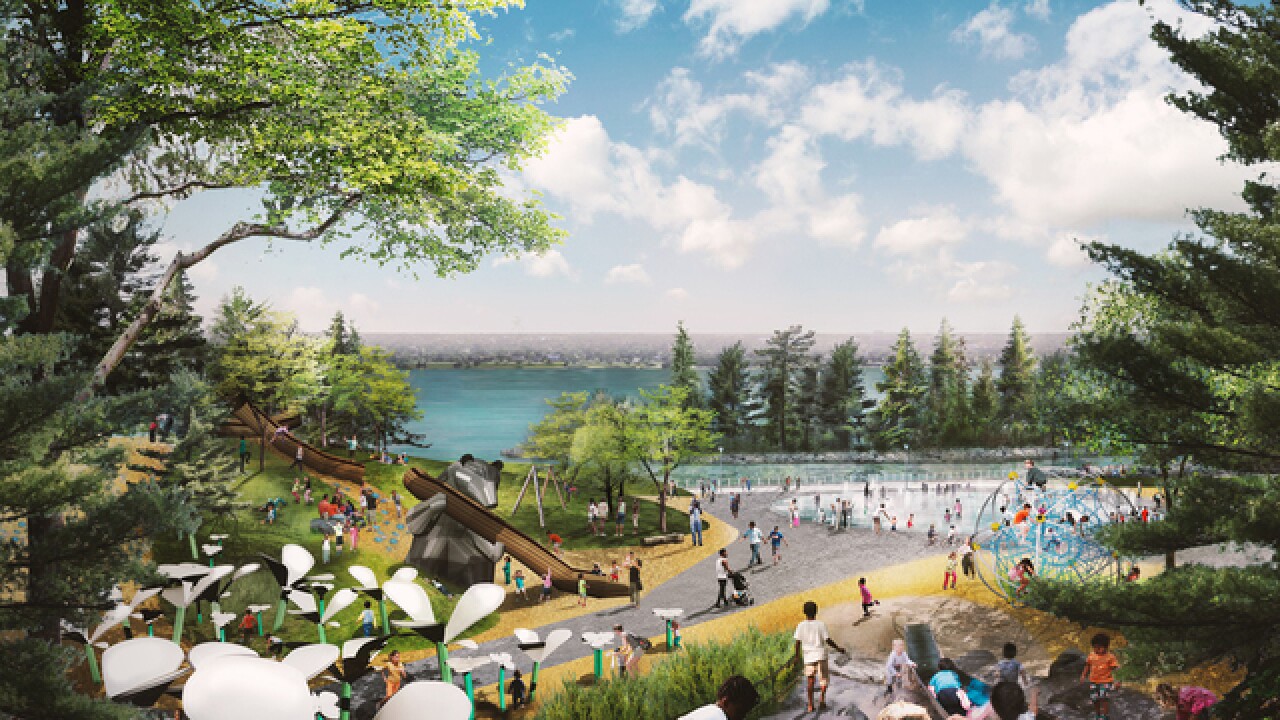 The Detroit Riverfront Conservancy announced the winner who will work to transform Detroit's West Riverfront Park.

Michael Van Valkenburg Associates was chosen as the winner, beating out three other world-renowned design firms who pitched their plans earlier this year.

The $50 million redesign of the 22-acre park will include a large cove for people to interact directly with the Detroit River, an interactive playground featuring large-scale versions of Michigan animals and a sports house for recreation and educational activities.

"It was love at first sight when I saw the Detroit River," s Van Valkenburgh said in a release. "I immediately recognized that this new park could draw the city to the water's edge.  My team and I spent a lot of time exploring Detroit and meeting many Detroiters in the process.  We're looking forward to making West Riverfront Park an amazing place."

On top of that, MVVA brought on Sir David Adjaye, an internationally-recognized architect who was most recently named one of TIME Magazine's 100 most influential people and was also knighted by the Queen of England.

MVVA has been responsible for the Brooklyn Bridge Park in Brooklyn and Maggie Daley Park in Chicago. Adjaye most recently worked on the Smithsonian Musuem of African American History.

"Our vision for he Detroit Riverfront is bold and aspirational," DRFC Board of Directors Chair Matt Cullen said in a release. "This is a special moment for our city."

Based in Brooklyn, MVVA will work with local partners include LimnoTech from Ann Arbor, PEA in Detroit and NTH Consultants in Northville.

The plan is part of the conservancy's vision of 5.5 miles of revitalized riverfront that they say goes "bridge to bridge," meaning it stretches from the Ambassador Bridge to the MacArthur Bridge on Belle Isle.

The east riverfront is 85 percent complete, so now the work turns to the west riverfront.

Those firms and the renderings of their designs are below:

The competition came because of a $345,000 grant from the Ralph C. Wilson Jr. Foundation's "livable communities" focus area.

"A project of this importance and impact comes along once in a lifetime," Foundation President & CEO David Egner said in a release. "A transformed West Riverfront Park improves the quality of life for Detroiters by providing the community where everyone can come together as one."

The next steps include the Conservancy working with MVVA to engage the public in honoring the final design elements of the park.