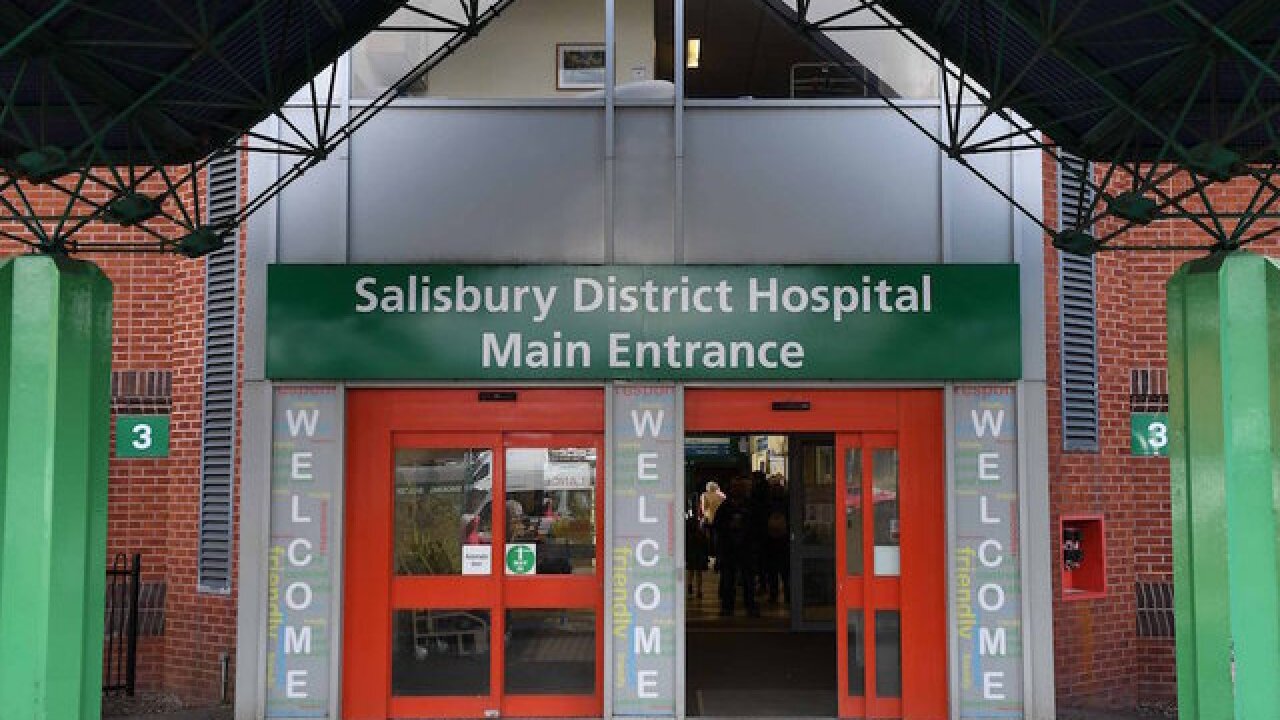 © 2018 Cable News Network, Inc.
Chris J. Ratcliffe/Getty Images
<p>British counter-terrorism officers have joined the investigation into how two critically ill people came to be exposed to an "unknown substance" in a town in southern England.</p>

The pair remain in critical condition in a hospital in Amesbury, just a few miles from Salisbury, where former double agent Sergei Skripal and his daughter were poisoned with Novichok in March. The UK government suspects the Skripals were victims of a Russian attack .

British counterterrorism officers are investigating the possibility of a connection between the two attacks, said Neil Basu, Assistant Commissioner for Counter Terrorism at London Metropolitan Police. But no evidence so far suggests the couple was specifically targeted, he said.

"I don't have any intelligence or evidence that they were targeted in any way. There is nothing in their background to suggest that at all," Basu said.

"We are not in a position to say whether the nerve agent was from the same batch that the Skripals were exposed to. The possibility that these two investigations might be linked is clearly a line of inquiry for us."

What we know about the victims

The two victims are both British nationals local to the area, according to police in Wiltshire, the county in which Amesbury is located.

Wiltshire Police said they were initially believed to have fallen ill after using crack cocaine or heroin from a contaminated batch. On Monday, due to concerns over their symptoms, samples from both patients were sent to a laboratory for analysis.

"Following the detailed analysis of these samples, we can confirm that the man and woman have been exposed to the nerve agent Novichok, which has been identified as the same nerve agent that contaminated both Yulia and Sergei Skripal," Basu said.

British news agencies have named the two people as Charlie Rowley, 45, and Dawn Sturgess, 44. Sam Hobson, a friend of the pair, also confirmed their names in an interview with Agence France-Presse.

Paramedics were called to an address in Muggleton Road, Amesbury the morning of June 30 after a woman collapsed at the property, Deputy Chief Constable of Wiltshire Police Paul Mills told reporters earlier Wednesday.

"They were called back later the same day, supported by colleagues from Dorset and Wiltshire Fire and Rescue Service, following reports a man had also fallen unwell in the same location."

British Prime Minister Theresa May and government ministers were treating the incident with "the utmost seriousness," her spokesman told CNN.

Authorities have cordoned off several sites in Amesbury and Salisbury that the couple is believed to have visited before they fell ill, Basu said.

He warned of an increased police presence, which will include officers wearing protective equipment. "This will look similar to some of the activity that took place in Salisbury earlier this year," Basu said, referring to the Skripal investigation.

"Again, this is a precautionary, but necessary measure that allows officers to safely carry out meticulous and systematic searches for evidence to support the investigation. This must be done with great care, as you will appreciate, to ensure there is no outstanding risk to both those brave officers and the public," he said.

On Tuesday, Amesbury Baptist Church was cordoned off, with police standing guard at the entrance. Church secretary Ray Collins told CNN he believed the victims attended a family fun day at the church on Saturday, though he did not know who the pair were.

A Boots pharmacy in the town center was also cordoned off, with police at the entrance telling CNN it was closed "as a precaution."

Additionally, the Queen Elizabeth Gardens and a nearby supported-living facility in Salisbury have been closed off, as has another property in Amesbury, according to Wilshire Police.

Salisbury District Hospital is open as usual and is advising people still to attend routine appointments unless they are contacted to state otherwise.

A Public Health England (PHE) spokesman said: "The current advice from PHE England, based upon the number of casualties affected, is that it is not believed that there is a significant health risk to the wider public. This will be continually assessed as further information becomes known."

The March incident in Salisbury sparked a diplomatic dispute between the UK and Russia after British investigators blamed Moscow for the attack.

Russia has denied the allegations , but more than 20 other countries kicked Russian diplomats out of their countries in a show of support for the UK .

Sergei and Yulia Skripal have since been discharged from the hospital.