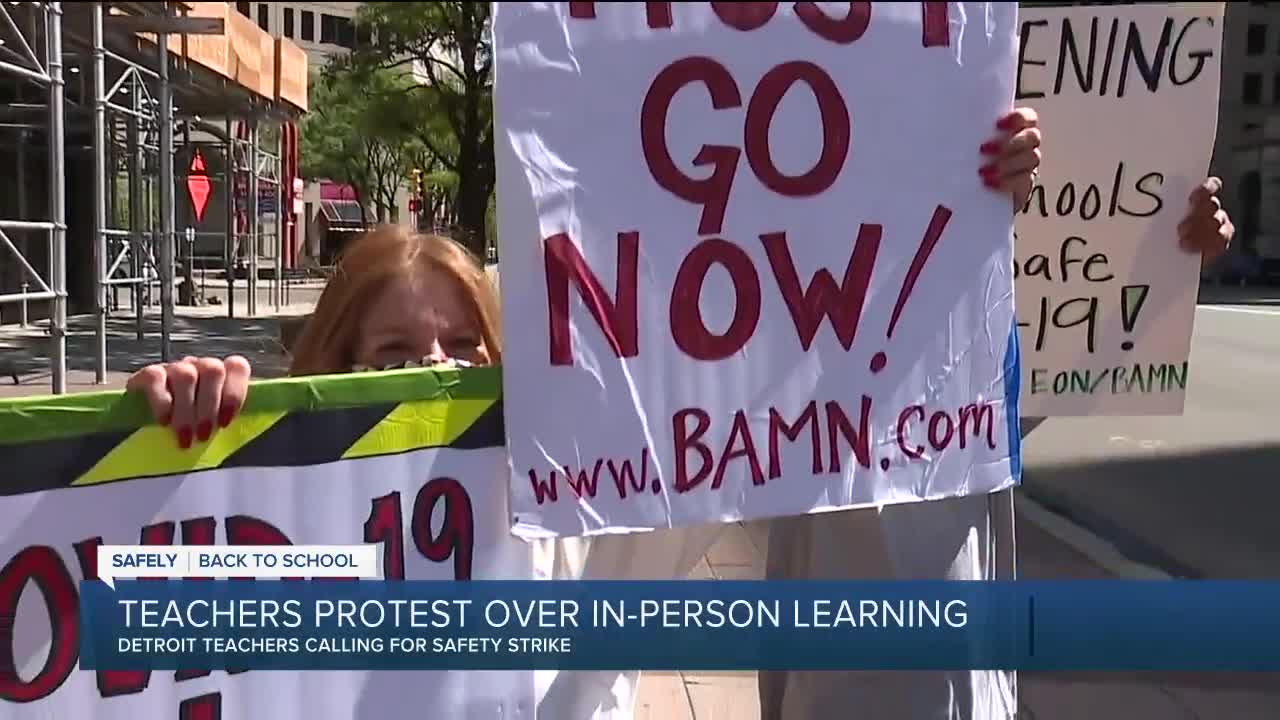 The Detroit Teachers Union is upping its bargaining chips over the district’s re-opening plans. 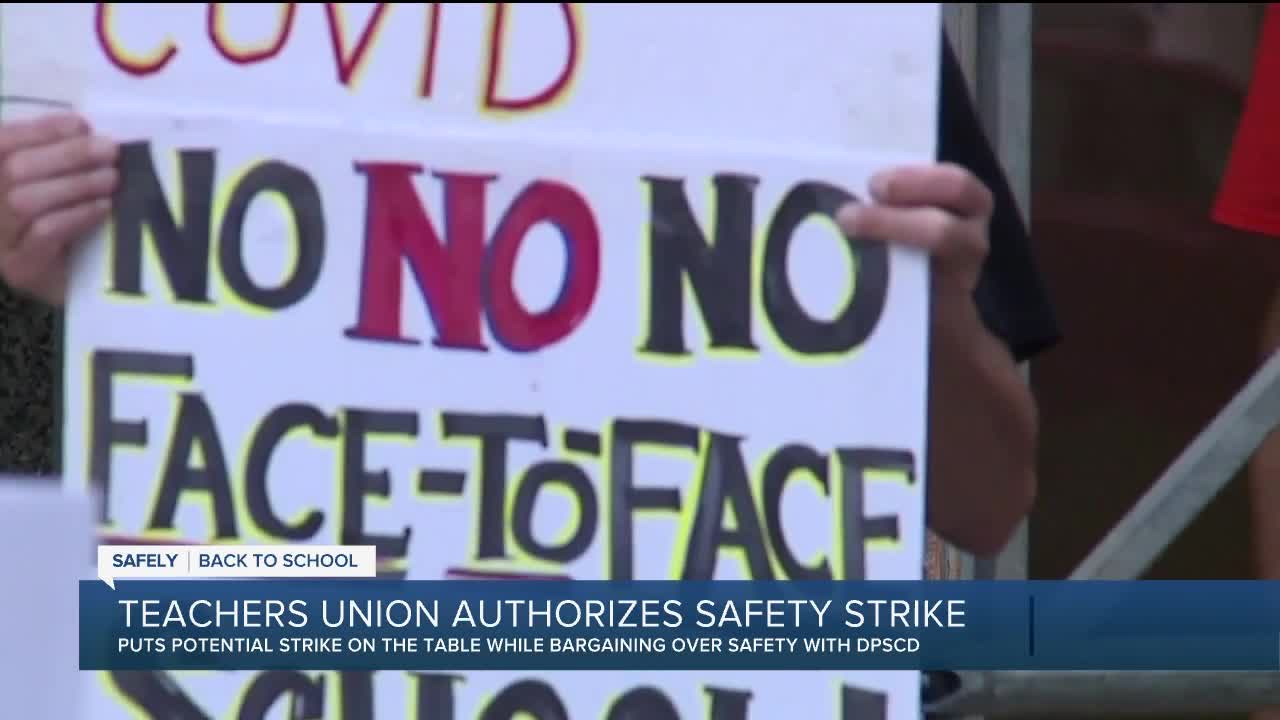 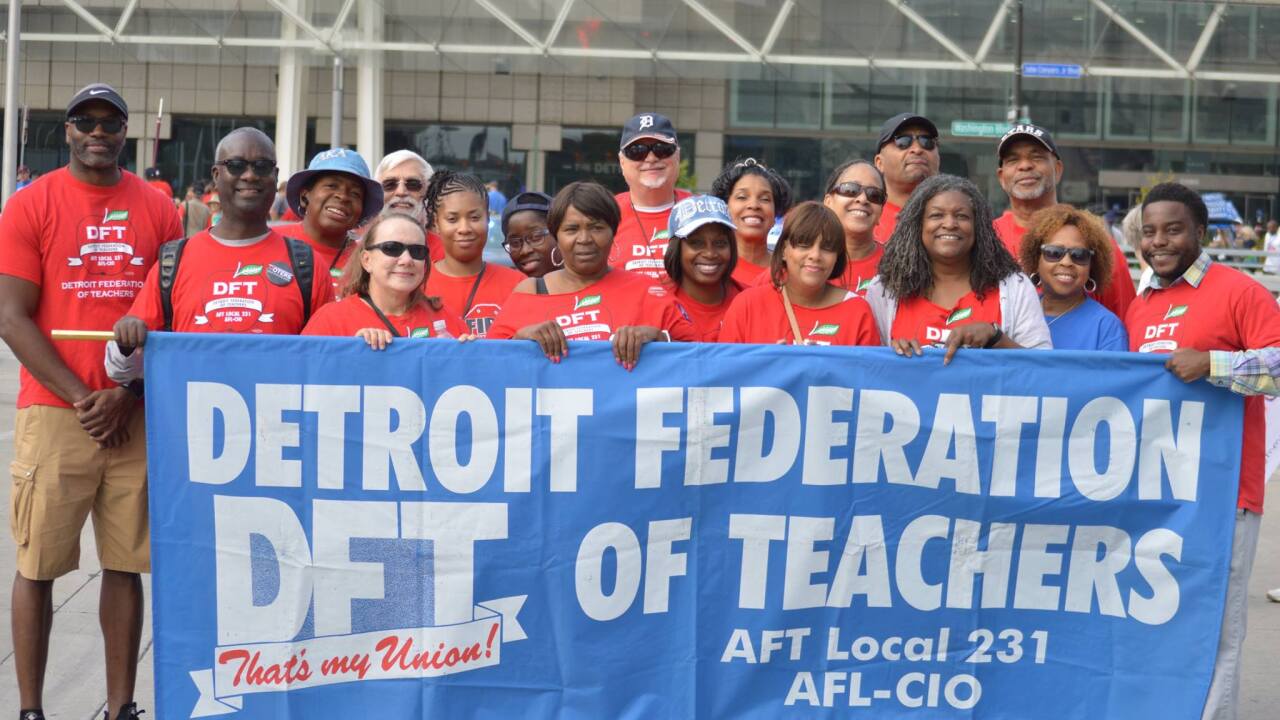 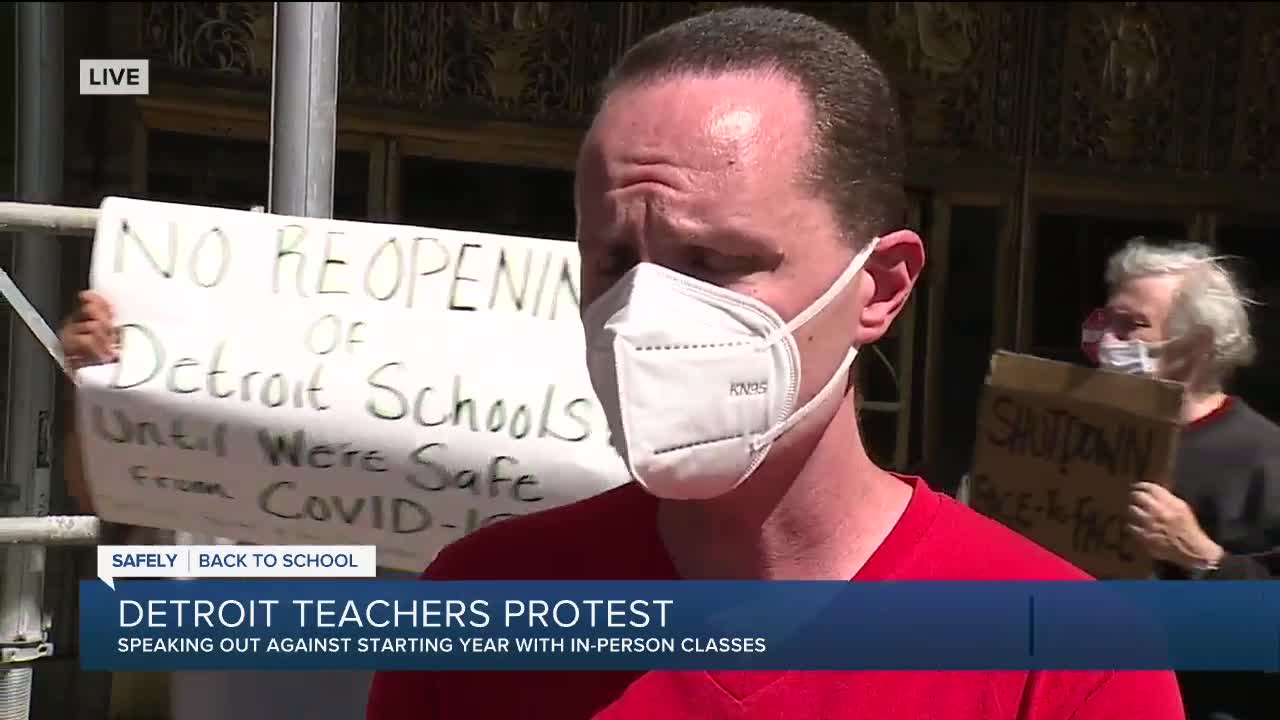 DETROIT (WXYZ) — The Detroit Teachers Union is upping its bargaining chips over the district’s re-opening plans.

In an overwhelming majority Wednesday night, the union voted to authorize a potential strike, as negotiations continue.

About a dozen teachers protested in front of the Fisher Building in New Center on Thursday.

“It is not worth risking that for our young people just to have schools open," Benjamin Royal, a 5th grade DPSCD teacher said. "It’s not worth the trauma that they will suffer when they bring that virus home to their parents and grandparents.”

He and many other teachers feel that opening up schools could lead to community outbreaks.

Wednesday night, the Detroit Federation of Teachers agreed that if they need too, they’ll be on the picket lines before they’re in the classroom.

"91 percent of our members have authorized this safety strike," said one DFT member.

The vote came down Wednesday in an emergency special meeting news cameras weren’t allowed in.

The union president says teachers are ready and willing to teach online, but that sending them and students back in person is putting everyone in jeopardy, and that if negotiations with the district don’t lead to an agreement, they’re prepared to strike.

"While we acknowledge the action taken today by DFT, we are also confident the School Board and the District in discussion with DFT will result in a safe reopening of schools."@wxyzdetroit @SchoolsMichigan

"Under no circumstances are these schools in a state to reopen this fall."

7 Action News asked Detroit Schools Superintendent Dr. Nikolai Vitti for an interview — he declined, but released this joint statement along with the school board:

"While we acknowledge the action taken today by DFT, we are also confident the school board and the district in discussion with DFT will result in a safe reopening of schools."

"We're talking about public health.. This is a public health crisis and the only way to mitigate is to keep everything shut down especially the schools."

The CDC is reporting that COVID-19 cases are on the rise in children across the country, while at this point hospitalizations and death in kids is rare.

This leaves thousands of teachers and students in Detroit in limbo, as many are just a few weeks away from the start of the school year.

Negotiations between the teachers union and the district are ongoing.