3 former Detroit Tigers starters are pitching in the World Series 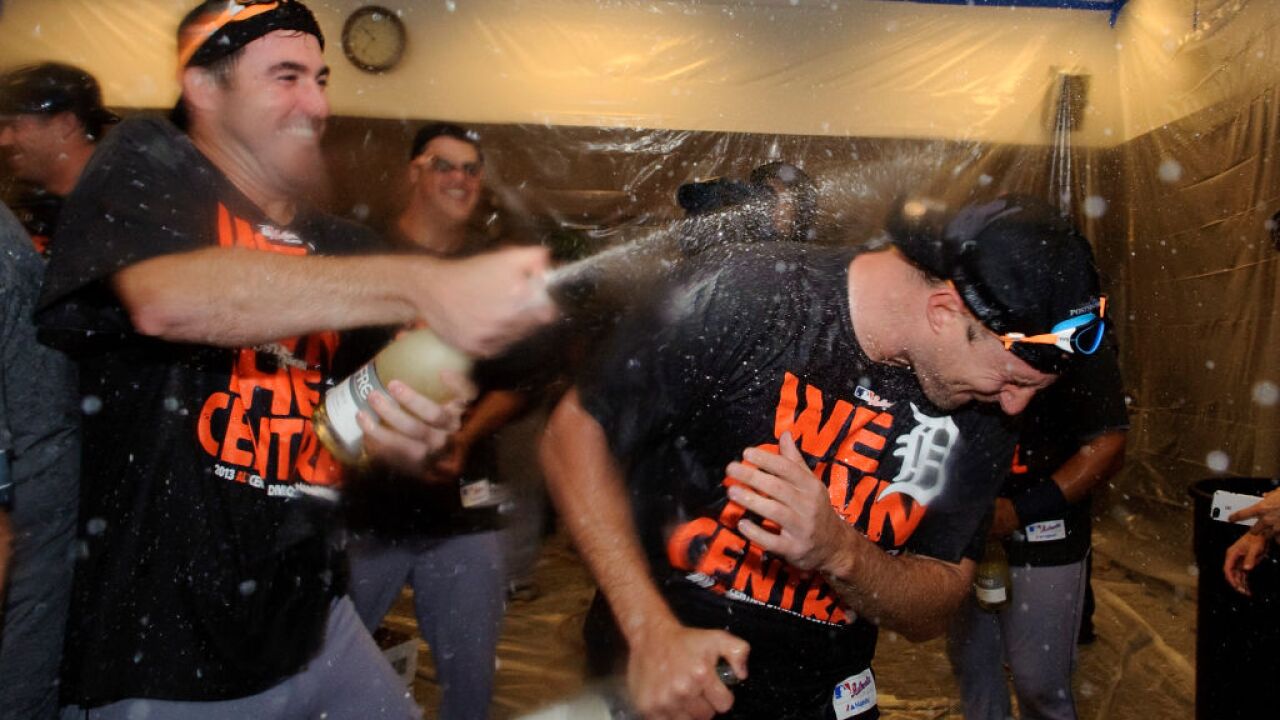 Hannah Foslien/Getty Images
MINNEAPOLIS, MN - SEPTEMBER 25: Justin Verlander #35 and Max Scherzer #37 of the Detroit Tigers celebrate with champagne in the clubhouse after a win against the Minnesota Twins on September 25, 2013 at Target Field in Minneapolis, Minnesota. The Tigers clinched the American League Central Division title with a 1-0 win over the Twins. (Photo by Hannah Foslien/Getty Images)

Verlander returns with the Houston Astros to the World Series – the first time since winning the title in 2017, while Scherzer and Sanchez are with the Washington Nationals.

In the 2012 World Series, Verlander started game 1 for the Tigers, Sanchez in game 3 and Scherzer in game 4.

When looking at the 2019 postseason, Sanchez has been dominant. He's started two games and has a .71 ERA with one win, according to MLB stats. In 12.2 innings, he's given up 5 hits and one run.

Who are you rooting for in this series?