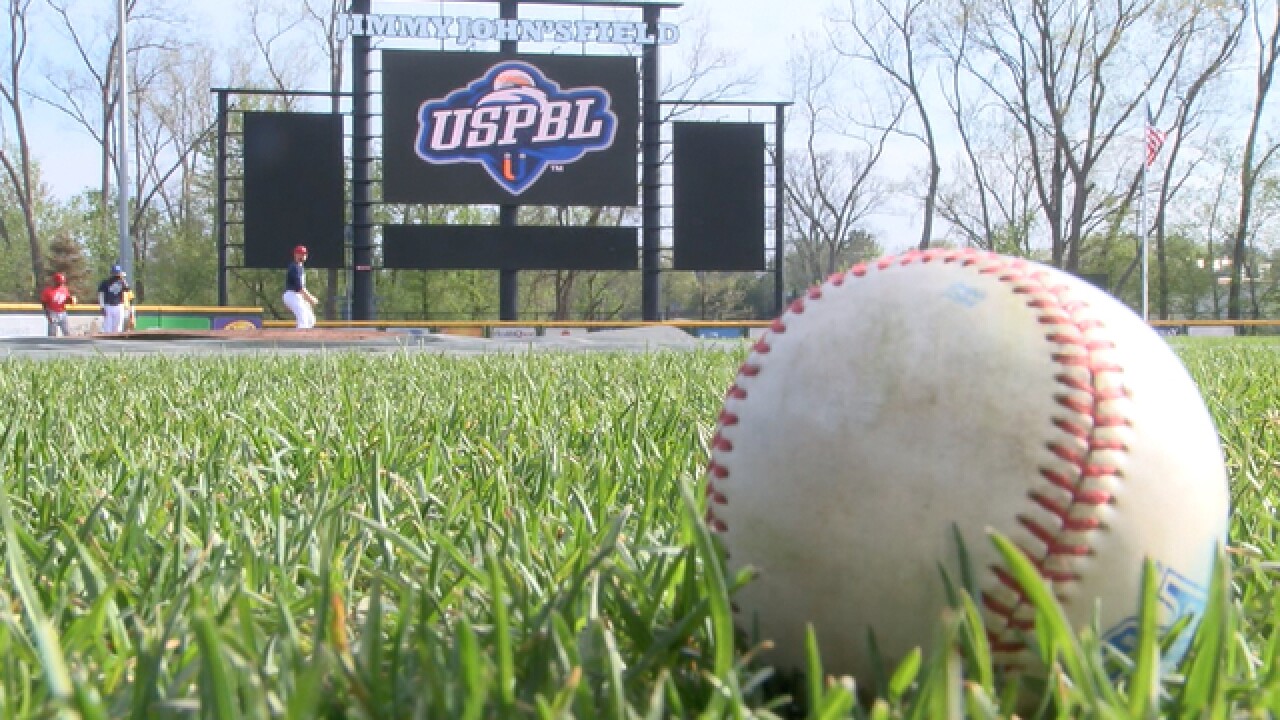 (AP) -- Limiting mound visits is one thing. But if you really want to control the length of a baseball game, there are other, more direct ways of doing it.

One small league in Michigan is taking an unusual step.

The United Shore Professional Baseball League says starting Thursday, its public games will not begin an inning after the 2-hour, 25-minute mark. Director of baseball operations Justin Orenduff says the idea is to give fans some certainty on when a game will be over if the pace of play is lagging.

"What we're in hopes of is, we know that if it's 9 o'clock and the game is still maybe dragging in terms of overall speed, then the family still may stay and get the full experience of the game," Orenduff said. "Stay to the conclusion, because they know that there's a time limit in place."

The USPBL is a four-team league that bills itself as a "developmental finishing school" for players trying to reach the majors. Not all of its games are open to the public. The league was launched in 2016 and plays in Utica, just north of Detroit.

The USPBL's time limit comes as officials through all levels of baseball consider how to expedite play. The major leagues have adopted pace-of-play changes, such as limiting mound visits . In the minors, extra innings start with a runner at second base.

What the USPBL is doing is more drastic, obviously, but Orenduff says the pressure of a time limit might speed up play.

"Unintended consequences could be the guys are rushing out there to get back out between innings, pitchers are warming up," he said. "There's no kind of dead time. Guys are kind of staying in the box. So we could see guys just naturally starting to kind of go about their business in a faster rate."

Orenduff said right now, the average game for the league takes about 2:47.

Putting a time limit on the game could certainly alter strategy, and could lead to some time wasting from the leading team, although USPBL teams may not have enough of a win-at-all-costs mentality for that.

"We've definitely brought that up," Orenduff said. "I said, `Look, if a guy's got a lead with 15 minutes left, I don't want a mound visit, I don't want someone throwing over 20 times. I don't want a guy doing the soccer flop on the field."'

Orenduff said the league is also trying to come up with an innovative way to finish games that are tied, although he wasn't ready to share details yet.

What's clear is that leagues like the USPBL have some leeway if they want to try out some unorthodox ideas.

"We have to always look at it from the business side of the fan experience, but also balance that with baseball and maintain the integrity of the game," Orenduff said. "We don't want to do anything that jeopardizes the game that our players will play at the next level. We're not kind of creating a different game, so to speak. But at the same time, we understand that people have to choose what they want to do with their spare time. We want the USPBL to be something they choose often."