Andre Drummond out for Pistons against Harden-less Rockets 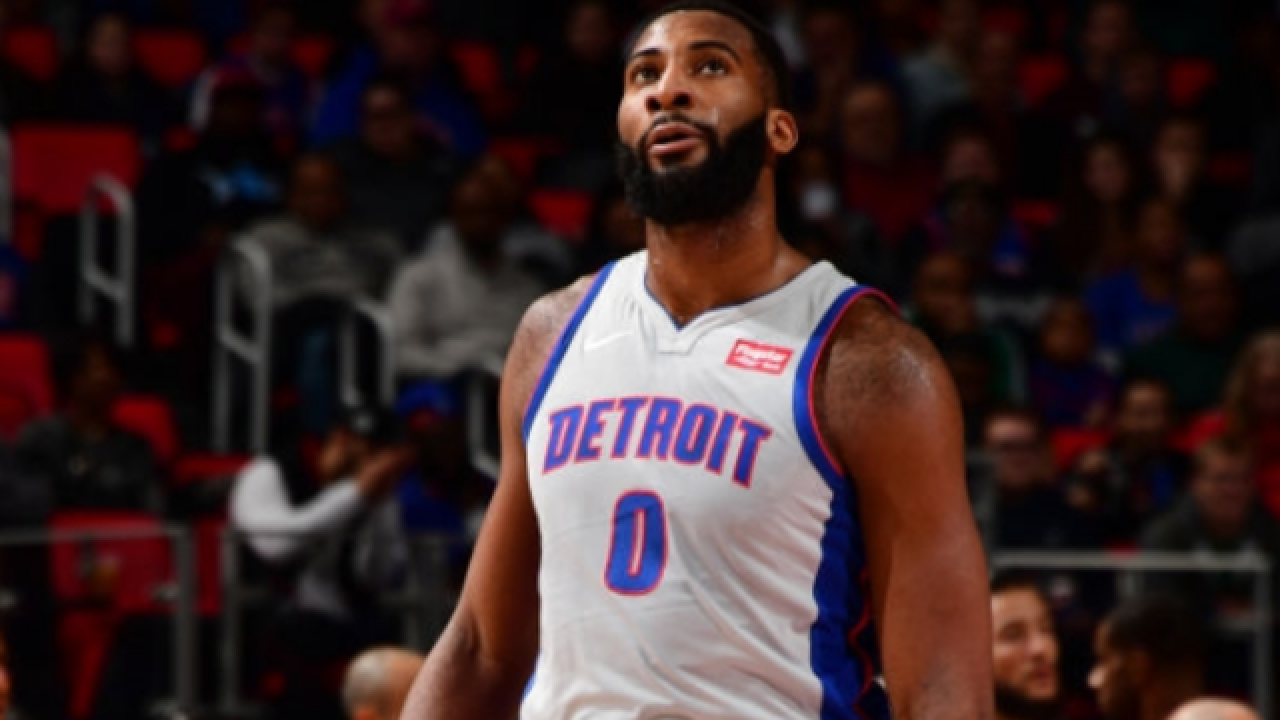 Copyright Getty Images
Chris Schwegler
<p>DETROIT, MI - DECEMBER 30: Andre Drummond #0 of the Detroit Pistons looks on during the game against the San Antonio Spurs on December 30, 2017 at Little Caesars Arena in Detroit, Michigan. NOTE TO USER: User expressly acknowledges and agrees that, by downloading and/or using this photograph, User is consenting to the terms and conditions of the Getty Images License Agreement. Mandatory Copyright Notice: Copyright 2017 NBAE (Photo by Chris Schwegler/NBAE via Getty Images)</p>

DETROIT (AP) -- Andre Drummond is out for Detroit's game Saturday night against Houston because of a right rib contusion.

The star center played in Friday night's loss at Philadelphia , but the Pistons are holding him out against the Rockets. Detroit is also missing point guard Reggie Jackson, out with a right ankle sprain.

Houston isn't close to full strength either. James Harden is missing a third straight game with a hamstring strain.