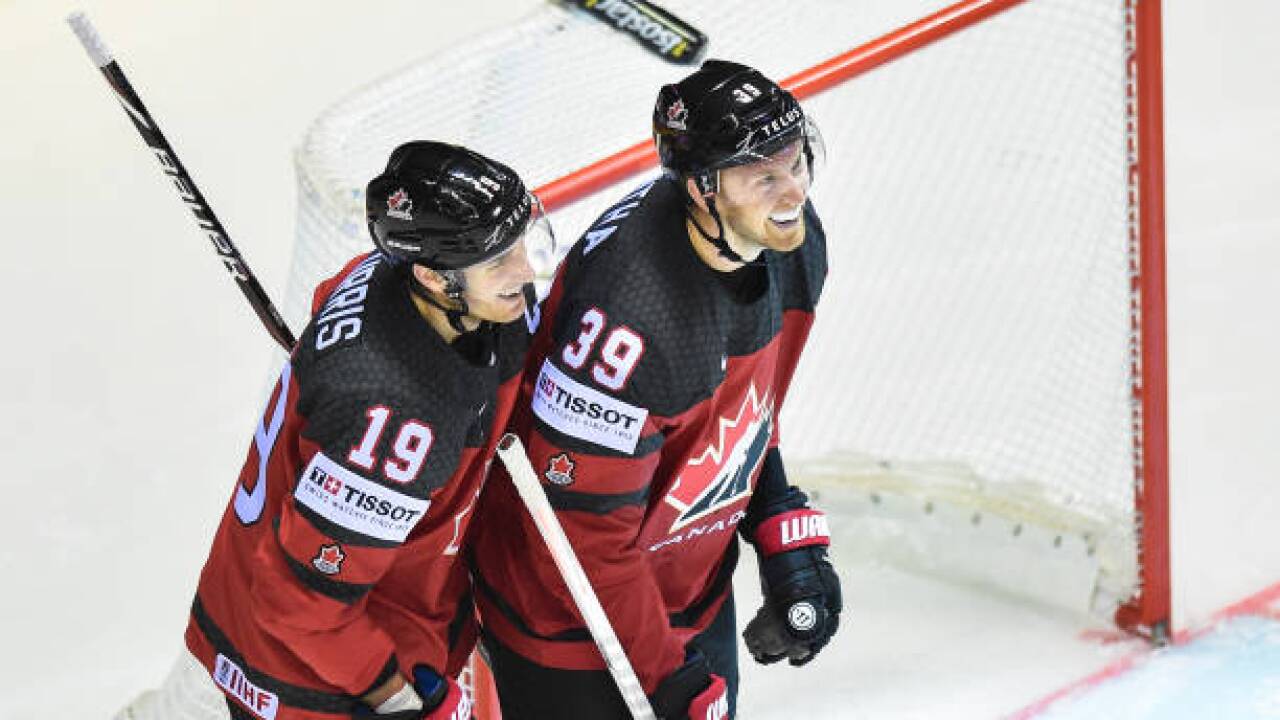 KOSICE, Slovakia (AP) -- Anthony Mantha and Kyle Turris both scored twice as Canada bounced back from a defeat to Finland by trashing Britain 8-0 at the ice hockey world championship on Sunday on a day of big wins for big teams.

Mantha added three assists and Mathieu Joseph, Dylan Strome, Dante Fabbro and Sean Couturier contributed a goal each as Canada cruised through the Group A game in Kosice, outshooting their opponents 56-12.

Britain returned to the top division after a quarter of a century.