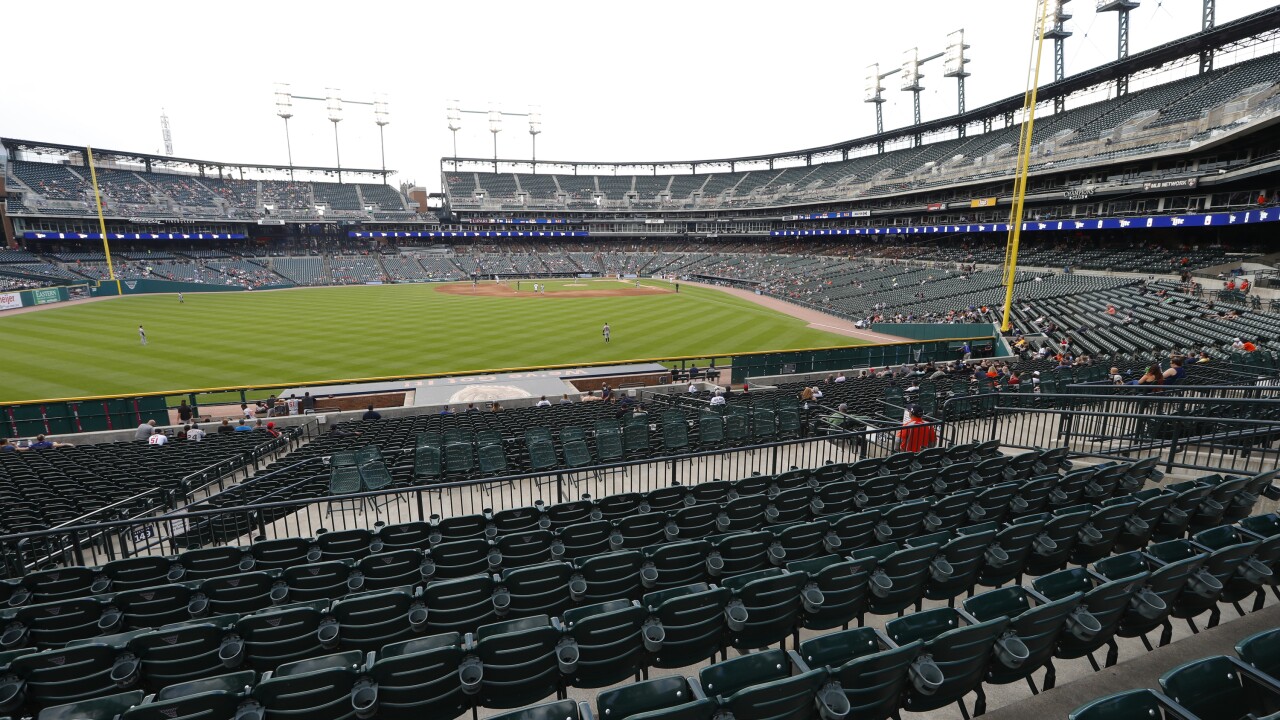 NEW YORK (AP) — Baseball players appeared likely to propose increasing the number of regular-season games this year while holding to their demand for full prorated salaries, people familiar with their deliberations told The Associated Press.

A day after Major League Baseball proposed a sliding scale of salary slashing for a pandemic-delayed season in ballparks without fans, the union held a conference call that included its executive board, player representatives and alternate player representatives, the people said. They spoke on condition of anonymity because no details were announced.

One of the people said many players were angered by the proposal teams made Tuesday. It was unclear when the union will respond to MLB’s plan, the people said.

Stars Mike Trout and Gerrit Cole would lose the most under MLB’s plan, about 77% of the $36 million each they were set to be paid this season. In all, there are 133 players whose contracts call for salaries of $10 million or more, not including shares of signing bonuses.

A big leaguer earning $1 million or less would keep at least 43% of his salary under the six-tier scale. That includes a share of $200 million earmarked for players that is contingent on the postseason being completed. About 460 of approximately 900 players on rosters and injured listswhen spring training was stopped in mid-March due to the new coronavirus make $1 million or less.

Trout and Cole would be cut to about $8 million each. Colorado’s Nolan Arenado would drop from $35 million to $7.84 million.

The players’ association called the proposal “extremely disappointing.” The union has argued players already accepted a cut to prorated shares of their salaries in a March 26 agreement and should not have to bargain again.

MLB would like to start the season around the Fourth of July in empty ballparks and proposed an 82-game regular-season schedule. It claims teams would lose billions of dollars by playing with no ticket money and gate-related revenue.

“This season is not looking promising,” New York Mets pitcher Marcus Stroman tweeted. “Keeping the mind and body ready regardless.”

“Hearing a LOT of rumors about a certain player agent meddling in MLBPA affairs,” Cincinnati pitcher Trevor Bauer tweeted Wednesday. “If true — and at this point, these are only rumors — I have one thing to say... Scott Boras, rep your clients however you want to, but keep your damn personal agenda out of union business.”

Boras did not respond to a request for comment on Bauer’s remarks.

“Working together to manage the public health issue has brought great solidarity among the players,” Boras said earlier in the day. “They are a strong united front and resolute in their support of the MLBPA.”

A season with more games would lead to players earning a higher percentage of their original salaries. MLB says that without fans each additional game would result in a $640,000 loss.

“It’s got to come together very quickly or we won’t be able to, we will just run out of time,” he said. “To pay players at a full contract rate, pretty much 90% of that would go to pay them and wouldn’t cover any other costs.”

Details of the plan have been disclosed to the AP by several people familiar with the proposal. They spoke on condition of anonymity because details had not been announced.

MLB’s proposal says that within 48 hours of the ratification of an agreement for player compensation terms and health and safety protocols, the commissioner’s office would announce a proposed timeline for the resumption of the season.

The resumption would include a training period of at least 21 days, and each team would be allowed a maximum of three exhibition games, all in the final seven days of the training period.

Opening day would be in early July, and the final scheduled regular-season game would be no later than Sept. 27 — the same as in the original 2020 schedule.

Issues such as roster size, trade deadlines, series length and treatment of the luxury tax would be delegated to a subcommittee.